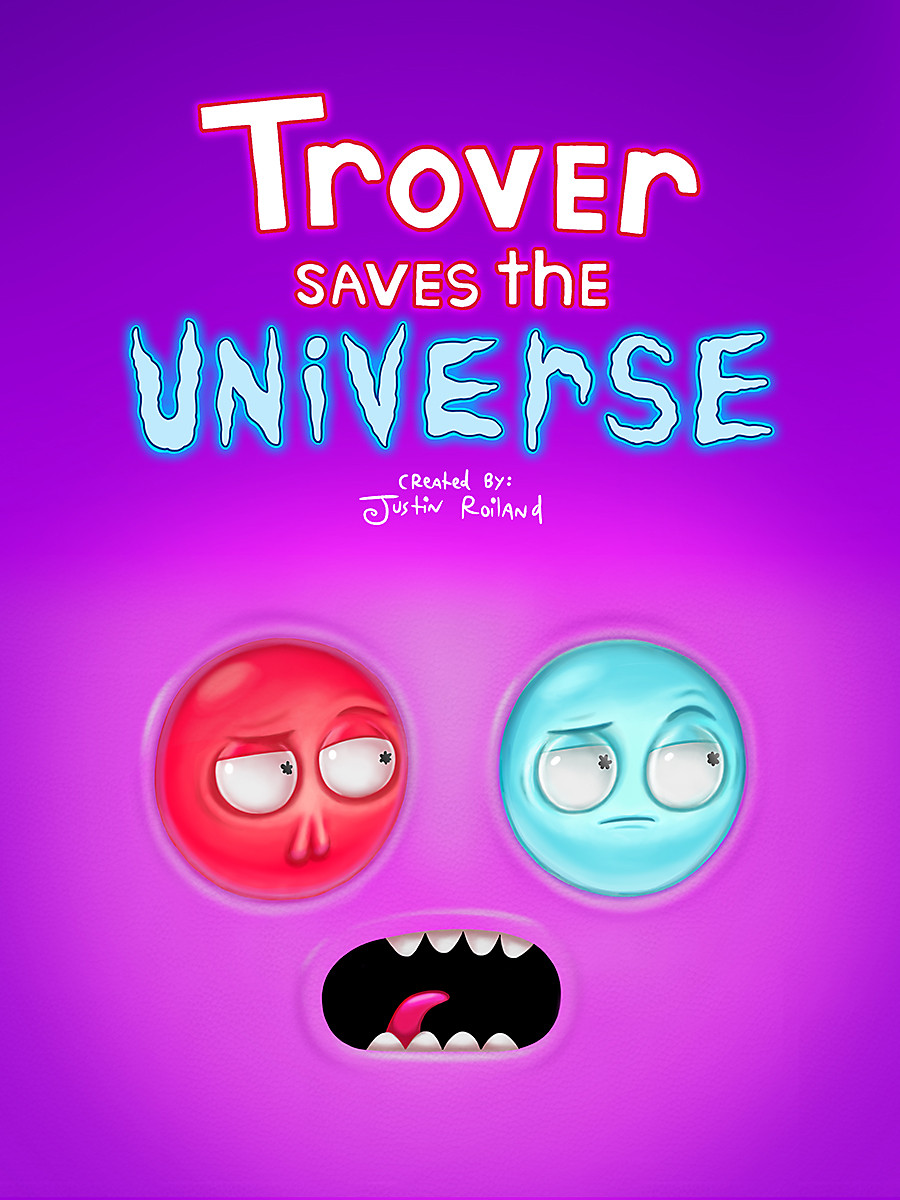 For PlayStation 4 owners who have been putting off nabbing its VR add-on, the time to slam the cash down for one is now. With the aid of Squanch Games and its founder Justin Roiland (Rick & Morty), the gaming subgenre of VR has delivered a golden calf. Its name: Trover Saves the Universe, and damn it all if it’s not the funniest video game that’s ever been made!

Your two dogs have been kidnapped by a beaked maniac named Glorkon, shoving the canines into his hollowed eyeholes and starting to rain chaos on everything. While sitting at home as your planet blames you for its troubles, a purple alien named Trover enters your life to help set things right. Of course, he doesn’t like you particularly, but there’s a task needing to get done for the right amount of coin. With the aid of a galactic transporter, your Chairoprian self must travel from place-to-place to gather up the necessary tools and upgrades to take down Glorkon and rescue the universe from utter destruction. 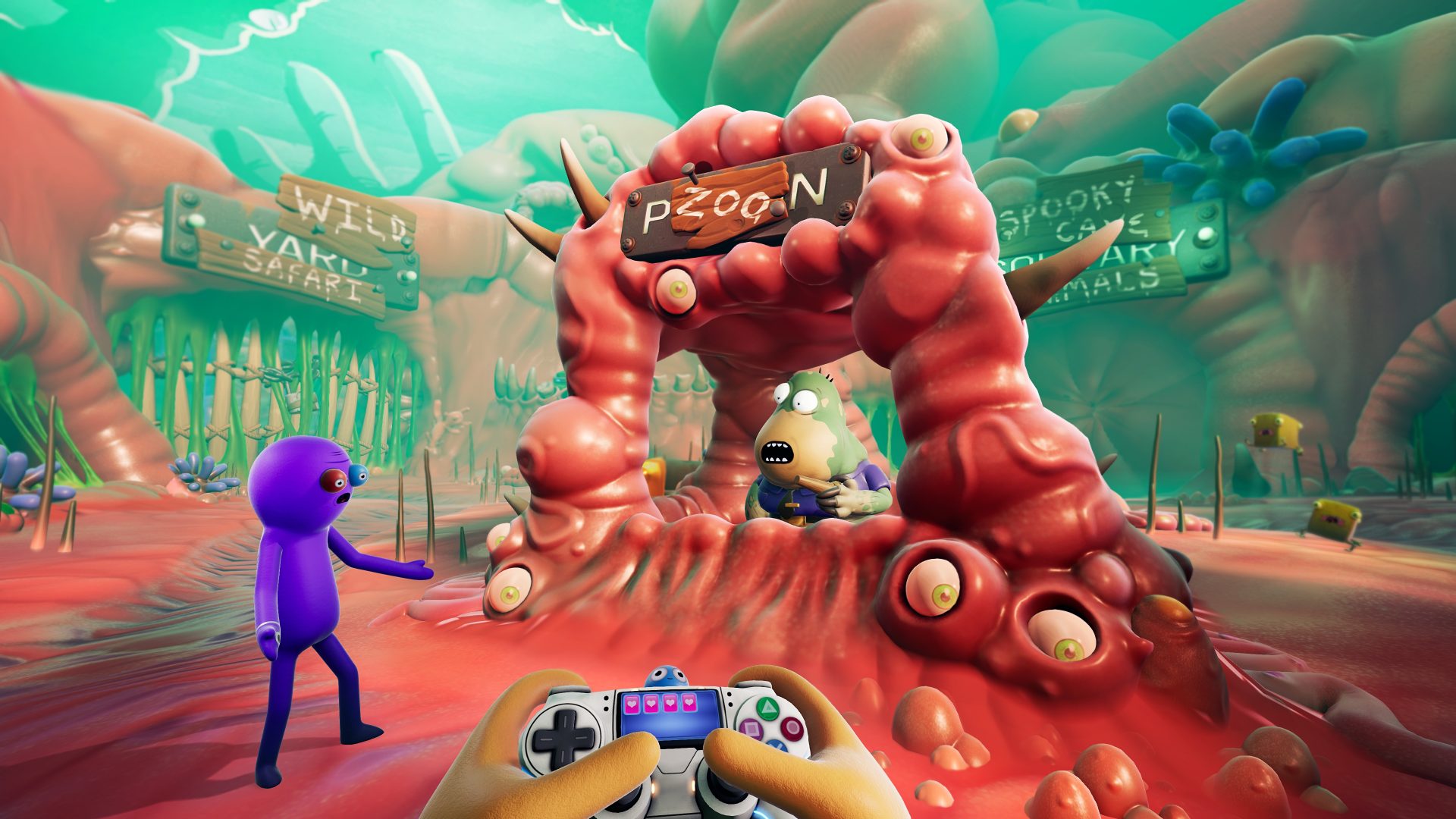 Taking more of a spirit from traditional platformers, Trover Saves the Universe has your character resting comfortably in his chair as you control the titular character around your surroundings. He beats up Glorkon clones, grabs items from high places, and does most of the filthy work that results in blood on his hands. Thankfully, you’re not just some slouch, as you work on discovering hidden areas, be the lookout, and even levitate and toss heavy items to solve puzzles and defeat bigger enemies. And as you progress and collect Power Babies to level up, the more cool skills you & Trover will learn to defeat the enemies even more-so.

On paper, the game sounds a little bit generic, but that’s before you add Roiland’s style of humor into the game. Those who have been following him since his House of Cosbys days knows that he’ll reach into the most twisted bowels of comedy to pull out a good laugh, which he greatly succeeds at doing throughout the game’s five-hour runtime. Characters throw feces at you, talk nonchalantly about the grossest of sex acts, and you accidentally slaughter the pets of the people responsible for giving you upgrades. No punches are pulled, to the point where some verbal and visual gags reach truly messed up levels of absurdity. 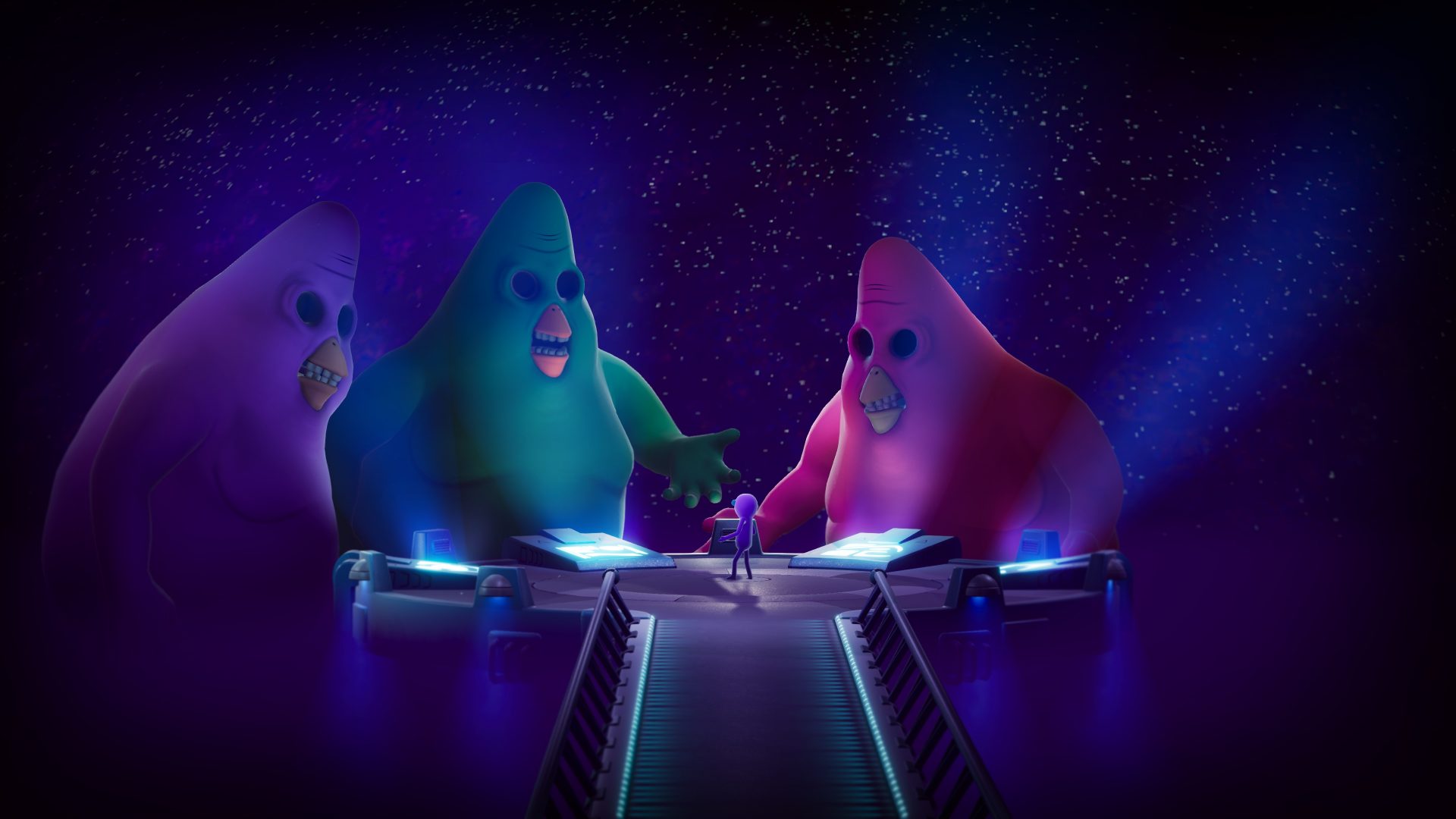 It goes without saying that you need to be a fan of this kind of comedy to fully enjoy Trover Saves the Universe. Fans of Rick & Morty know the many sick ways that the writers attempt to get a chuckle out of their viewers; this is no different. From AIDS and disgusting descriptions of bodily functions to racism accusations and suicide, every single line is crossed three times over for the sake of shocking its audience. Just when you think you’re used to its grossness, it pulls the rug right under you with another level of it’s truly screwed up sense of humor. And I loved every moment of it!

As for its gameplay, Squanch Games nails it like a top-tiered call girl. Juggling between controlling Trover’s actions and your own may sound difficult, but how it’s set up is shockingly easy. Players use the DualShock controller to maneuver Trover and attack enemies, while having your Chairorpian self teleported with ease via special glowing bases. From each spot, you can look around, reach bigger heights to see what’s up ahead, and even solve some challenging puzzles (with the exception of a couple, which Trover hilariously forces you to go another route to get around them). 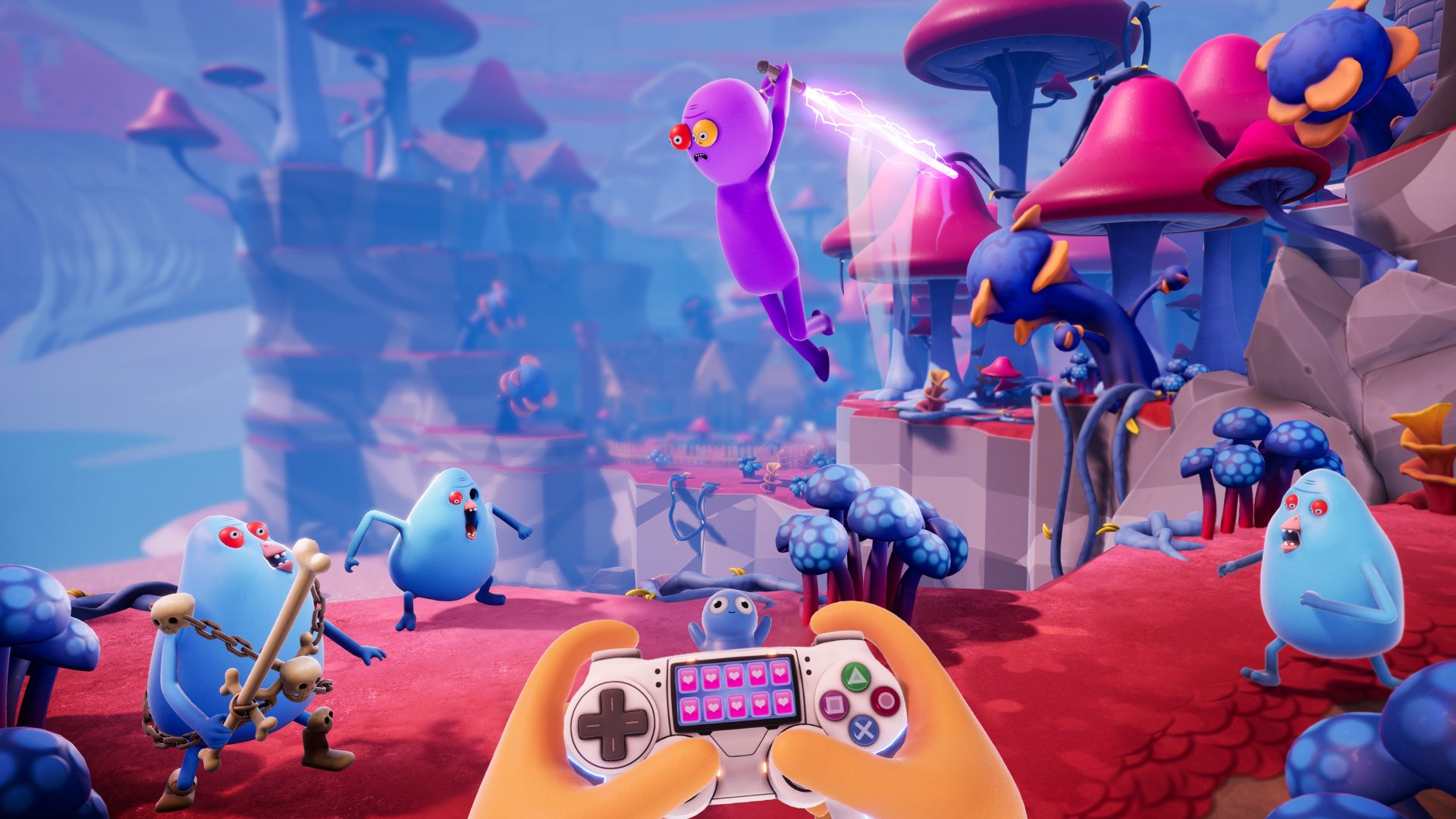 Playing with the PlayStation VR, Trover Saves the Universe demonstrates the need for truly immersive gaming. Every place you visit is the perfect blend of gorgeous and downright disgusting, with the creative worlds meshing surprisingly well with the downtrodden characters you interact with. It’s even fun seeing how the characters react to your, erm, reactions, either lashing out at you and Trover or being somewhat understanding despite just about everyone being racist towards Chairorpians. As the game is meant to be played sitting down, it’s also the most comfortable virtual reality game you might experience thus far (from a physical perspective, not entirely sure how you’ll handle the actual game yourself).

While the game is somewhat on the short side, there’s plenty of reasons to dive back into it. For one, collecting all the Power Babies in each area unleashes a truly secret ending, meaning you’ll probably spend a few more hours checking every crevice imaginable to find them. There’s also the recently-announced free DLC content, which will more than likely expand the realm and universes that you and Trover will visit in the near-future. Plus there’s probably a joke or two you missed before due to how much you might’ve been laughing over them, so there’s that too!

Not only does Trover Saves the Universe deliver one hilarious story, but it serves as one of the best and most immerse titles on the PlayStation VR. It’s fun, twisted, literally in your face, and a shining beacon of what one can accomplish with virtual reality. Trover Saves the Universe is an adventure worth every Schmeckle to experience, paving way to what virtual gaming can accomplish in the no-longer distant future.

Promotional consideration provided by Andrea Piotraszewki of Zebra Partners. Reviewed on the PS4.