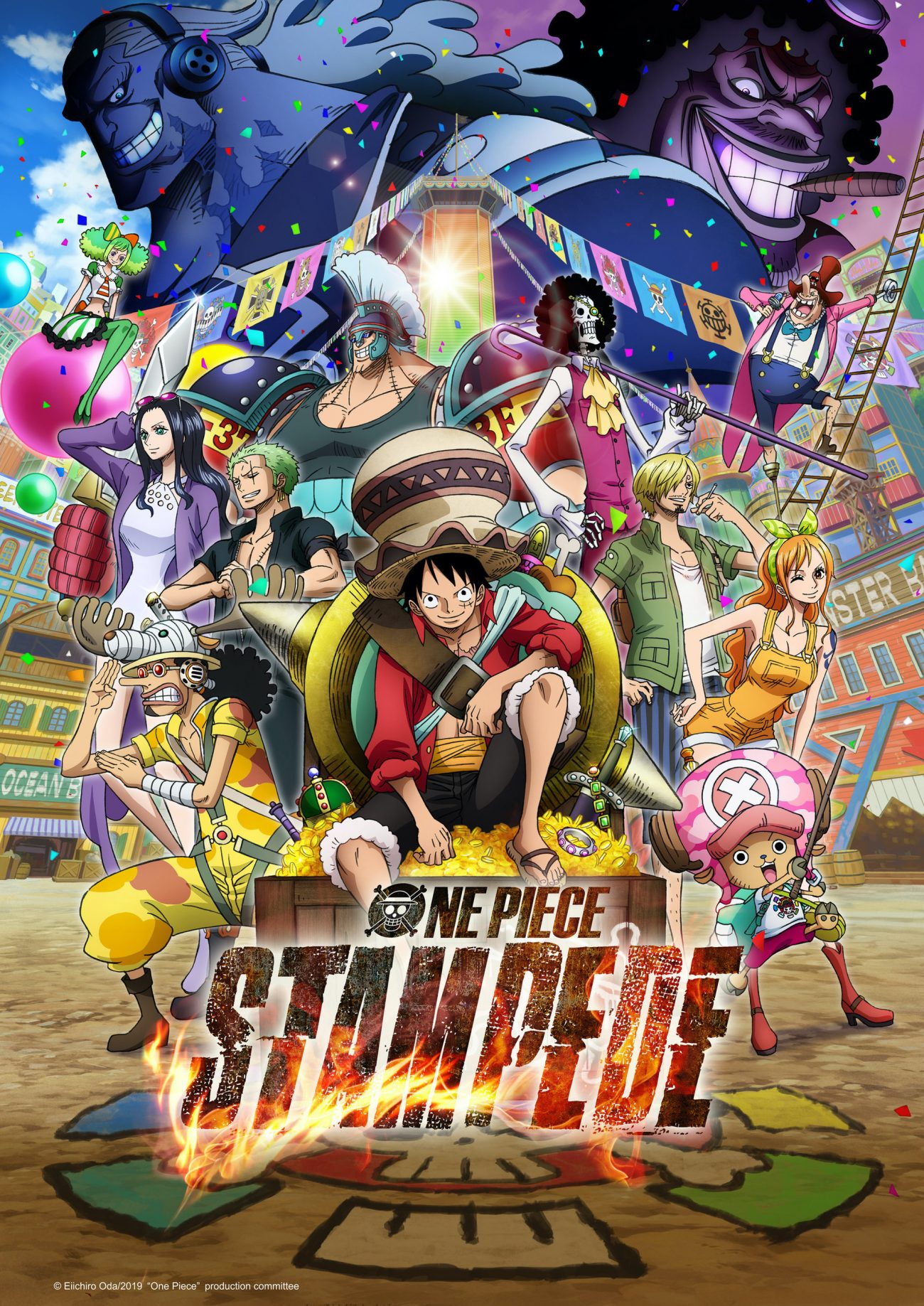 October 20, 1999. KoЯn and Limp Bizkit were the biggest names in America music. South Park and Family Guy merch flooded the racks of Spenser’s Gifts. Sega had just launched the Dreamcast, opening players’ eyes to the true future of gaming. Fears of the Y2K bug engulfed newspapers and newscasts. But over in Japan, a new anime was about to air that would change the face of shonen entertainment: One Piece.

It’s crazy to think that Eiichiro Oda’s creation is still running strong after two decades. Although it took a long time for Luffy’s adventures to hit it big in the States (no thanks to 4Kids mucking it up the first time around!), the phenomenon that this tale of the ultimate treasure hunt has given birth to movies, specials, stage plays, video games, and even an impending American live-action TV adaptation. So how does an iconic series like One Piece pop the cork of its champagne bottle for its twentieth anniversary? Simple: you have a party and invite everyone to it, as evident by the series’s fourteenth film One Piece: Stampede! 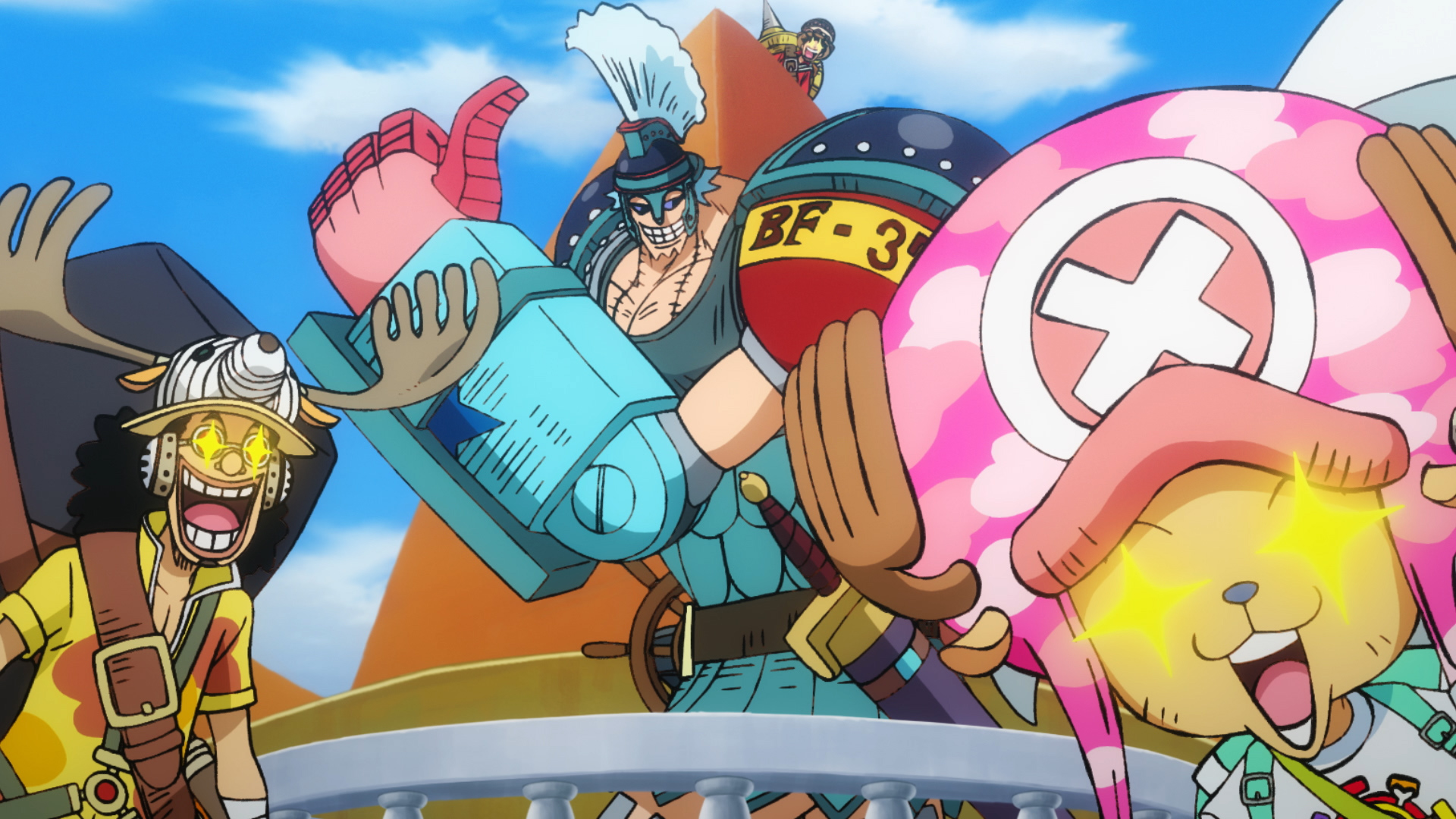 For the first time in twenty years, the Pirate Festival is held, as every swashbuckler, wench, and buccaneer take to an island to party hard. Luffy and the rest of the Straw Hat pirates naturally take part in the event, with a main event featuring the prize of a bit of Gol D. Roger’s booty. However, an old face from Roger’s crew reappears, promising to cause enough chaos to put an end to the Age of Pirates. Fortunately, with practically every face of the One Piece franchise in attendance, no one is going down without a fight.

The thing about Stampede that’s impressive is how grand of a scale it is. While there have been many One Piece films that have delivered on epic numbers, this feels like the first time every person that’s ever crossed paths with Luffy, Nami, Chopper, and the rest of the Straw Hat crew is in one big setting. It’s a who’s who of famous rivals, — from Captain Buggy to Sir Crocodile — who aim to gain the special prize, only for them to set off and fight Capt. Roger’s former crewmate Bullet in one life-or-death battle. And even with the Marines adding a little bit of problems of their own, the strength of the pillagers and bounty-grabbing pirates is demonstrated by the sheer will to give it their all. 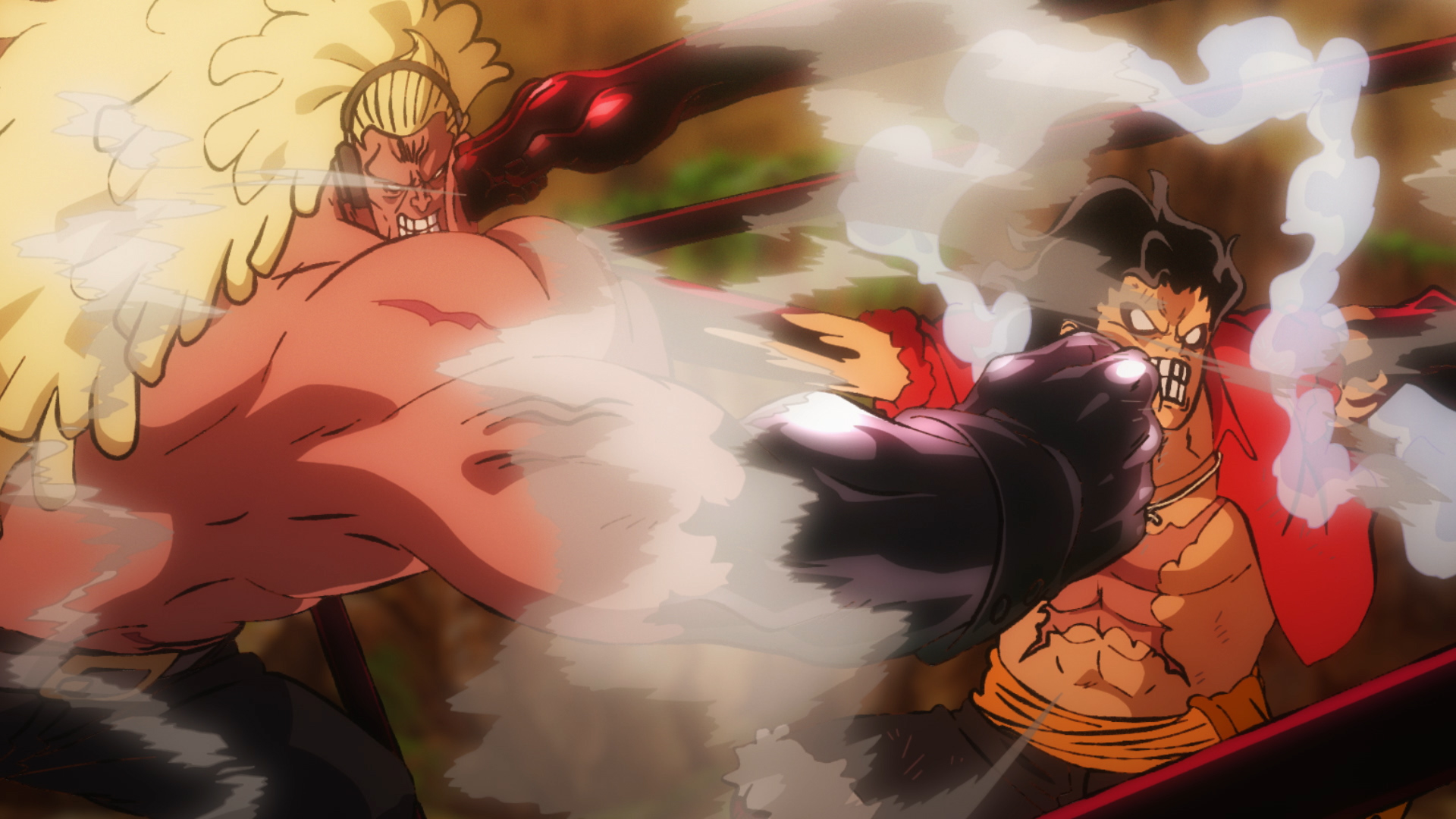 Of course, it’s very easy to see where One Piece: Stampede’s battle got its inspiration. One can’t help but notice a little Thanos in Bullet’s portrayal, with Luffy and the rest of the Straw Hat pirates being the Avengers in this scenario. While there’s no threat of a snap or gauntlet here, the thought of the end of the Pirating age is very much akin to what occurs both in Infinity War and Endgame. Thankfully, these similarities stop right there, as the film practically winds up being one massive brawl for 3/4 of its 100-minute runtime.

And that’s what One Piece fans want most in their films! These standalone stories don’t ever do anything to change the course of Oda’s original manga and the anime, so why bother sticking to some long story that has no purpose. Viewers came to watch practically every single pirate that’s graced the series land a punch, kick, or super-powered shot on the enemy, even if it merely grazes the antagonist. When Bullet shows up, the action practically never stops throughout the rest of the movie! All of it is captured with such gorgeous and cartoonish detail via Toei Animation, who took good advantage of telling this story on the big screen.

One Piece: Stampede is not a film for newcomers of the franchise; it’s for every fan who’s stuck with the series since its beginning. Yes, that will have meant that you’d probably have to read all 93 current volumes of the manga and watch the 900+ episodes of the anime to understand the who’s and why’s of every person that graces the screen. With that being said, for fans of One Piece, Stampede is pretty much their dream come true in movie form...aside for Luffy and the rest of the gang legit finding Roger’s treasure, of course!