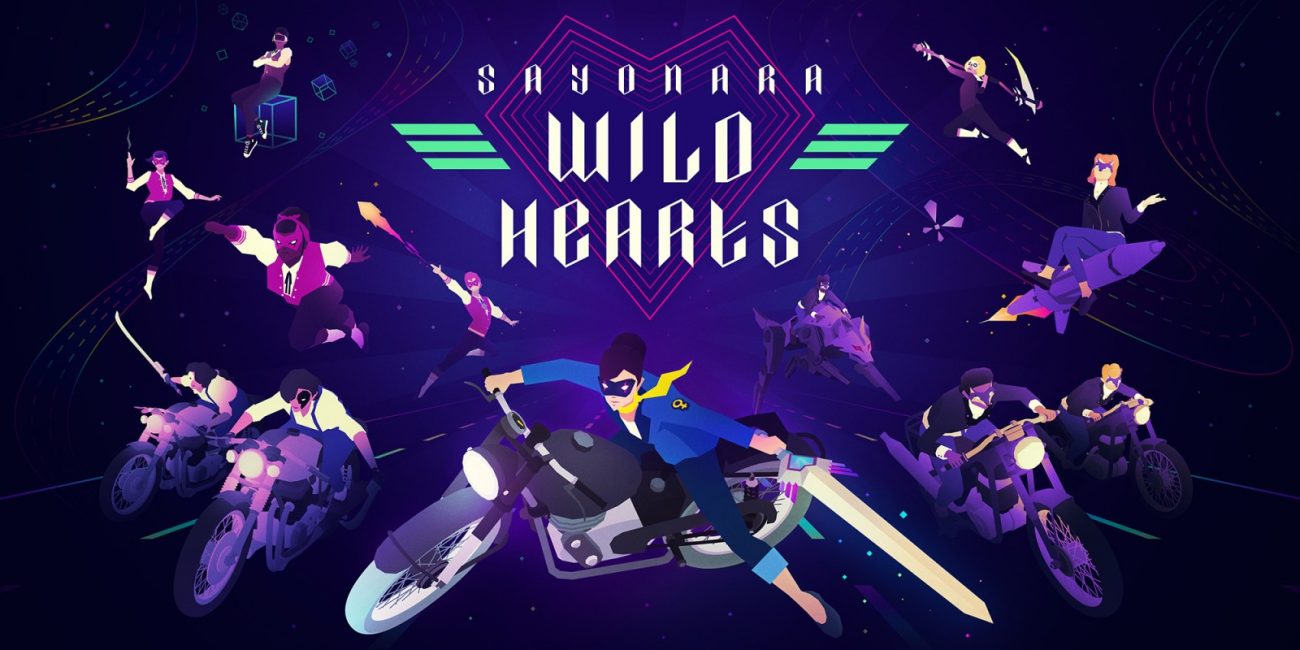 I’ve been waiting years for a game like Sayonara Wild Hearts to show up in my life. As a sucker for video games that incorporate soundtracks into the actual gameplay, it’s beyond satisfying to see something come around and push the mechanics to their highest potential. And even with its short runtime, the experience it delivers is nothing like anything I’ve ever placed my hands on this entire year.

Described as a pop album video game, Sayonara Wild Hearts has players controlling a heartbroken woman. Why her heart is in this state, it never says, but it’s certainly up to anyone’s interpretation. The woman’s dreamscape then takes her on a journey, as she skateboards, flies, and even revs fast on a motorcycle towards a gorgeously chaotic world. Under the guise of another version of herself called The Fool, the woman faces off against gangs of cretins that dance and damage their way through the worlds around. 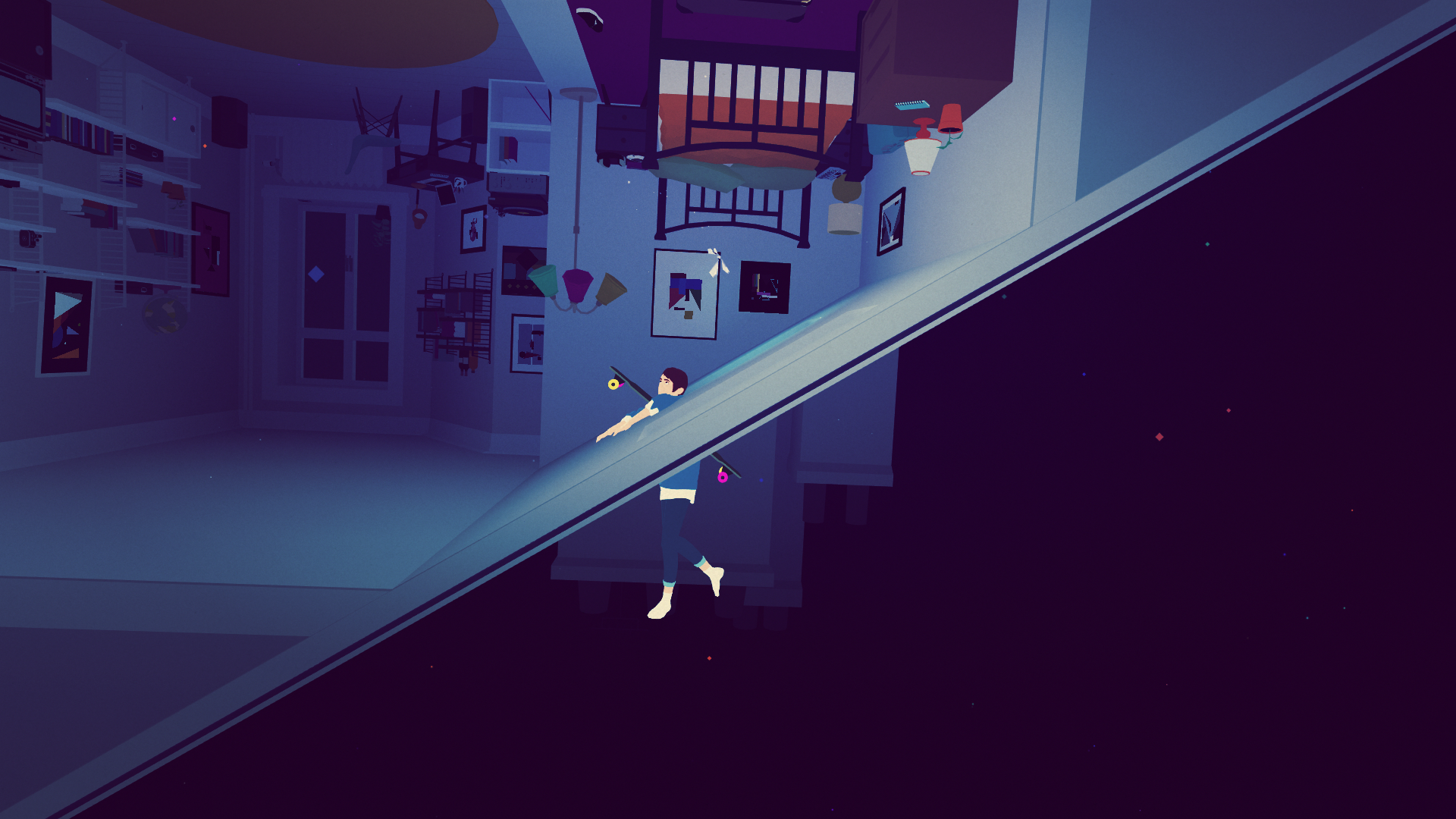 It’s challenging to fully describe what developer Simogo has created without spoiling the surprises you’ll come across. One instance will have you speeding through a synthwave-like cityscape as you sword-dance with a swashbuckling biker game. In another instance, you’ll be shooting down packs of wolves while evading oncoming trees. Hell, in one scenario, you’ll be trapped inside a virtual reality world as you avoid hazards and collect hearts. There’re so many scenarios and the like that are thrown at the player’s face, and yet it all flows perfectly together like a strong concept record.

Perhaps this is why the soundtrack to the game is key to the whole Sayonara Wild Hearts experience. Composed by Daniel Olsén, Jonathan Eng, and Linnea Olsson, the melodies that blare through encase the player perfectly into the dreamscape The Fool resides in. The mixture of synthpop, dreampop, and electronica that flows through the speakers as you collect hearts, avoid hazards, and slay heartbreakers gravitates those who hear it towards a visual and audible spectacle that’s truly indescribable. Trust me when I say that your nearby music player will be craving to have these songs within its confides, as it warrants repeat listenings for various occasions. 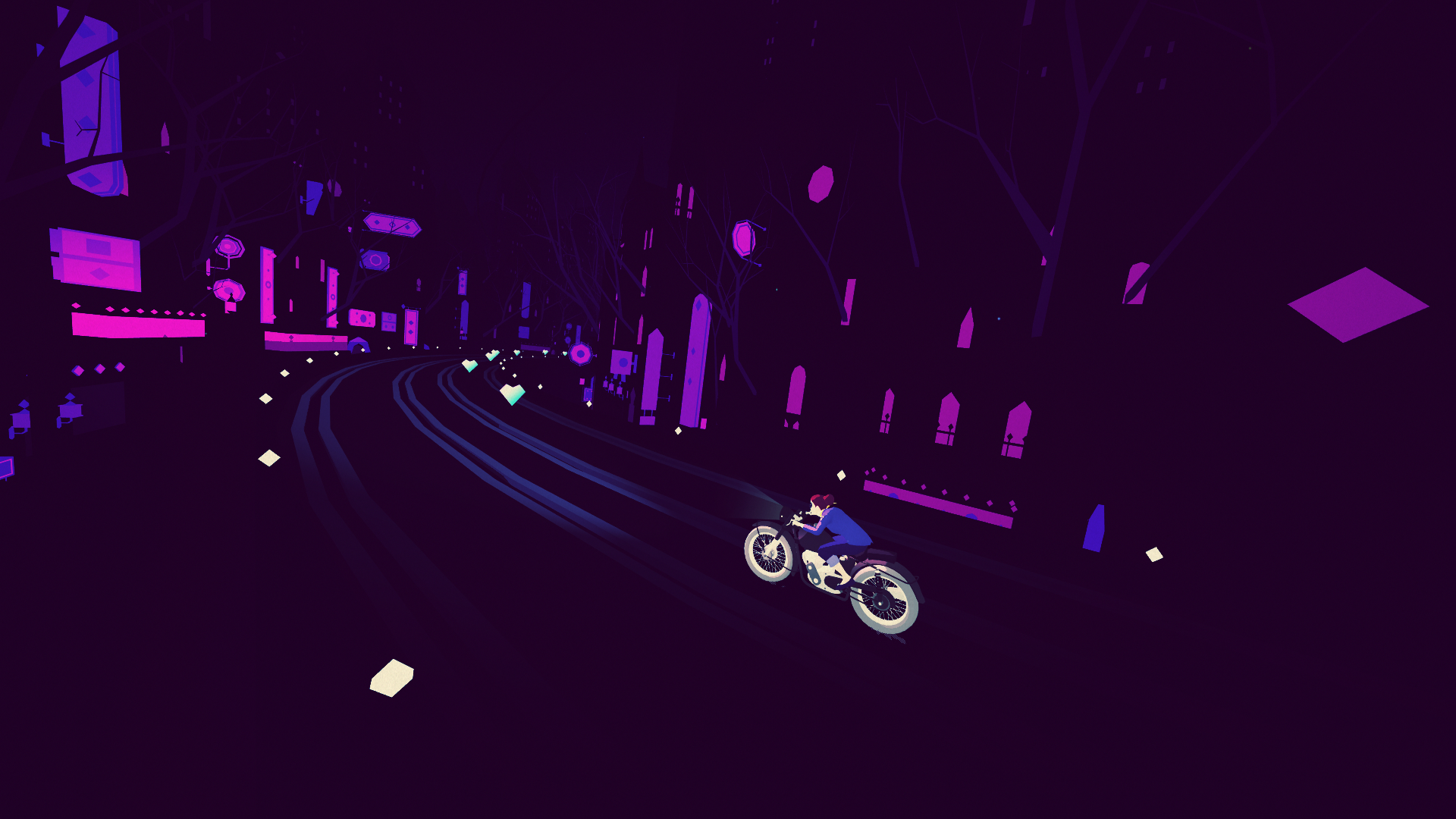 From the gameplay perspective, it’s fairly easy to just dive into what Simogo has to offer. With only using the left Joy-Con and one of the buttons, players will soar and ride through areas collecting as many hearts as they can. In some occasions, a QuickTime Event will occur all to the beat of the music, as you press any button to initiate the action. Points are offered throughout the levels, with tiers split via the Bronze, Silver, and Gold brackets.

But despite the point system, there is no sense of penalty for losing, not getting many points, or even death. What Sayonara Wild Hearts is is a break from the stressful things in life. In the anime world, there’s a genre known as “iyashikei,” where the show is a relaxing watch with very little jolt-inducing elements that push the story along. (Good examples of these include Non Non Biyori, Flying Witch, and Girls’ Last Tour.) This is what this game delivers: an escape from the demanding world, with the destination being a beautiful and awe-inspiring fantasy realm that’ll leave a big smile on your face. 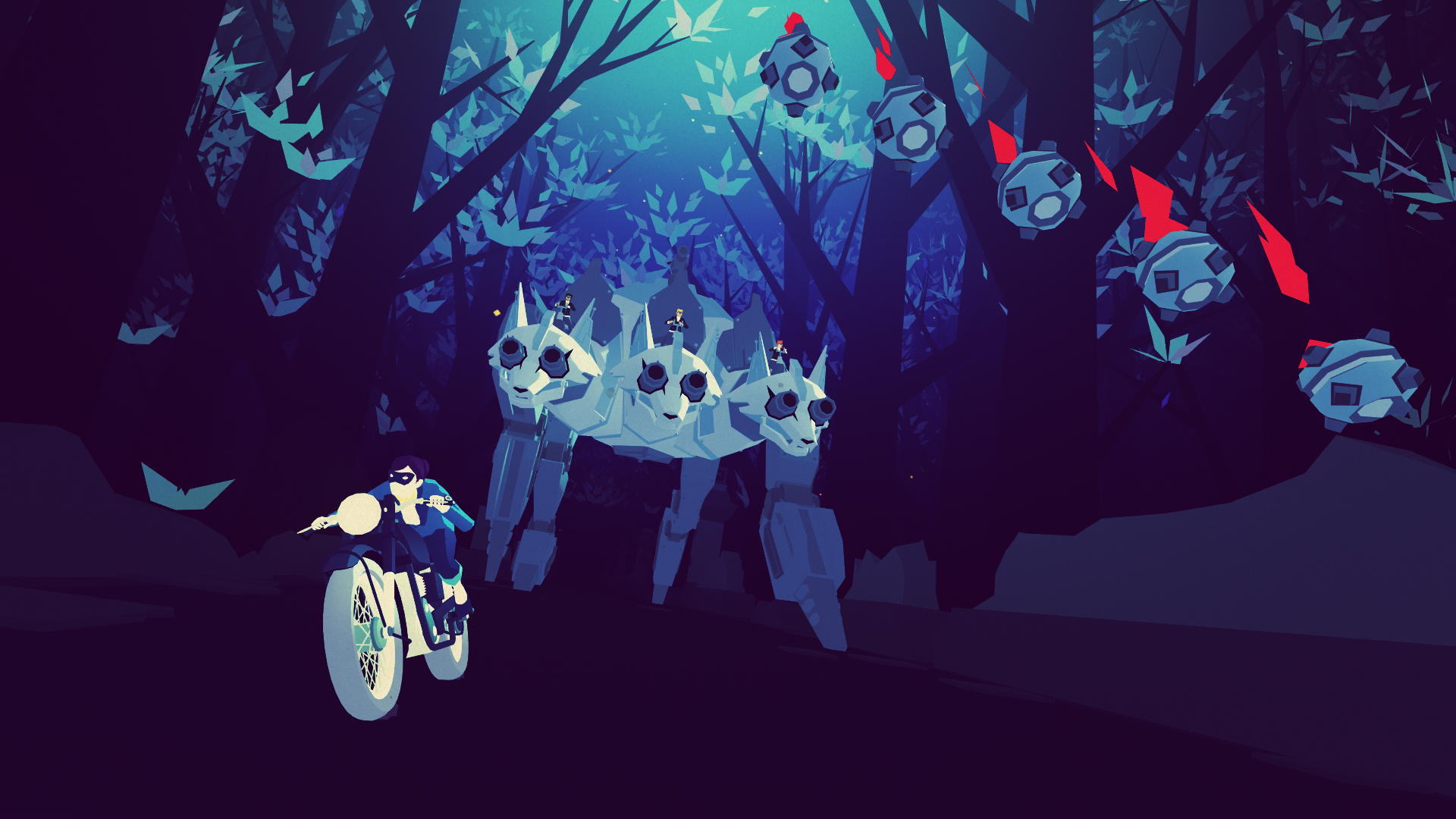 The whole experience doesn’t last too long, with my completion of the story mode being under two hours. However, Sayonara Wild Hearts is a game that’s bound to be replayed, even if it’s just a level or two here and there to calm one’s nerves. Players can unlock an entire nonstop play-through of the campaign after beating it once, with one other mode unlocked when you’ve reached Gold status on ever level.

Sayonara Wild Hearts is a near-perfect combination of gameplay and soundtrack synergy. Despite it lasting just under two hours, what you will bear witness to will certainly last a lifetime. Here’s hoping Simogo someday will keep pushing out games like this, as Sayonara Wild Hearts is a prime example of how to bring visual and audible worlds together in the most wonderful of ways.