There’s always a good feeling when you sit down with a Sukeban Games title. When it comes to their visual novel style, they nail the character development, interactions, and gameplay mechanics in ways that would make even the best Japanese developers quake in their boots. They’re mixing things up again with N1RV Ann-A, the sequel to their beloved VA-11 HALL-A, bringing new elements and clients to your bartending quarters.

At the Ysbryd Games booth, I had the chance to interact with a new customer named Olivia. She’s stuck in a job where she claims it’s literally Hell, with much backstabbing and sabotage happening at work. As the bartender Samantha, you are tasked to make her forget her troubles, and it all starts with a good drink. If you can use your charms, you’ll have a new customer for life! 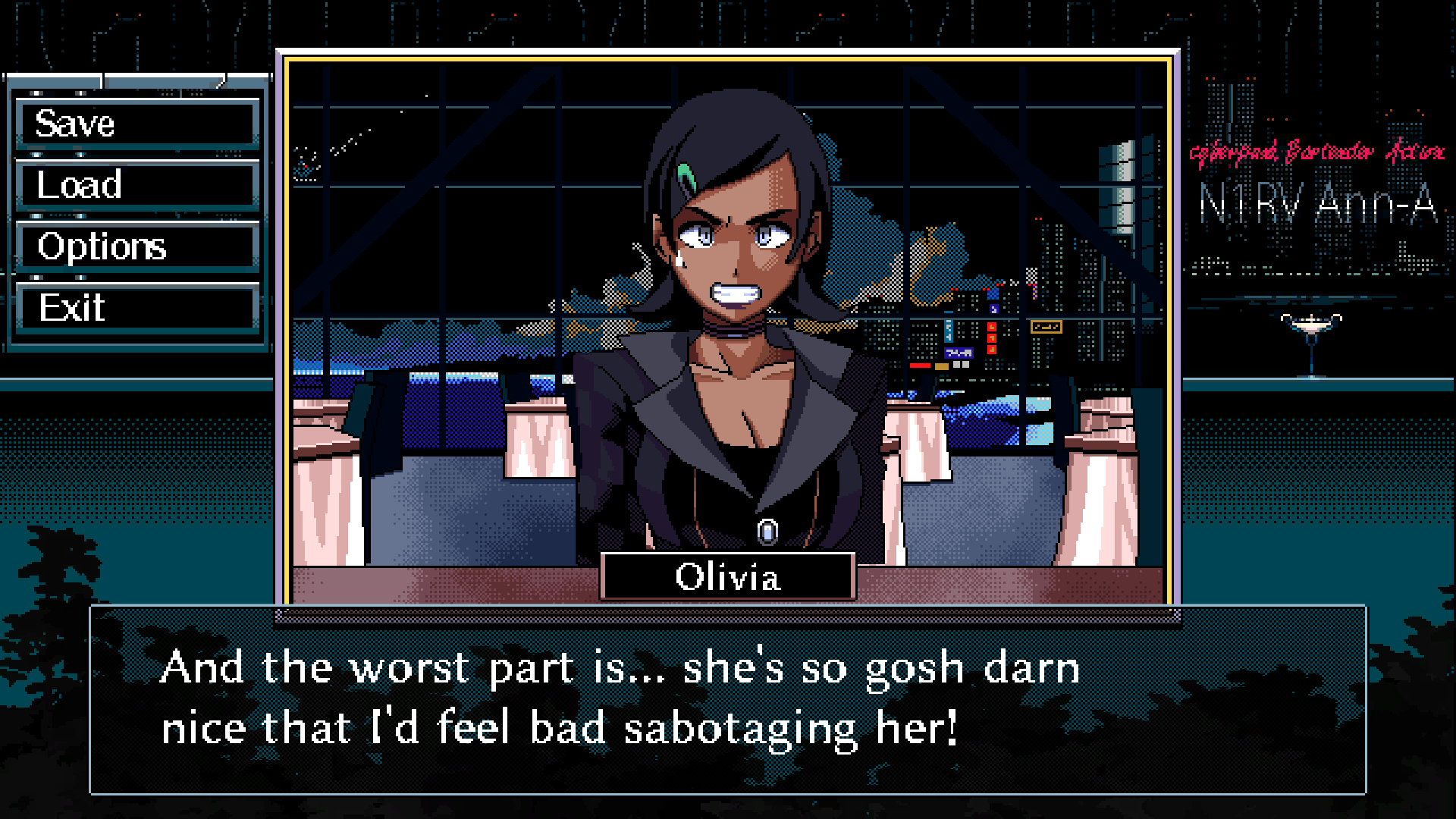 One of the new things I noticed about N1RV Ann-A was the option to respond in different ways, something that wasn’t in VA-11 HALL-A. Where the previous game had it so only making drinks changed the course of the conversation, this new game branches out much differently thanks to the ways you can talk to your customers. However, it’s best to read the room before choosing how to react. Otherwise, you might anger your customer.

Another big change I noticed was the visual style, which felt a lot more crisp here than it did in last year’s demo. The anime-influenced style was far clearer here, with the game looking like a visual novel from the SEGA Saturn era. As such, it resulted in characters looking more gorgeous than either the previous demo and even VA-11 HALL-A. 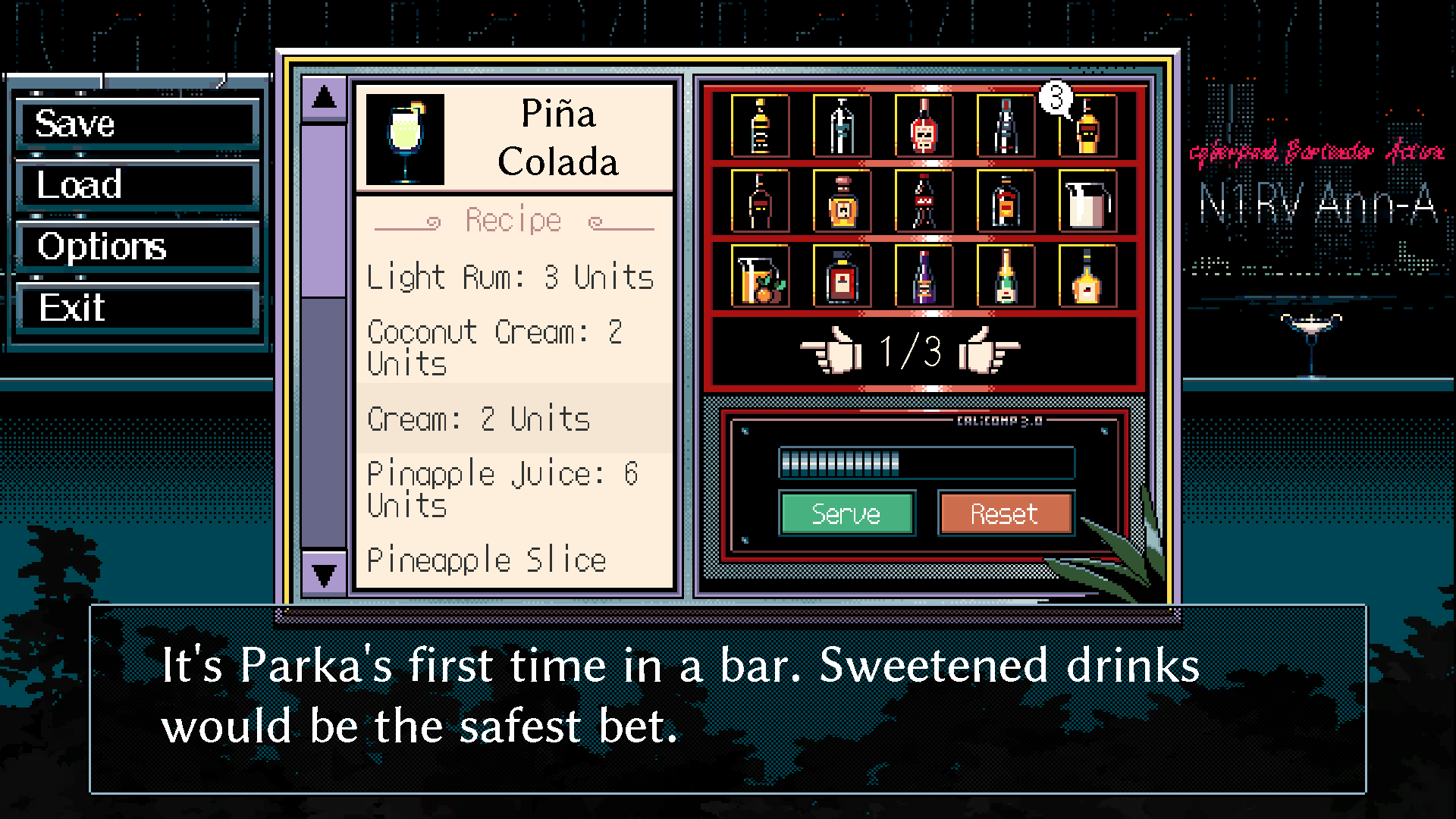 With the amount of time that I had, I decided to play through the demo a couple of times. In one instance, I played along with Olivia as she quotes a movie that was filmed at the bar; another time I looked confused and somewhat rubbed her the wrong way. At a certain point, I found myself making the wrong kind of drink, frustrating Olivia in the process. But when I managed to get every kind of mix right, it lead to a pretty hilarious end game involving Olivia meeting the barroom floor.

I’m always excited to see more of what Sukeban Games has to offer, and N1RV Ann-A is shaping to be another phenomenal visual novel. The interactions, the characters, and even the soundtrack dragged me in like a good film, giving way to deep emotions and fun banter. As the date gets closer to release, I’m highly optimistic that the developers will be making yet another memorable visual novel experience that anyone can truly enjoy. 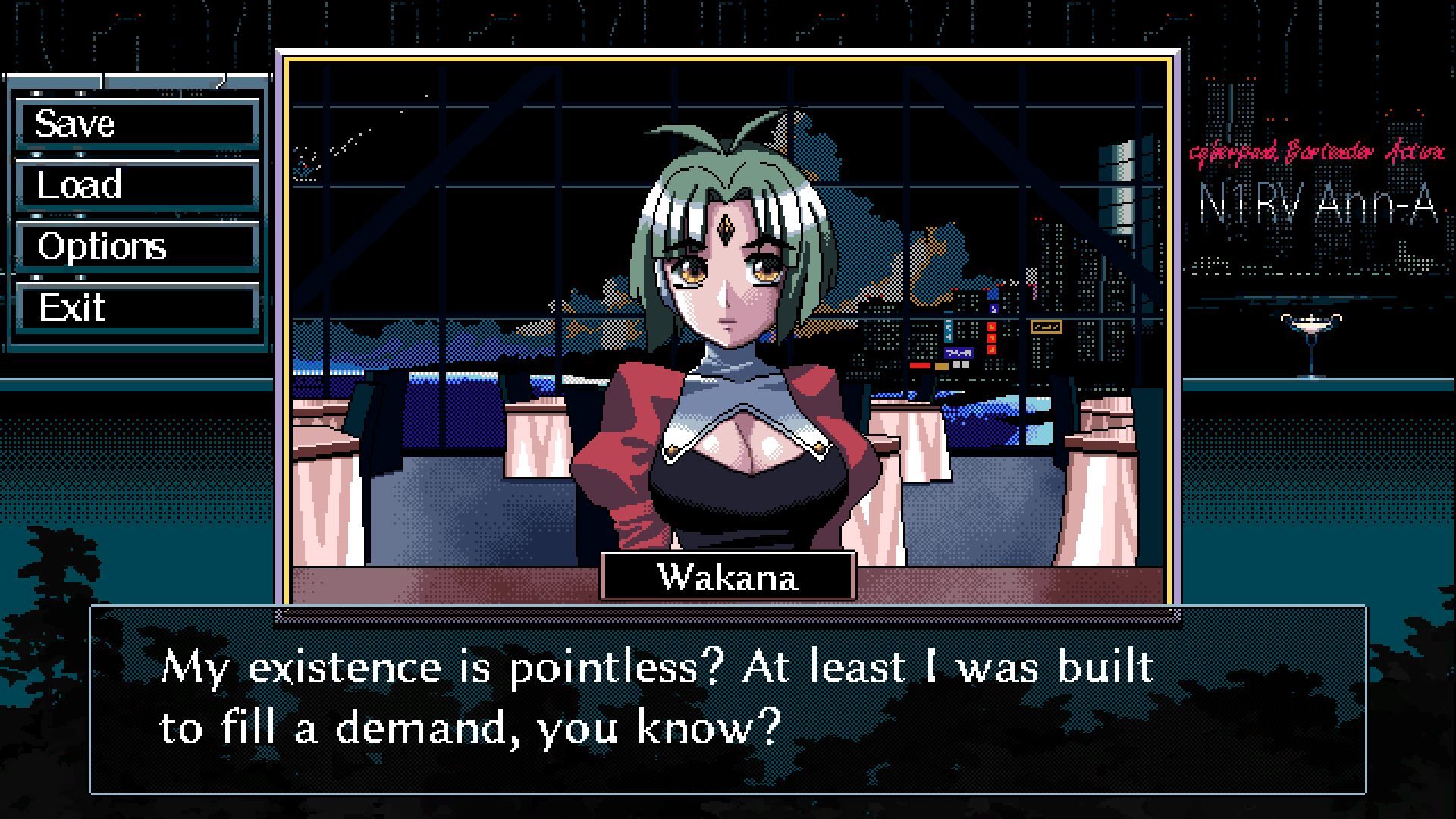