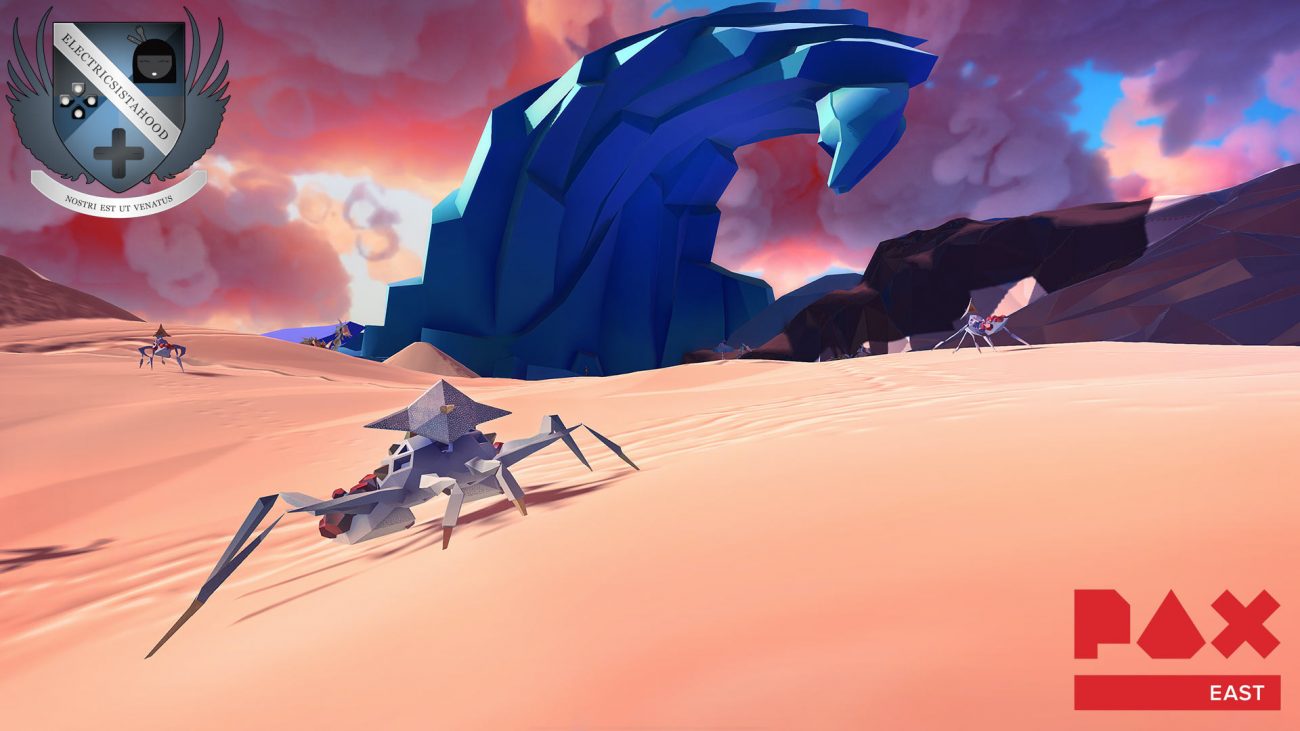 Being engulfed in a vivid imaginative world is one of the big reasons why I love diving into virtual reality. The folks at Pixel Reef have crafted such a place to explore in their debut title Paper Beast. At PAX East, I went eyes-on with the latest build of this new VR experience, one that is jam-packed with loads of creativity.

As the demo starts, you are encased in a curtain. Pulling the curtain reveals a vast desert land, with a ginormous creature made of paper standing above you. When you look about, you’ll see many creatures crafted origami-styled, ranging from crabs and deer to even some pretty big cats. Interacting with your surroundings, you’ll discover how these paper creatures react to your actions, be it for the benefit of their well-being or for the means of your own entertainment. 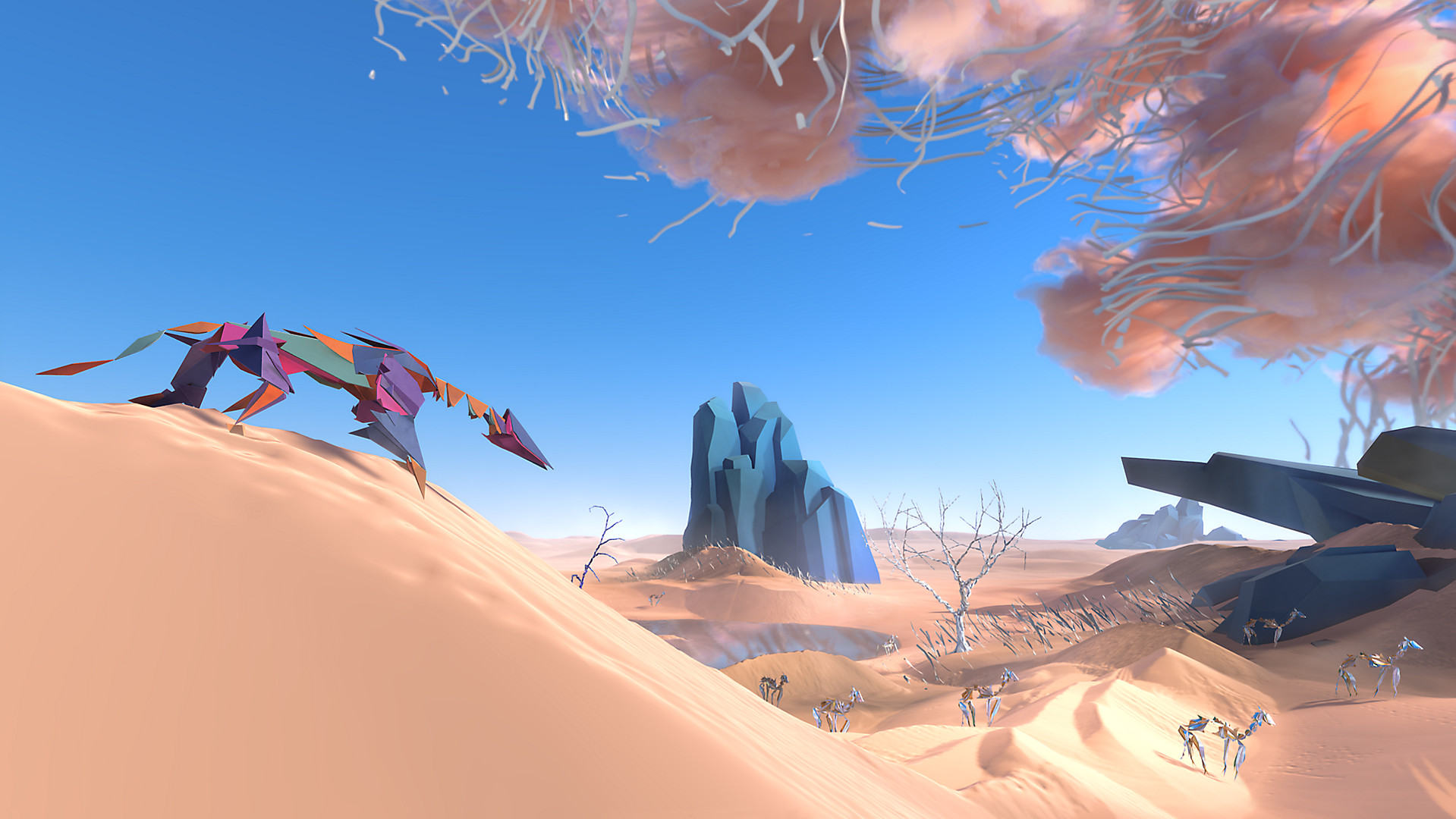 Throughout the demo, I played around with many of the creatures by feeding or tossing them around to see what happens. At first it’s all cheerful, until a carnivorous beast enters and freshly kills one of the kinder animals. Soon you’re engulfed in a massive sandstorm, seeking shelter with the aid of your tall paper friend as it becomes more difficult to see. Although it feels like an easygoing game for the most part, it’s moments like this that make me realize that there will be times where I’ll have to be on my toes in certain areas.

According to Pixel Reef CEO Eric Chahi (who also crafted the cult hit Another World), the realm of Paper Beast is a place where internet information reigns supreme. However, the land’s become a shell of its former self, with these paper creatures being placeholders for the animals that no longer exist. So as the game progresses, the secrets behind why the world is now this way start to be revealed. Behind these beautiful majestic creature, therein lies a possible dark secret to their reason for being alive. 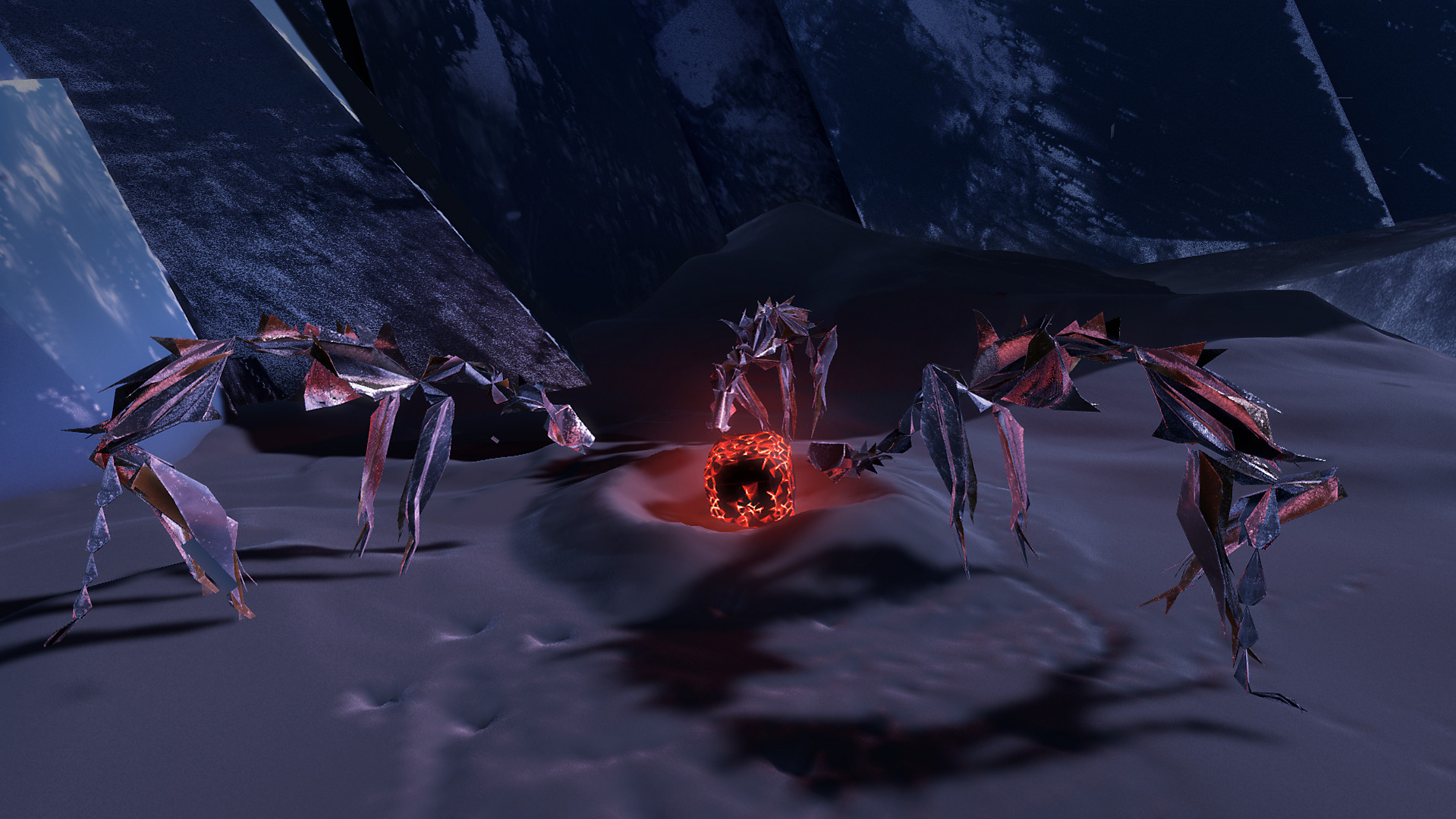 It looks very easy to get lost in a world like this, with your interactions with the creatures bringing a sort of zen feeling as you move about. With its ambient soundtrack (along with song selections from Japanese punk queens TsuShiMaMiRe) and vast surroundings, Paper Beast is itching to be that virtual escape that players will be itching to dive into. Thankfully, it won’t be too long before its release date, as Pixel Reef is aiming to have it out within a few weeks on PlayStation VR. From what I’ve seen thus far, Paper Beast shaping to be one heck of a transcending adventure!