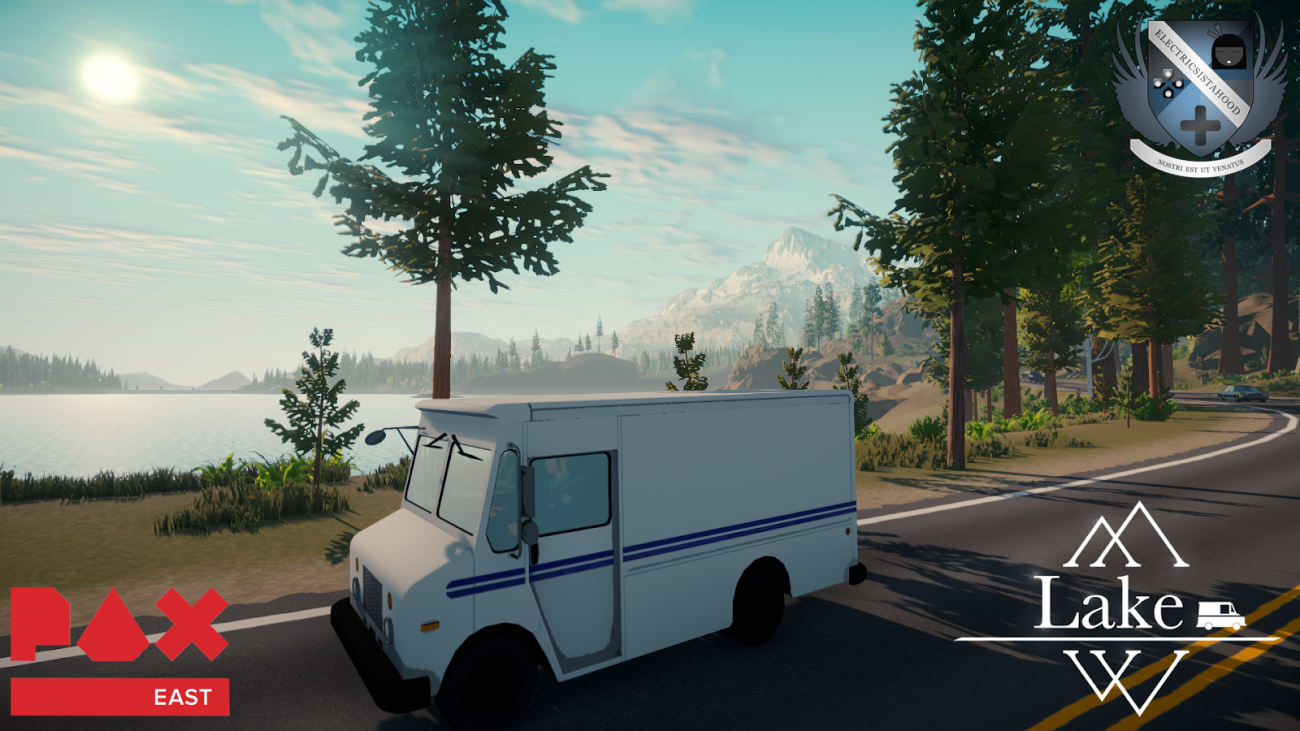 One of my favorite genres in anime is the iyashikei, a kind of show that soothes the soul rather than excites it. At the Whitethorn Digital booth, a new video game from Gamious aims to deliver a feeling similar to that a series like Non Non Biyori or Flying Witch gives off. It’s called LAKE, and its demo is one cozy adventure.

You play as a woman returning to her small town, watching over her parents’ place as they’re away. To pass the time, you pick up a job as a mail carrier, delivering letters and packages to residents and businesses all around the surrounding lake. As you play, you find yourself deep into thought as to what you wish you’d like to do with your life. By game’s end, a decision will come to you regarding your future. 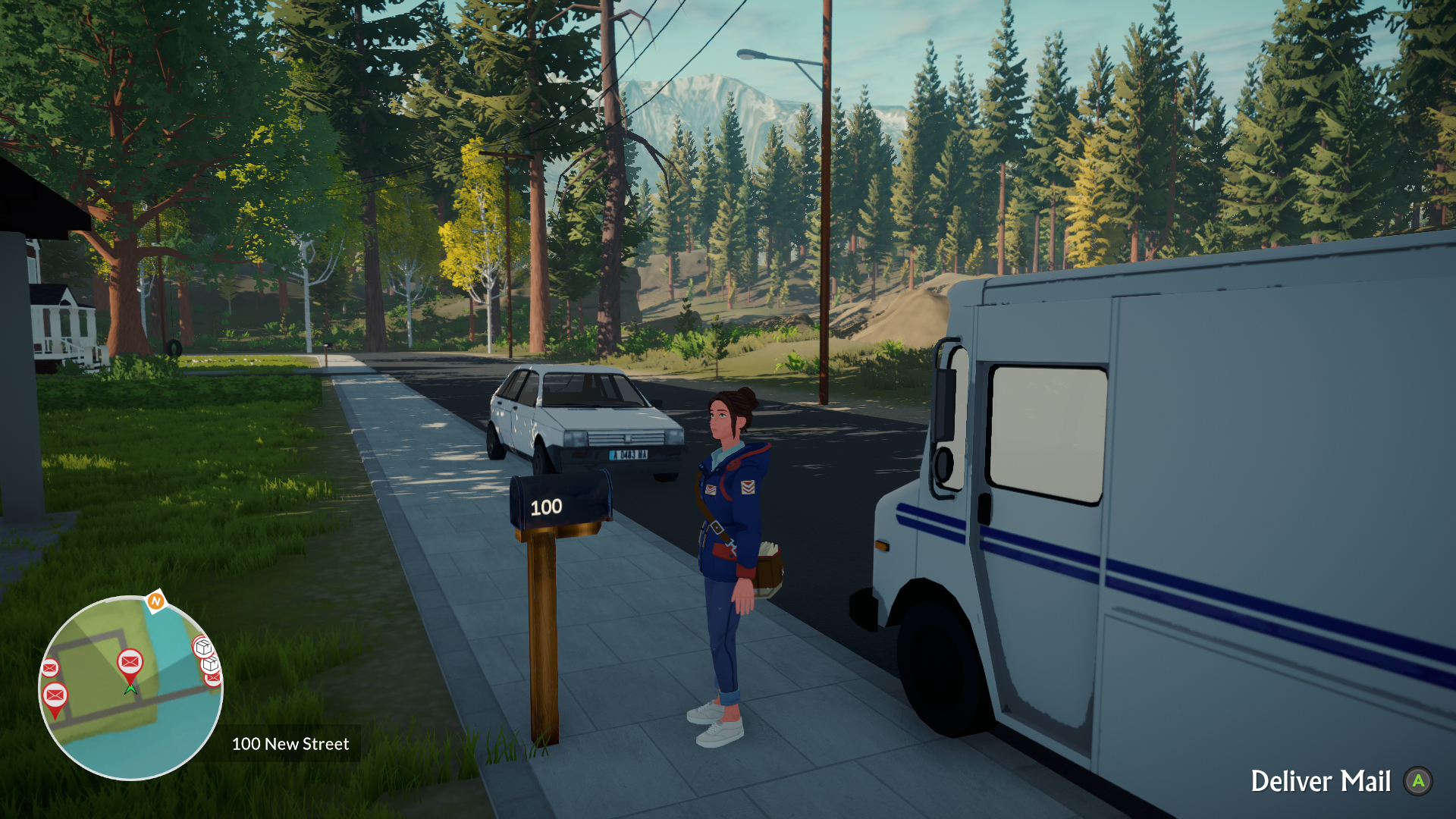 For the demo, I was given the opportunity to drive around and deliver three packages. As I roamed the small town, I reconnected with the locals, including a cat lady and the owner of a diner. Talking with them reveals a bit of your past life, not to mention the sharp memories that the locals have. But although the conversations were great, the real takeaway from LAKE is its atmosphere.

Despite being an early build, the game already looks beautiful. One can easily get lost just driving around and seeing the sights of the countryside. It brings to mind the small tightly-knitted areas of New Hampshire I used to go to as a kid, with the kindness and sensibility of the citizens being much aligned with characters you’d meet in a show like Laid-Back Camp. Dare I say, it was quite the relaxing time demoing LAKE. 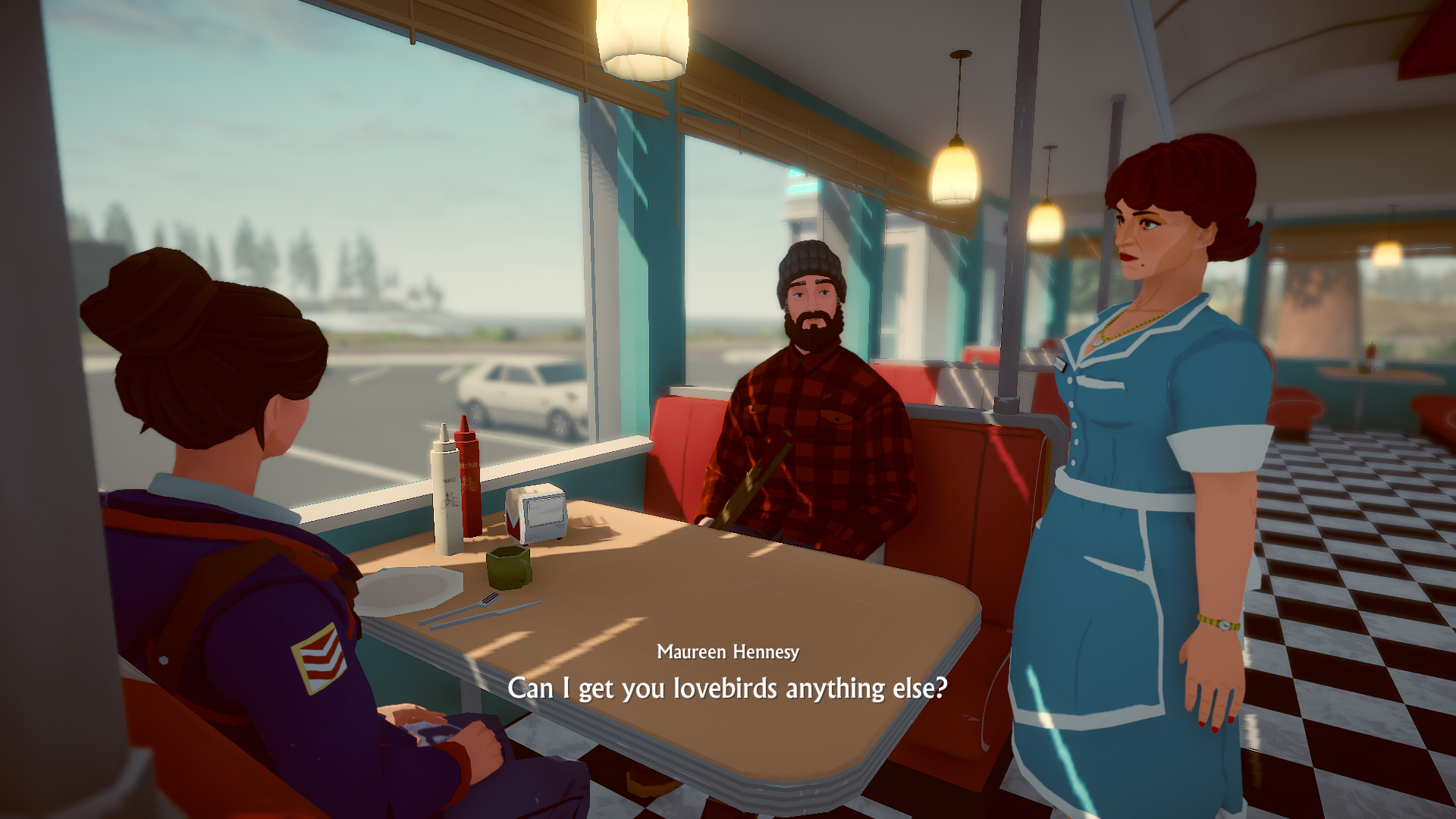 It’s not the kind of game to get pumped up for, but LAKE offers a soothing alternative for those needing a break from the multitude of action-y titles. The story is very interesting, and its soundtrack brings to mind the more mellow tracks from Frank Turner’s discography. Whenever I need a break from something adrenaline-pumping or am coming back from a long day at work, this will be the kind of video game that I’ll be putting on to calm myself down.

LAKE arrives on PC and consoles sometime in 2021.