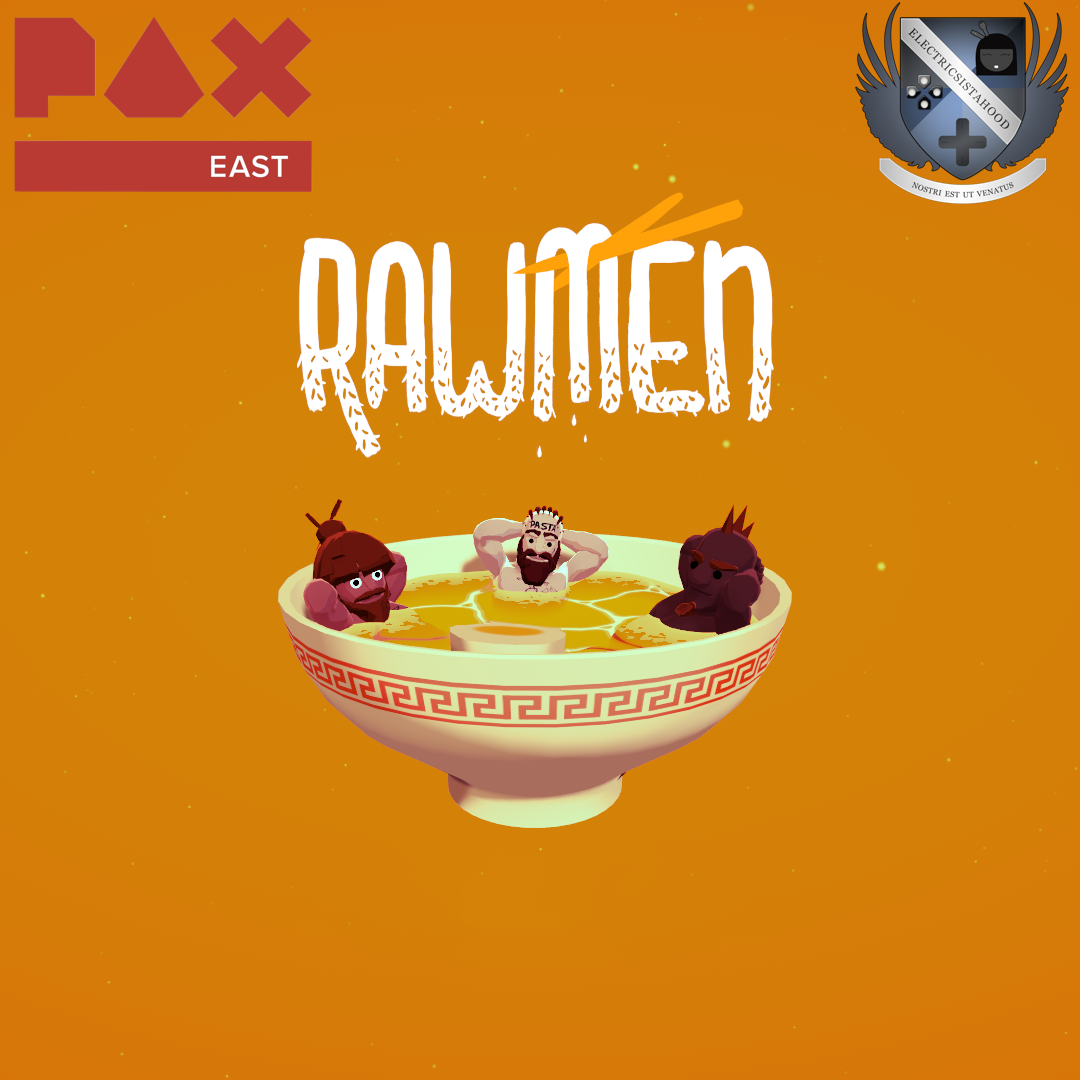 “Gee, Splatoon’s a great game. But do you know what would make it better?! Instead of squid kids spraying ink, it’s naked sumo-sized dudes throwing pasta at one another!” - guy who created RAWMEN...probably

On the surface, it’s easy to see the influence Splatoon had on a game like RAWMEN, a new multiplayer from TinyBuild. But once you dive into the madness, anyone can see that there’s plenty of uniqueness it has to offer. At their PAX East booth, I had the opportunity to experience one of the modes in RAWMEN, one simply entitled “Meat Ball.” And when the buzzer sounded to start the game, the zaniness began! 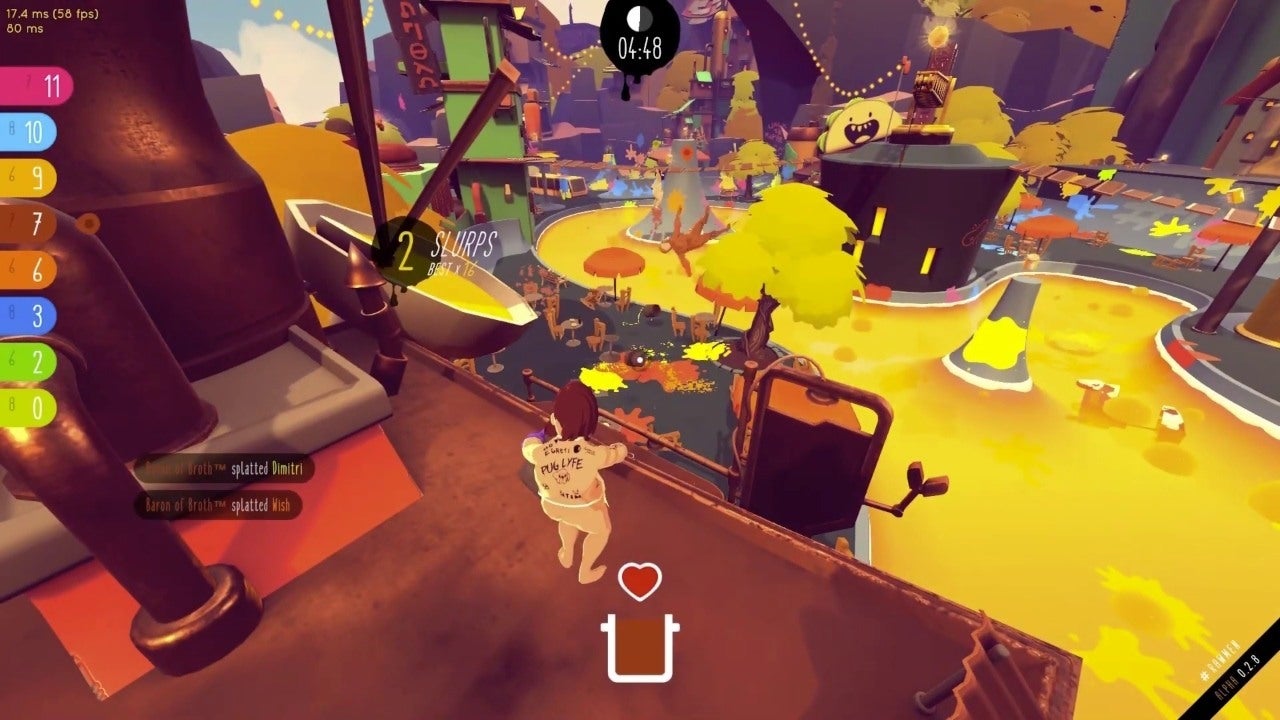 Split into two teams of four players, the object of “Meat Ball” is to bring a massive meatball into your opponent’s zone and score as many points as you can. As you play and attempt to score or block, players can go about throwing pasta at one another, temporarily knocking opponents out until they reemerge via a giant slurpy straw. Laid out in the map are various kinds of weapons to use, ranging from an Untitled Goose Turret and a meat beater to a Pythonesque giant fish that you can slap everyone with (yes, even your allies).

As the game goes on, the commentary from your allies blares through via a falsetto loony who cusses and hollers depending on how you progress. This adds to the cuckoo wackiness that unfolds on-screen, as these burly nude guys toss spaghetti at one another with precision. Sometimes, it takes a bit to take in all that you are bearing witness to, but once you realize the objective, it’s easy to just go with the flow and dive into what RAWMEN has to offer. 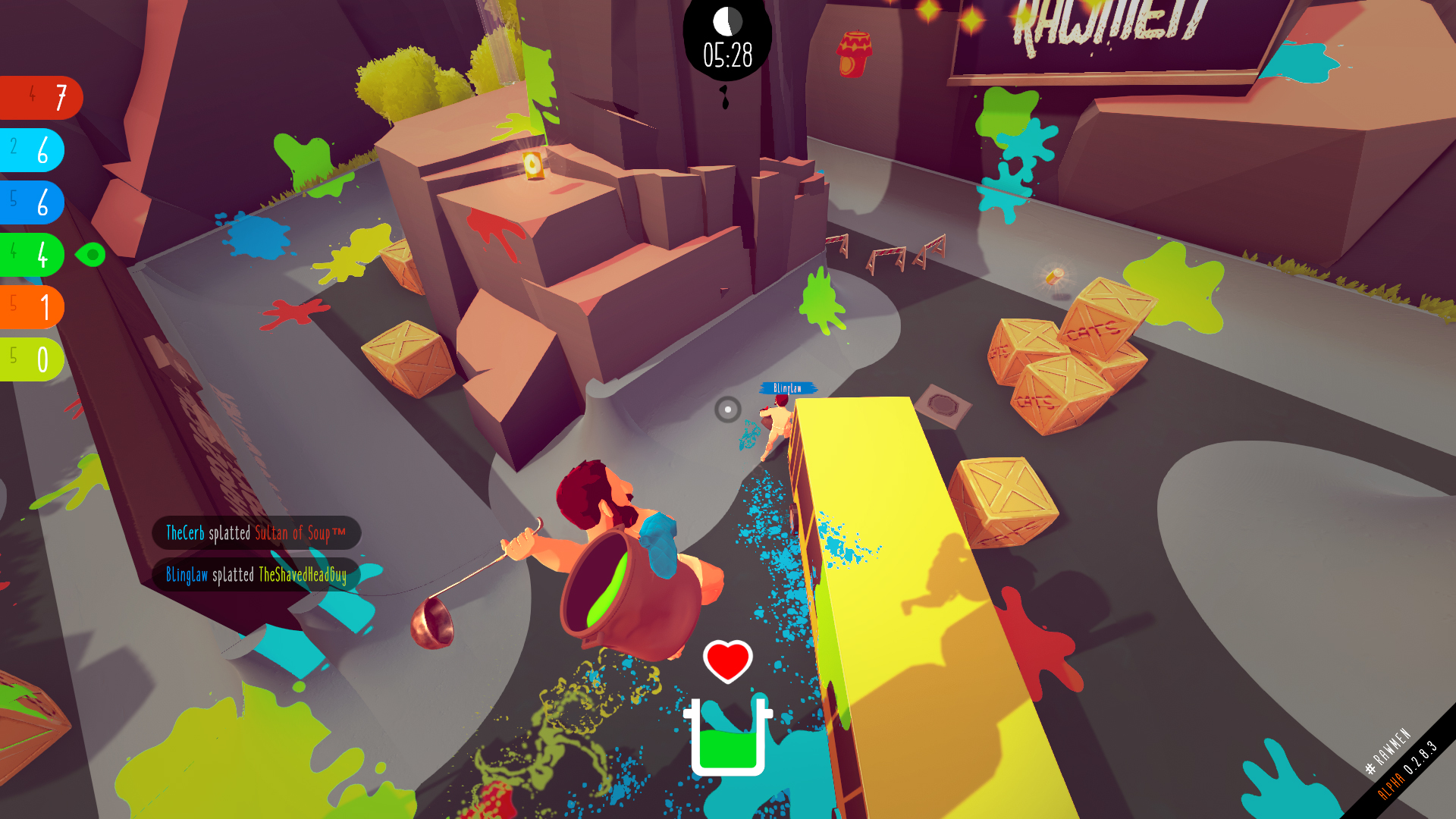 Although I was not greeted with victory during my time, the fun I had with RAWMEN softened the blow. Just with this one mode, it’s easy to see the possibilities that TinyBuild’s latest will have to offer. Time will tell whether or not this will become a breakout hit, but those who come to experience what these birthday suit-wearing pasta lovers have to show will walk away covered in joy and marinara. (With a game like this, perhaps TinyBuild and Devolver Digital could team up to create an alternative e-Sports experience?)

RAWMEN will be released hopefully later this year on PC.