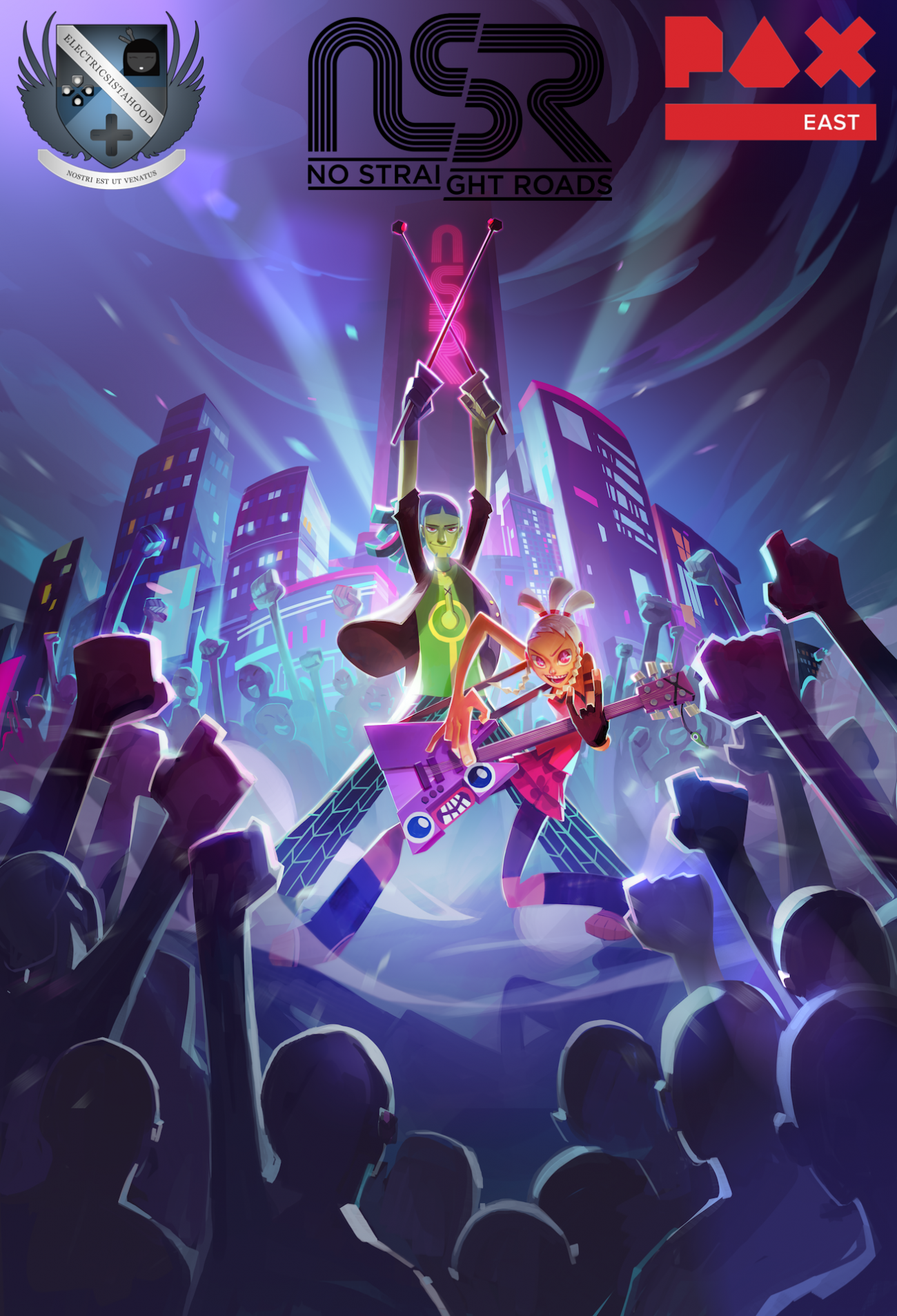 Sometimes rock and EDM can see eye-to-eye, but in rare cases they fight to the musical death to see who reigns supreme. Malaysian developer Metronomik appears to be on the Team Rock side of things, as evident by its upcoming third-person adventure game No Straight Roads. Although their demo was brief, it gave off as much potential as an indie opening band sharing the stage as its headliner.

The demo at Sold Out Ltd.’s PAX booth gives players the chance to experience one of the boss battles in the game. Controlling the guitar-wielding Mayday alongside drummer Zuke, you storm into a concert hall as a young pianist plays classical music. Ticking them off with your taunts, the pianist sends off some deadly music notes your way. As you reach the stage to silence them, a massive red figure known as Mama grabs the pianist and starts attacking on her own. 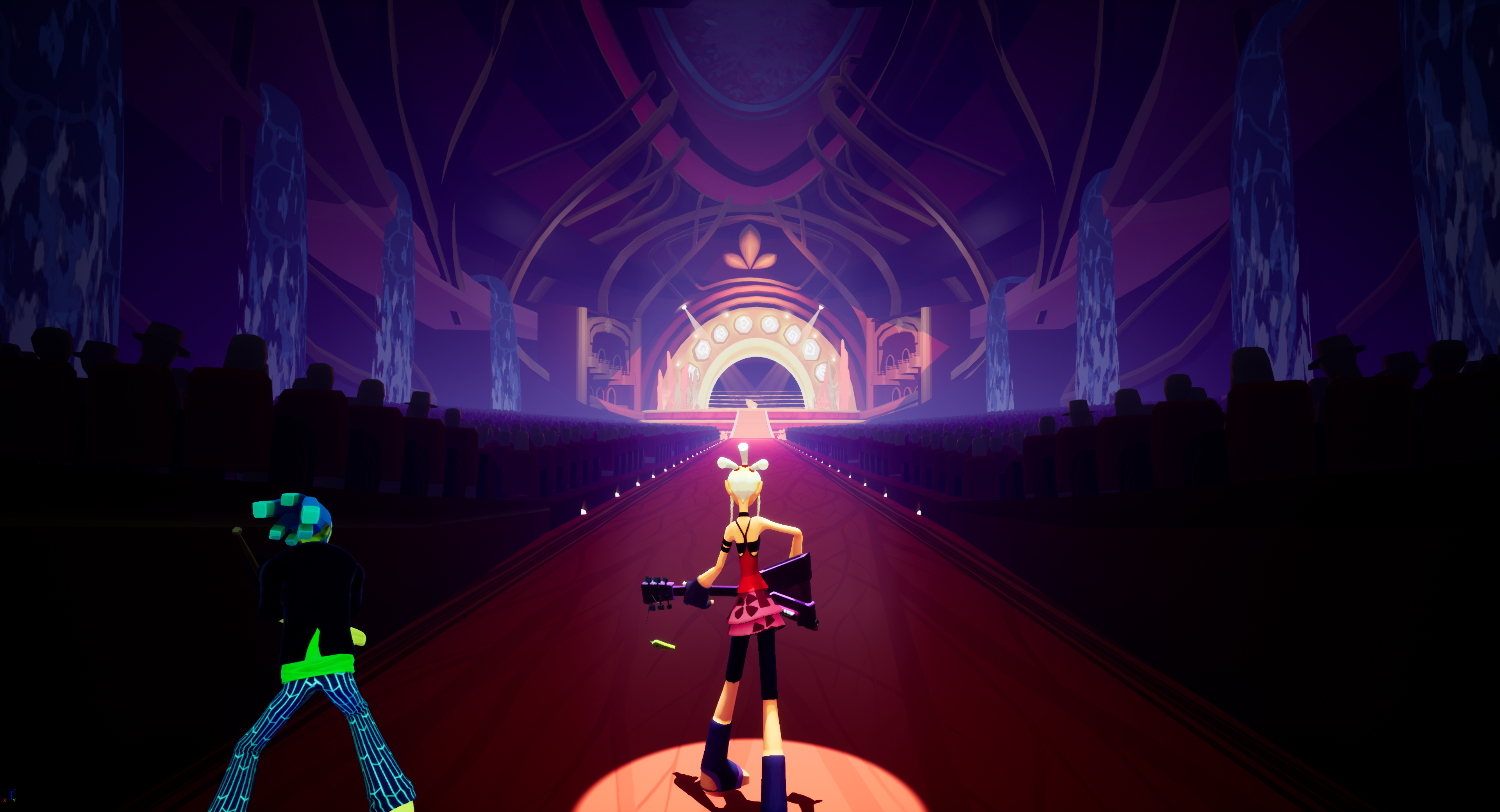 It’s here where the gameplay starts to take some inspiration from Brutal Legend, as you’ll need to activate turrets as you battle against the red beast and collect music notes to use as bullets. The more hits you make, the more chaotic things start getting. When enough health has been depleted, the scenery changes and the mayhem continues. However, as soon as Mayday and Zuke were about to use their most powerful attack, the demo had reached its end.

I couldn’t help but feel that the demo got cut off right when things started getting really good. The gameplay is easy to handle, but there didn’t seem to be enough to experience a true understanding of what’s expected of you in No Straight Roads. It has some potential, thanks in part to having developers who’ve worked on Final Fantasy XV and Street Fighter V handling direction and character design, but I couldn’t get a big-enough vibe to say that I’m entirely all in for this one. 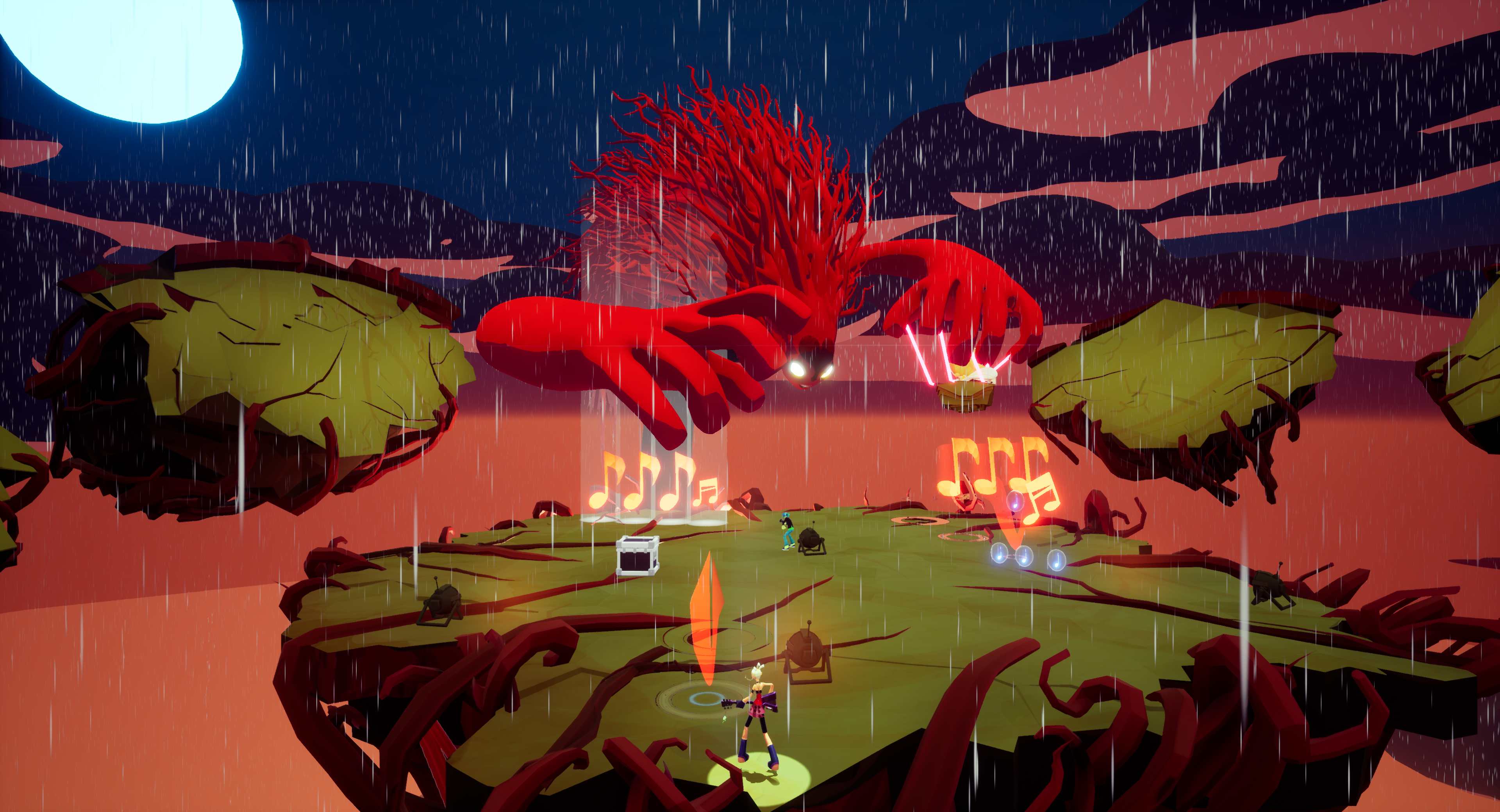 With that being said, Metronomik seems to want to deliver something big with No Straight Roads. The trailer that played soon after the demo ended showcased some great-looking worlds and various kinds of boss battles. It feels too early to decide whether or not you should grab a golden ticket for this adventure, but those who were burnt by the lack of a genuine Brutal Legend sequel may want to keep looking back and seeing if Metronomik will fill that hole in their video gaming soul.

No Straight Roads cranks it to eleven later this year on PC and PS4.