HomeVideo GamesIsaac Clarke Will Be In His Trailer
by: Hamsterman2049
0
Video Games

Isaac Clarke Will Be In His Trailer 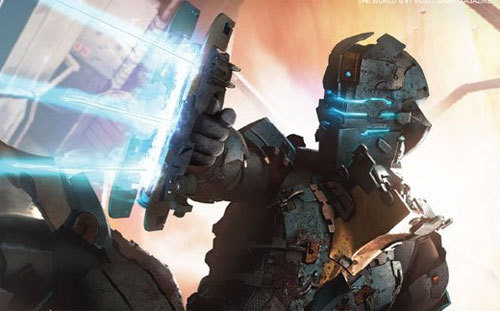 Everyone’s favorite man in the glowing iron mask is coming back in Dead Space 2 and now  there’s a video to prove it.  The first official trailer for the game is on EA’s website and I could not be more excited.

Dead Space was the closest thing we’ve had to survival horror as of late with even Resident Evil 5 taking a bit more of an action turn.  For those who haven’t had the pleasure yet, Dead Space is an experience by Visceral Games about an engineer named Isaac Clarke.  Called to a ship, the USG Ishimura, for repairs, Clarke soon discovers that there’s a bit more going on.  Necromorphs, which are basically dead bodies turned mutant, have taken over the ship and it’s up to Isaac to stop them and just try to make it out alive.

The first game featured a deep and interesting story, great gameplay and sound design that won multiple awards.  The main hook of the gameplay in the original was their system of strategic dismemberment.  Simply shooting an enemy was not enough to take them down, you had to take off their limbs to kill them and even then you had to be careful with which you chose.  With all of this combined with the great music and immersive sound design, this was one game that really captured my heart.

The sequel looks to bring all of this back and (dare I say) improve upon it.  Isaac is back and from the trailer, it looks like he’s still recovering from the trauma of the first game.  The trailer features a series of rorschach inkblot tests that contain images of necromorphs.  You can also hear voices of what sound to me like characters from the first game.  I won’t spoil the whole thing for you, but it looks to be quite the ride.  If you haven’t yet played the first Dead Space, I suggest going ahead and playing it, especially if you plan on picking up the second one.  You can find it in most stores for no more than $20, so get to it!

This is SO Not Kevin Butler