So apparently Ubisoft’s Assassin’s Creed II has recently garnered itself a Guinness World Record. I mean technically. The game itself didn’t really DO anything, but I guess it didn’t really have to. 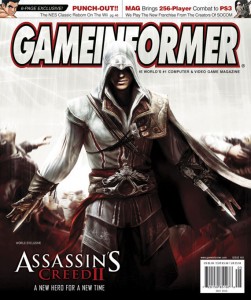 Yesterday, April 15, 2010 confirmation was given to Ubisoft that Assassin’s Creed II now holds the Gamer’s Edition Guinness World Record for being on the most magazine covers of any video game. That’s right, a record for being on magazine covers. I mean, I guess it had to be counted, but it honestly feels like one of those random football stats. You know the type: “This quarterback has a 100% completion ratio for touchdowns… when it’s raining… on a Tuesday… and he’s facing the Steelers… while the stadium is sold out.” That’s all well and good, but who the hell is keeping track of that? Must be a sad existence.

The game was featured as the lead story in 127 separate magazines, spanning 32 different countries; an impressive number, despite my lack of excitement for the award. To be fair, something good did come from learning this news. I was enticed to head on over to the Guinness Gamer’s Edition website, and can you believe what I saw? There’s a new King of Kong! 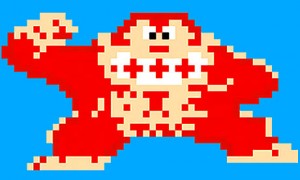 Depicted: Hank Chien, as I can only assume that upon defeating Donkey Kong, you become him.

Apparently about 2 months ago (on February 26th to be exact) Hank Chien beat out the old high score for the original arcade version of Donkey Kong by 11,500 points. I’m not going to repost the whole article, but I was intrigued by one quote from Chein: “If you're trying to get over a million points, you have to know when and how to use the bottom hammer. Because that's absolutely crucial. Beyond a million points, you have to start doing crazy things like run down ladders to re jump barrels you've already jumped.” From the way the guy talks, you can tell he really has a passion for the game.

You can read the full article here. I’m sure you all remember the documentary from three years ago “King of Kong” that popularized the battle for the high score. One can only wonder how many more records will be broken by some guy that’s bored during a blizzard and happens to have an arcade cabinet in his living room. Billy Mitchell must be pissed.

"Kells" A Secret All Should Know