If you were like me, you hunted down any version of Kekkaishi you could- if only because it's an anime you had not seen yet. The first episode of Kekkaishi is a  free download available on the Playstation Network, and it is also available on Adult Swim's video section. I decided to go with Adult Swim. 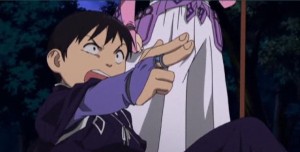 Adult Swim's version is dubbed in English. I don't know if that makes a difference. My problem is not mainly with the voice acting. My problem is that I got a bad case of the first episode exposition blues. Kekkaishi could be the worst offender in terms of overuse of exposition.

When I am introduced to a new world, I do not want to feel like I am being dumped upon with mounds of information that probably will not sink in until I have time to learn more about the characters. To add salt to the wound, after we get two big handfuls of exposition, then a narrator comes on to dump MORE information on us! Is this Kekkaishi thing too hard to understand, even for the show's target audience? It's freaking teenage Ghostbusters! WE GET IT! 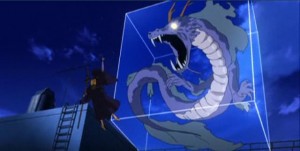 Then, if you're still too stupid to understand the world of Kekkaishi, we get a flurry of info boxes. everything that has any significance whatsoever is labeled. OK, I can deal with the text boxes, but the one-two punch of people droning on and on about every little rule, and text boxes popping up, I am "quite bothered." 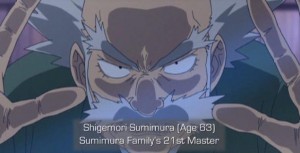 This has not turned me away from this show. I'm interested, especially since I'm not paying for the show. I just cross my fingers that the second episode is not drug down by even more exposition. It's bad writing! If you want to teach people or inform them about what is going on, you find a clever way to ease your audience into that world, not be blatant and lazy about it.

Hey, Hurley, the series is almost over. Tell us what those whispers were.

So shape up Kekkaishi. I've got my eye on you!!

Lots of Sequels, But Is It a Probl...