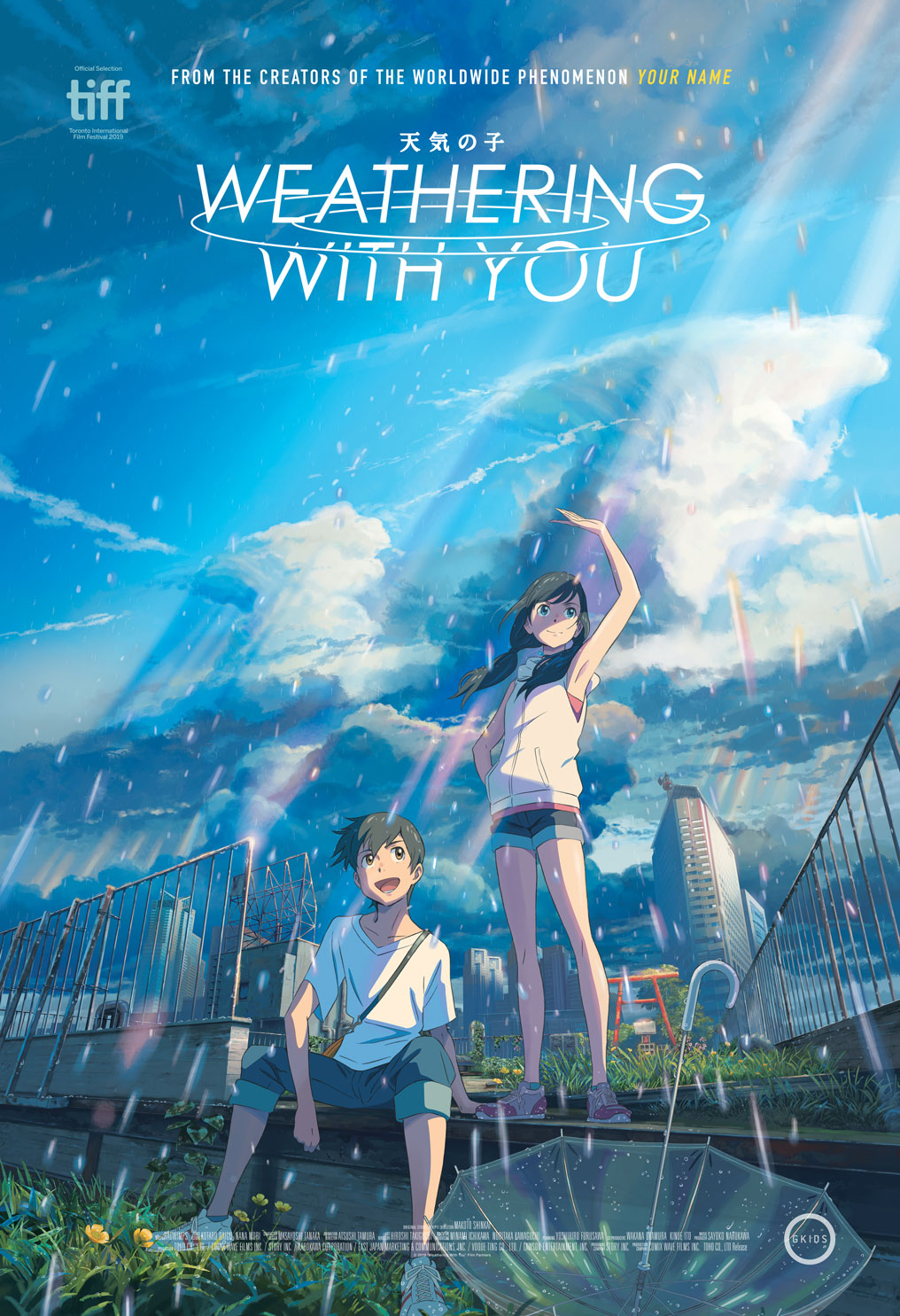 ANIME/FILM REVIEW | "Weathering With You" Whips Up a Storm

There’s this balance of the fantastical and reality that Makoto Shinkai seems to craft when it comes to his stories. Whether it’s telling a life story from a feline’s perspective in She and Her Cat or dealing with monsters in Children Who Chase Lost Voices, there’s always an equality demonstrated between what is possible and impossible in his films. It was in Shinkai’s last film Your Name where the blend was perfected, and it rightfully made him the most sought-out anime director currently. Now three years later, he has another harrowing story to tell, in the form of Weathering with You.

Taking place sometime in 2021, Weathering with You shines a spotlight on the runaway Hodaka (Kotaro Daigo), who finds himself living in Tokyo on his own. After unsuccessfully finding a steady job, Hodaka takes an offer to with a writer named Keisuke (Shun Oguri), who pens news articles about weird anomalies. While doing research about a phenomenon called “sunshine girls”, he by chance runs into one named Hina (Nana Mori), whom he rescues from a couple of shady people. Hina has the power to bring sunshine to even the rainiest of days, which gives Hodaka, her, and her younger brother Nagi (Sakura Kiryu) go into the business of delivering good weather. 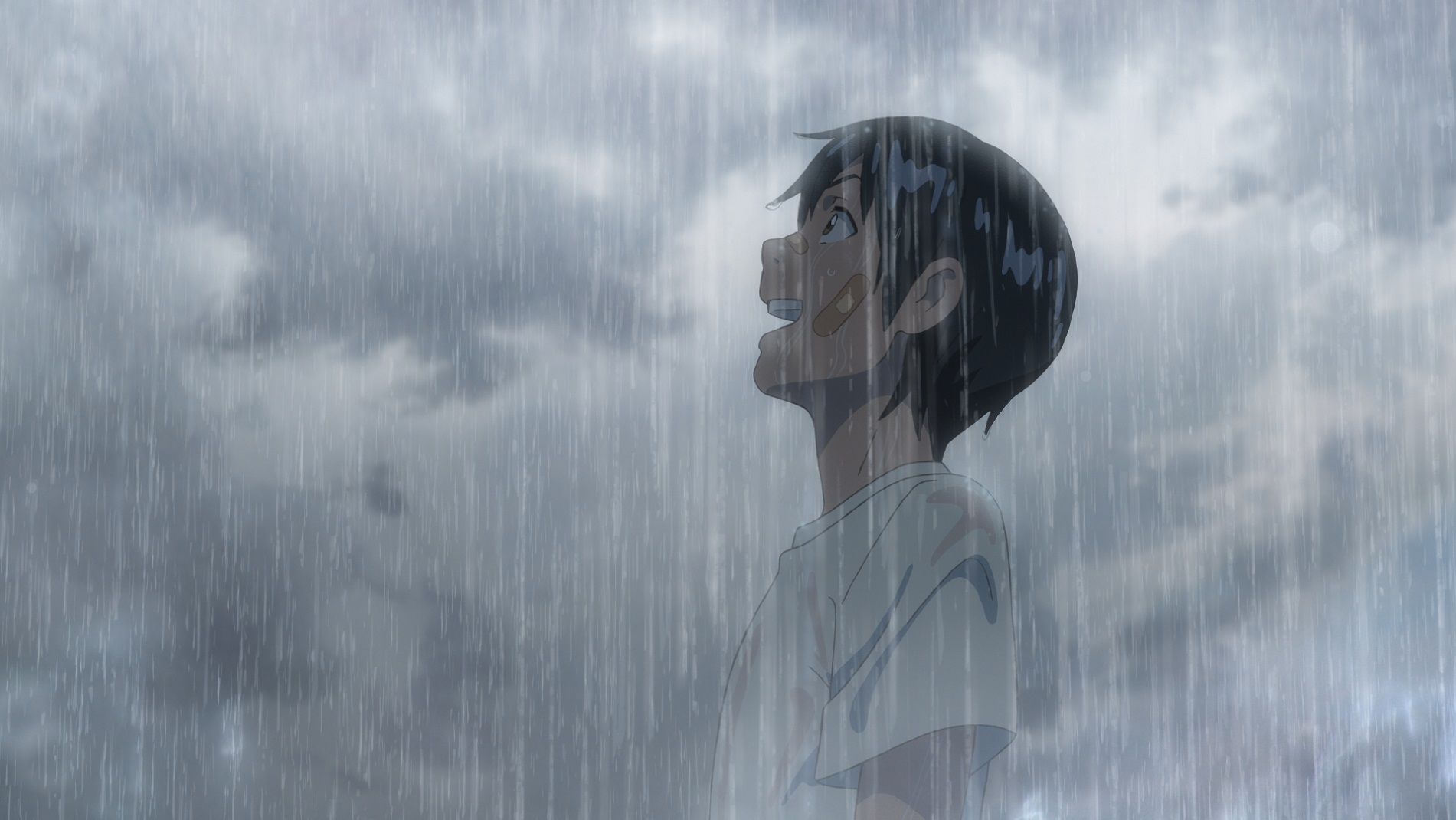 Of course, in true Shinkai fashion, there’s a twist to the hows and whys of Hina’s powers, leading to Hodaka to do all he can to help her in her time of need. But when the cops are looking for him due to being a runaway (among a couple of other things), it becomes a race against time to protect each other’s futures. As the rains grow harder and the weather becomes more unstable, Hodaka, Hina, and Nagi do all that they can to survive a world that’s gone far crazier than usual.

One thing that keeps Weathering with You afloat is its pacing. Never does it hold its story down by the wayside for the sake of stretching things out; plot elements just naturally fall into place in the right sort of way. Nothing drags too long, nor does the film try to bore its audience with some strange exposition. It is, without a doubt, a fine example of letting viewers drift alongside a suspension of disbelief. 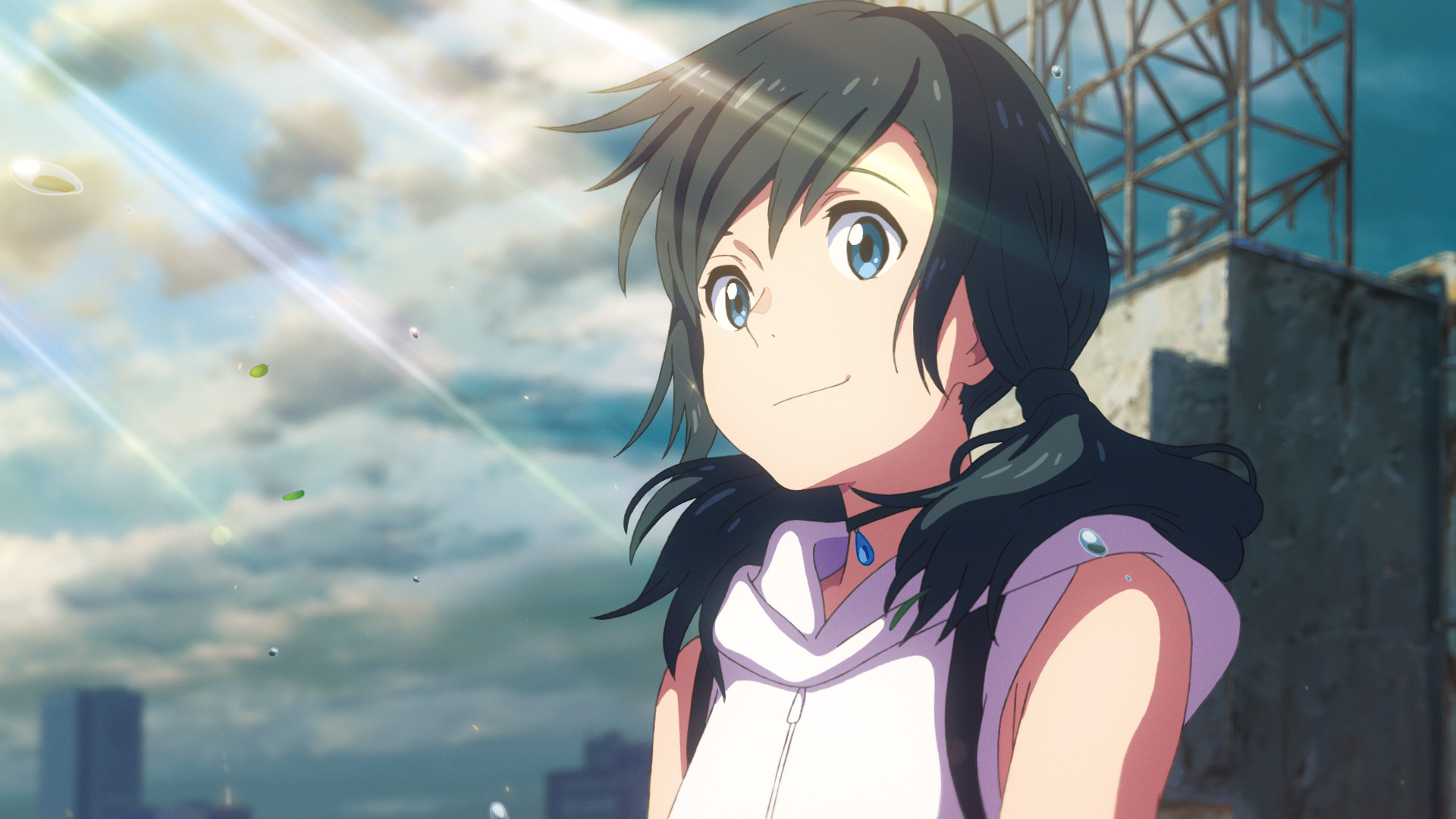 However, it is somewhat easy to see the similarities between this film and Your Name. Dare I say, they both share very familiar third act narratives. It’s not a bad thing per se, as one can even compare what happens in Weathering with You’s climax to quite a few Studio Ghibli flicks, but it is somewhat of an issue when you do two of the same storytelling tropes in a row. While it leads down a couple of predictable paths, one can argue that this film’s means of transport helps keep a couple of things unique on its way to its destination.

And when it gets times to throw in some excitement, Shinkai does so with glee! While I don’t want to spoil too much here, what occurs when the police arrive to find Hodaka pushes the film’s tension and race against time to full throttle. How it’s presented is what keeps it grounded in a relatable sort of manner, resulting in many breathtaking moments that will make it hard to blink for certain viewers. It also helps when you have strong performances from the voice cast, especially with Daigo’s down-to-earth portrayal as Hodaka and Mori’s confident can-do attitude as Hina. 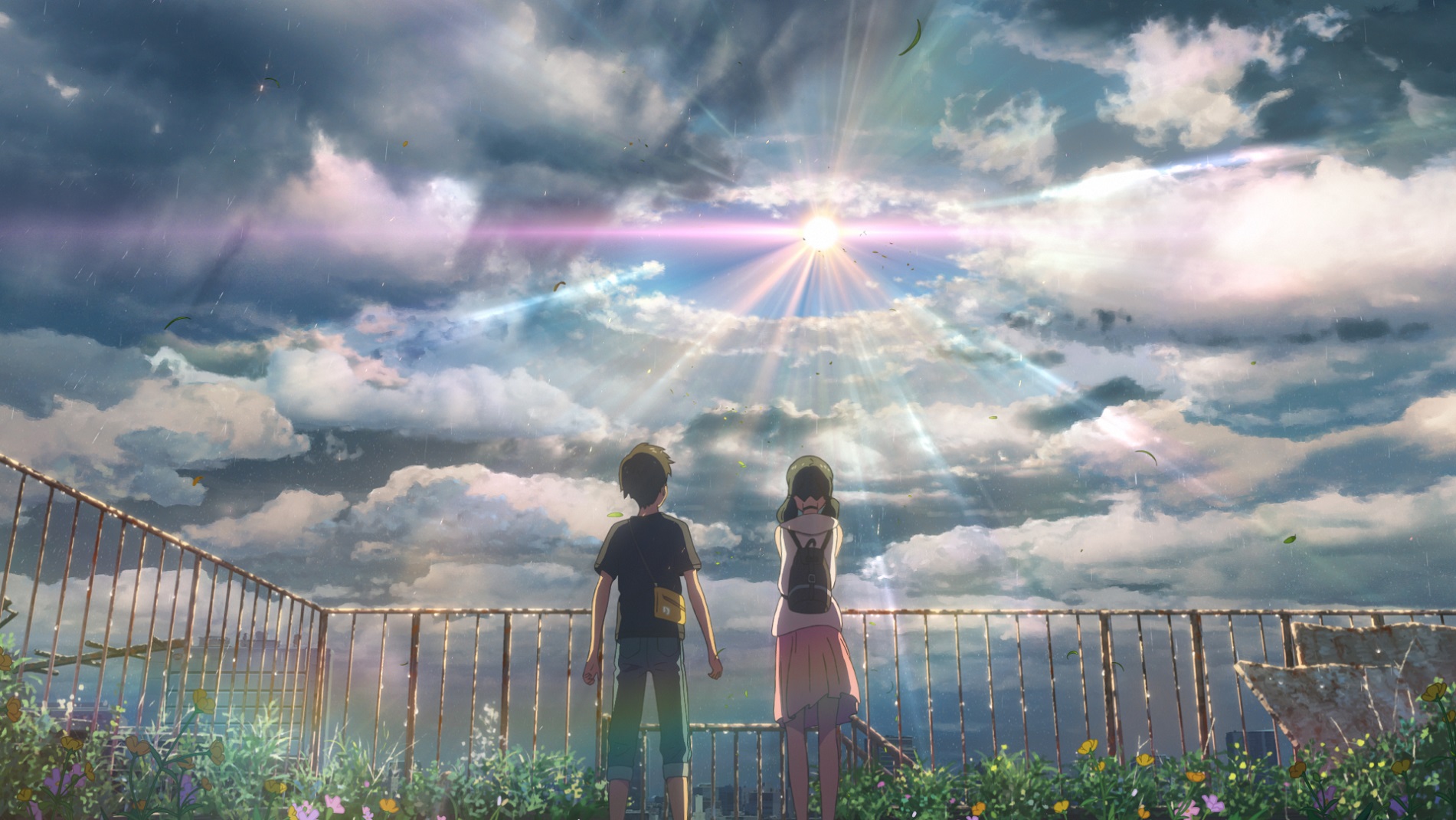 All of this is captured brilliantly in CoMix Wave Films’ production, where both realism and fantasy go hand-in-hand. It’s been awhile since I’ve seen Tokyo captured with such perfect detail in animated form, with the neon lights, skyscrapers, and even public transits reaching photorealistic levels of gorgeousness. The films’ characters also look bubbly with emotion, matching well with their voice actors’ performances. But perhaps most impressive is how they present the weather in this film, with storms crashing violently and sunshine glimmering with the hope that this film aids to bring to the downtrodden.

Aiding Shinkai again in the soundtrack department is Radwimps, who offer yet again another stellar selection of tracks. However, stealing their spotlight in the vocals department is singer Toko Miura, who appears in the songs “Grand Escape” and “Celebration.” I’m not sure where frontman Yojiro Noda found her, but I highly suggest future collaborations with this hopeful rising star.

Weathering with You may not pull Shinkai out of the shadow of Your Name, but the follow-up to that blockbuster smash never would’ve in the first place. Nonetheless, it’s still a great piece of animated art that any lover of the genre would certainly have a hard time taking their eyes off of. Thanks to a fine mixture of beautiful animation and well-kneaded storytelling, Weathering with You makes for an uplifting experience that’ll bring a rainbow into any viewer’s heart.

Want good weather for an upcoming event? Hire the Sunshine Girl to deliver a prayer for clear skies! Click here to find out how!