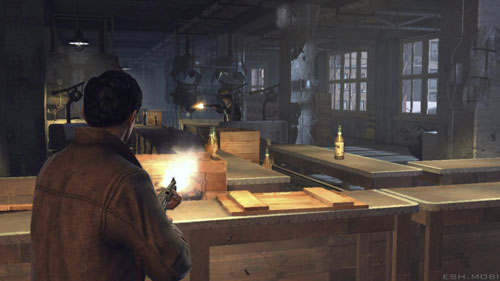 E3 is right around the corner and I’m sure there are a bunch of surprises in store for us.  For now though, we have a lot of stuff to look forward to that we already know about.  Mafia II, which is slated to hit stores late August, is looking like it could be very impressive.  Everything from the intriguing story to the use of NVIDIA’s PhysX engine to create more destructible environments makes this game worth keeping in your sights. 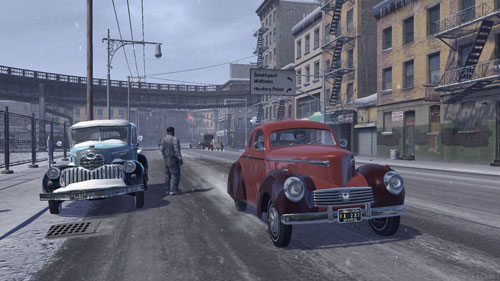 The first Mafia, originally released for the PS2, XBOX and PC, was noted for its exceptional storytelling.  In Mafia II, they are definitely looking to follow suit and spin one heck of a yarn.  The game, set in the 1940s and 50s, follows Vito Scaletta who, to avoid jail time for a robbery gone bad, joined the US Army.  As he is returning, he hooks back up with his old friend Joe and his rise to the top of the mob begins.  One of the things about the story thus far that really intrigues me is how big a part the Joe character is going to be in the game.  There have been sidekicks in games before, take Infamous as an example.  Super powered Cole had his old buddy Zeke to occasionally play a small part in some missions.  What’s different in Mafia II is that Joe is not just a sidekick, he is your partner which in a weird way makes the game a sort of buddy-robber story.  This adds an extra dynamic to the story that will make it much more cinematic. 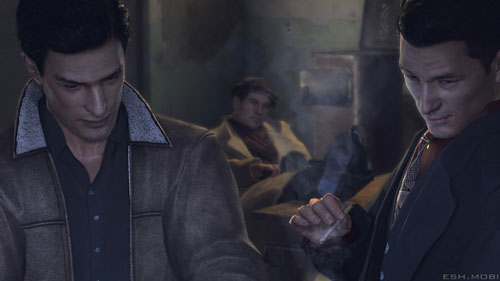 Joe is your partner in crime and best bud

While the story in the first game was excellent, and the next looks to be even better, the thing about Mafia that did not shine so brightly was the graphics.  Fear not though, as Mafia II is looking to improve greatly on this in multiple ways.  First off, the characters and environments are looking fantastic thus far.  On top of that, the game is using NVIDIA’s PhysX engine, which has been used to great effect in games like Batman: Arkham Asylum, to add an extra element of destructibility to the environments in the game.  Cars are exploding, glass is shattering, walls are crumbling and it all looks fantastic.  With these issues addressed from the first game, I have little doubt that the successor will be awesome. 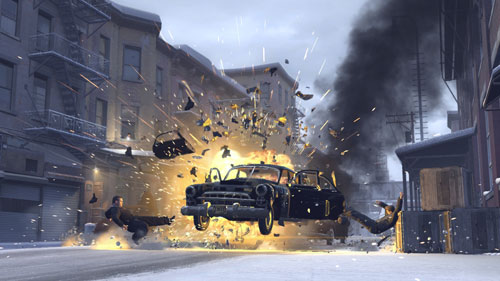 Mafia II, being developed by 2K Czech, is looking to be one heck of a game.  Regular and Collectors editions are going to be available at launch on August 24th.  With the collectors edition you get a whole bunch of fun goodies such as the orchestral score, an art book, downloadable content and a tear resistant map of the city.  I’m definitely looking forward to seeing it at E3 so make sure to check back with us in two weeks!