Getting High With Snoopy 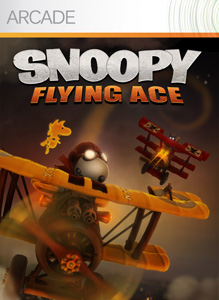 The Peanuts gang have been around for a wonderful sixty years, and during that time we have been given classic comics, TV shows, movies and video games. This past June the folks over at Smart Bomb Interactive released the fourteenth Peanuts-based game in its sixty-year history: Snoopy Flying Ace. Needless to say, for a Charlie Brown game, I came out of this dogfight with eyes wide and jaws dropped. How is it possible that a Snoopy title, of all things, might turn out to be the best Xbox Live release of the year?

In Snoopy Flying Ace players take control of the world's most beloved beagle as he battles it out throughout Europe in World War I. Your missions include taking down the Red Baron, protecting precious landmarks and just all-out shooting down planes in glorious mayhem. When you feel like you're ready you can take on the world in a multi-player battle that includes the choices of Dogfight, Capture the Flag and Pigskin.

Controlling the game takes some getting used to, as you might be confused at first by the flight controls. Some might need to switch to inverted mode to feel more at ease with the flying techniques, while other won't. (It mostly depends on how many other flying games you've played in your lifetime.) Once you've got the flying down patch that when you can try performing barrel rolls or other evasive attacks to avoid enemy fire. When it comes to weapon control the designers at Smart Bomb Interactive made sure that firing your guns or launching your missiles were as easy as can be. It will take a bit of time to figure out how to aim precisely (hint: it deals with guessing your enemy's next position), but once you've got that down pat playing this game with be both simple and fun. 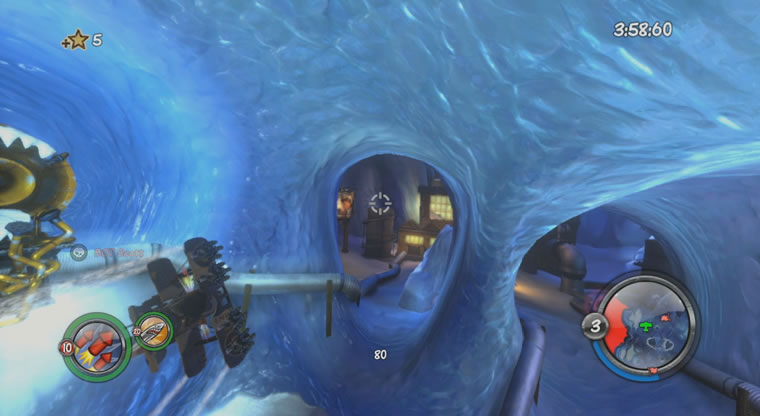 Graphics in Snoopy Flying Ace excel in what a Peanuts game should look like. Its blend of cartoonish worlds and characters mixed with realistic explosions and battles make this one of the best-looking games on Xbox Live. In fact, given the era of our times, this could easily be seen as a fine example of what a CGI Peanuts film could look like (though some may argue, correctly, that Charlie Brown and Snoopy need only stay in a cel-shaded world). Also bringing a realm of realism to the game is its sound effects, with the bangs 'n' booms of real-life dogfighting combat reigning supreme in this download title. (Hearing Snoopy's trademark cackle when you shoot down a plane always gives me a warm fuzzy feeling.) The soundtrack, while fitting to the WWI era and motif, gets kind of old, and should've maybe had a few more compositions to it.

When it comes to the gameplay, Snoopy Flying Ace just might be the first great air combat shooter of the decade. Battling it out in the game's vivid story mode is extremely fun, and its variety of tasks (i.e.: shooting down planes, blowing up blimps, protecting the Sphinx) add a whole lot to love to this Peanuts title. However it's when you dive into online multi-player mode where the fun really starts, where you can play as all your favorite Peanuts characters (and even your Xbox Avatar). You have the choice of doing Dogfight, which you either fight for your own life or with a team, Capture the Flag (solo or team) and Pigskin. I've got to say that Pigskin is widely creative and fun, where you and your teammates practically play a game of football in the sky. Just be warned: there are already a bunch of skilled players online, and it might take you a few hours to get your first kill. 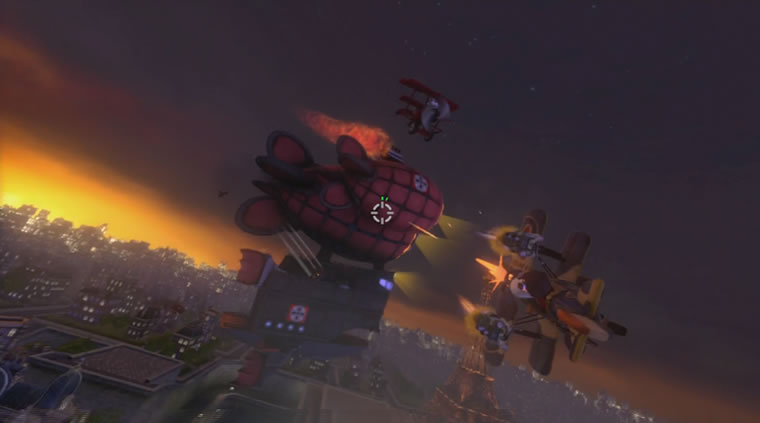 One real question still remains: would Charles Schulz be happy with Snoopy Flying Ace? While there is a lot of action and violent mayhem in this game there are no real fatalities. (When you shoot down a plane the pilot parachutes down to safety.) On top of that there is still a sort of Peanuts-like funny innocence to the game, and when you get enough "kills" in a row in multi-player you will be able to fly on Snoopy's trademark doghouse. Plus it's all fun and games, and even has the feel and humor of the classic Charlie Brown TV series, specials and movies. If Schulz were alive today I believe deeply that he would give Snoopy Flying Ace a nod of approval.

I cannot believe I am about to say this, but Snoopy Flying Ace just might be the best download title on Xbox Live this year, and will leave both PS3 and Wii owners clamoring for a port of this game for their own. Flying has never been this much fun in ages, and the online multi-player mode gets everything done right. What more can I say except download this title now, and for only 800 Xbox Points it's practically a steal. I guess it's true what they say: happiness is a warm puppy, especially one flying in his Sopwith Camel.

Limbo Is Not Braid