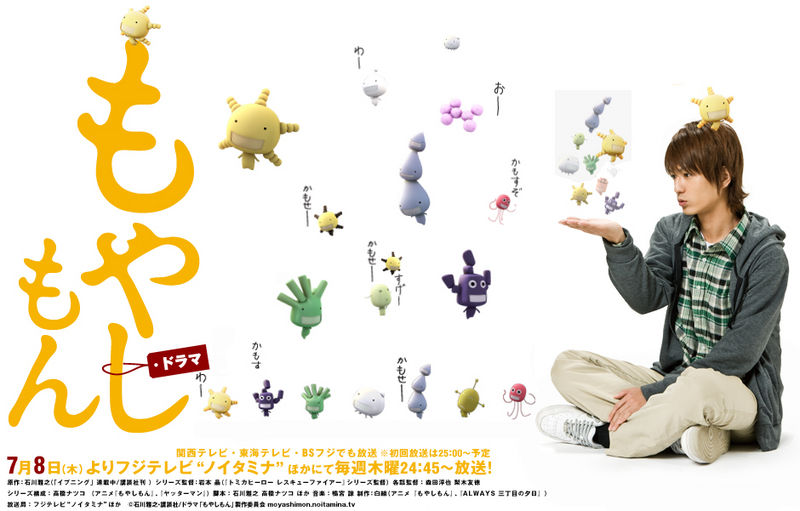 I've been a fan of Moyashimon (or Moyasimon, depending on which company spells it) for almost three years now. I've watched the entire anime series, read the manga and even own an A. oryzae plushie. When I heard that there were plans to do a live-action version I was stoked, and then when I read that FUNimation was to stream the show soon after each episode airs I got excited. Then I watched the show. Needless to say it left a bittersweet taste in my mouth.

Moyashimon follows the life of Tadayasu (Nakamura Yuichi), a student at an agricultural college with a unique gift: he can see microbes and bacteria with a naked eye. His ability catches the ear of Professor Itsuki (Kurosawa Toshio) and his grad student partner Hasegawa (Kato Natsuki), who use Tadayasu to help in their studies. Unfortunately it also reaches the ears of Takuma (Kimura Akihito) and Misato (Nishida Kato), who use their knowledge of bacteria to try to turn a buck; and as soon as they meet Tadayasu they (forcefully) bring him into their schemes. Female students Hazuki (Haneyuri) and Aoi (Chisun) also catch wind of Tadayasu's abilities, and soon come to respect and befriend him. All goes well, until a childhood friend (Okamoto Azusa) appears...

When it comes to adapting manga or anime into live-action J-DRAMA, the same issue always arises: condensing the material to fit the show's scheduled timeline. Surprisingly Moyashimon manages to to do that well, focusing on the main aspects of the original source without having to slice off anything important. Unfortunately this leads to one of the main characters to be left out of the series until the end of the fourth episode (unlike in the manga and anime, where the character appears in the first chapter/episode). Granted it helps to keep the character hidden until then so as to not spoil the surprise (which I will not tell you, so as to make you actually watch the show), but there could've been at least a flashback or two to showcase the character in the first episode. 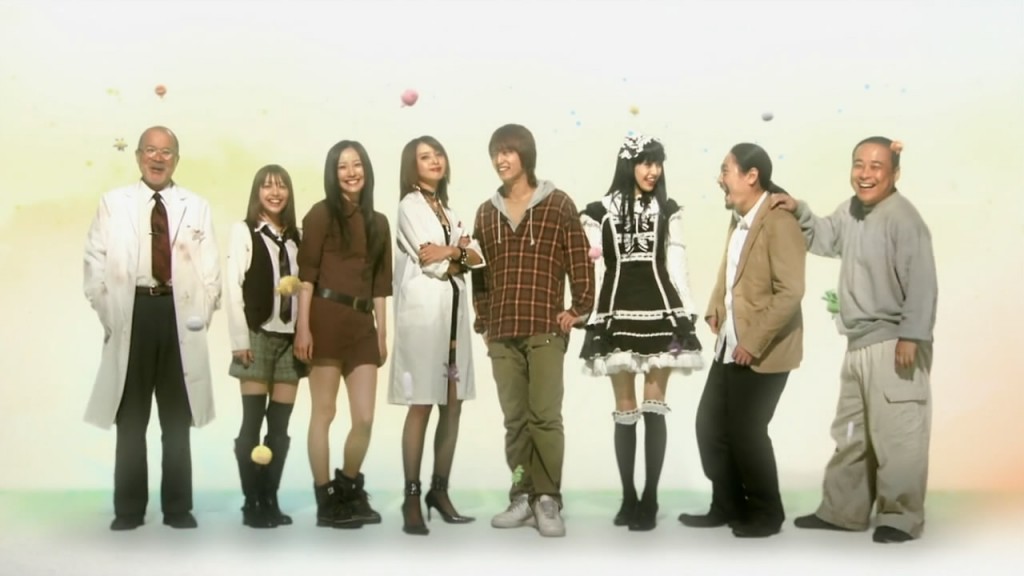 Each episode connects to one another, and the plotlines are well-written. I can't talk about the writing without having to mention Episode Five ("Love Potion"), which features some of the best and funniest moments on any TV series from around the globe. The reactions and outcomes to the characters after talking the aphrodisiac is too priceless for words, and can be compared easily to the most recent of Todd Phillips movies. I would be lying if I said it didn't make me laugh uncontrollably, and the added commentary from the microbes brought a strong sarcastic wit to the series.

Speaking of the microbes, props must be given to the people who had to animate them. Not only do they look fantastic, but the work to put them into the scenes is as spot-on as the most recent Hollywood blockbusters. One scene where this is done perfectly is in the first episode, where Tadayasu is brought into the now-destroyed sake containment room. When Takuma and Misato open the containers the microbes swirl around Tadayasu as he tries to brush them off. The camerawork showcases a one-shot where in one moment we see the microbes from Tadayasu's point-of-view to that of the other two students (i.e.: them being invisible). Whoever edited that one scene together should seriously be considered for a good-paying editing job for the next big Japanese action flick. Of course we can't forget about the voice acting of the microbes, which easily manages to outshine the acting of the real human actors. (Sadly, I couldn't find out who does it here, but it's strongly possible that it's the same people who voiced them in the anime.)

This, sadly, leads us to the weakest part of the live-action Moyashimon: the acting. While in the similar vein of such classic J-DRAMAs as Great Teacher Onizuka and Gokusen the acting here sometimes doesn't work. The blend of realism and laughably-bad acting got annoying in parts, especially in regards to the UFO Club in Episode 3. Whoever taught these four people how to act should be stripped of their credentials, as the UFO Club was eye-gouchingly bad. (It does lead to a funny moment involving Professor Itsuki, but they still got on my nerves.) The other characters bring forth many hit-and-miss moments, and at times they, too, got bothersome. That said sometimes these sorts of reactions manage well in Moyashimon, whereas other times they don't. 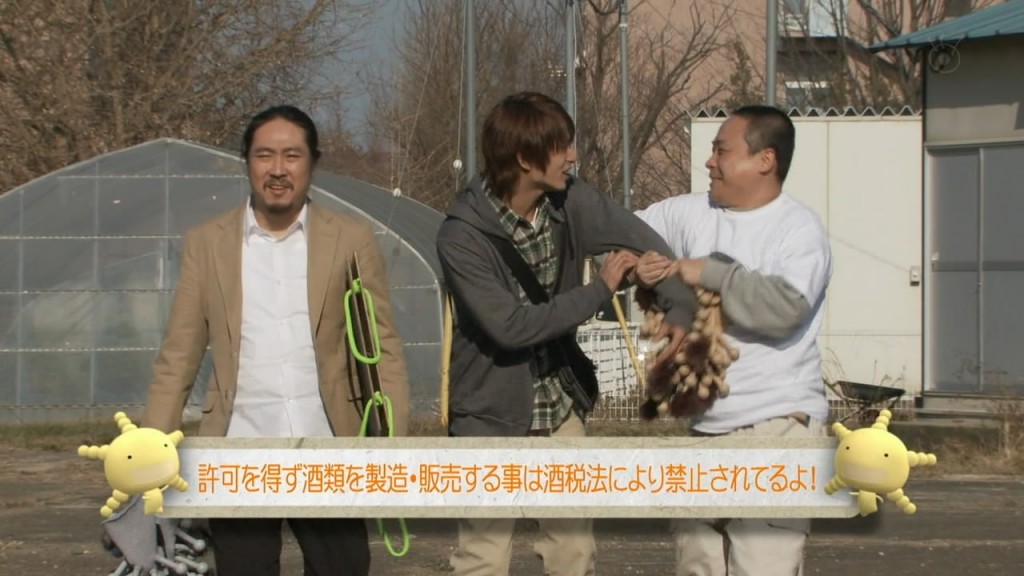 If you can get past some of the acting, however, Moyashimon can be a real treat to watch. In fact it's also quite educational, especially when the microbes come onto the screen to introduce themselves. If one were to splice these moments together they would have quite the handy educational video for microbiology classes in high school and college. Not to mention the show can be very humorous. I do advise, however, that you view only an episode at a time, as the acting probably will get to you if you marathon it.

By the way, if you don't believe the part about me owning a Moyashimon plushie, I advise you to look below. 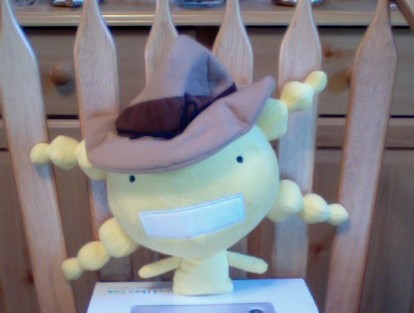