Bioshock has a great many things that define it as a series: atmospheric and highly-stylized environments, fun and interesting first-person combat, a sense of wonder and amazement and giant robots with a drill for a hand.  One thing that, until somewhat recently, I didn’t know it was known for, is a really awesome trailer. 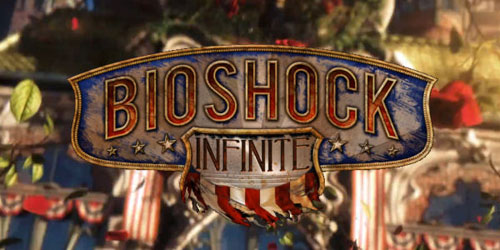 Let’s get this out there right away, the trailer for Bioshock Infinite is pretty freaking awesome.  In fact, it was so awesome that I had to go back and revisit both of the other trailers from the previous games.  What I found is that while they each have a very distinct structure and feeling to them, they are different in their own wonderful way.

The original Bioshock trailer opens by diving into the sea and revealing the great undersea city of Rapture.  Even after spending an entire game walking through the city, it still gives me goosebumps to see that initial reveal.  After a pan through o the underwater metropolis, we cut to our protagonist and quickly snap to a first-person view.  What follows is a scene that very appropriately gives you a good idea of how afraid of the behemoth Big Daddies you should be.  The sense of desperation very accurately depicts the way my stomach churned every time I heard that whale-like groan echo though the halls of Rapture. 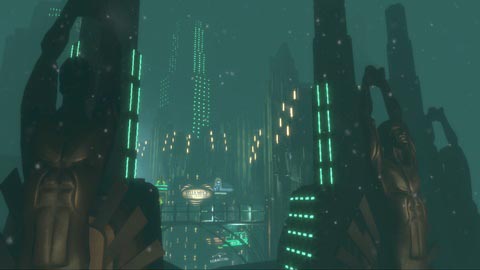 The trailer for Bioshock 2 starts much the same way that the first does, once again taking us straight to the depths of Rapture.  In stark contrast to the original trailer however, the roll is reversed and desperation is replaced by being a freaking badass.  As the original Big Daddy, you tear through splicers as though they were cheap toilet paper.  The major focus of the second game was its fun gameplay and this trailer exhibited that quite well. 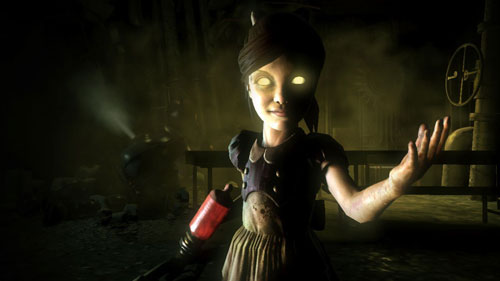 Last, but certainly not least, is Bioshock Infinite.  Just like the last two, it starts deep in the sea.  Or does it?  We’re already in the first-person and with our head shoved in a giant aquarium.  After being thrust out a window by some sort of creature, you find that you’re not exactly under the sea anymore.  Desperation makes a grand return this trailer as you spend the majority of it falling from the sky.  A sense of wonderment not felt since that initial reveal of Rapture is present in this trailer with our first look at Columbia as you are clutching onto the side of a zeppelin.  Also showcased is the powers of a mysterious female character as she attempts to save you from your fall with roses that make you levitate.  This video is much more like the first than it is the second, with our hero meeting his demise at the end. 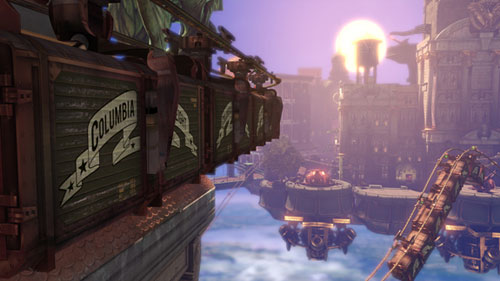 I haven’t seen such a wonderful trilogy of video since the original three Alien movies.  Okay, so maybe I’m being a little dramatic there, but it is certainly worth going back and watching each of them in succession in order to appreciate their similarities and differences, much like the aforementioned sci-fi horror series.  At the very least, if you haven’t seen the Bioshock Infinite trailer yet, crawl out from underneath your rock and watch it!  It’s awesome and you won’t regret it.