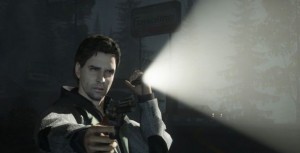 In May, I invested in Alan Wake, a game from Remedy Entertainment. I gushed on the ElectricSistaHood podcast about the game, and the free downloadable content “The Signal”. Well of course like all linear things, the end of the previously mentioned content to this progressive psychological thriller has presented itself and it couldn’t have come at a better time. 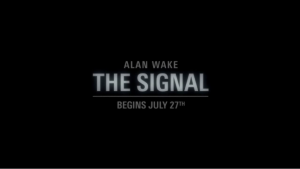 “The Signal” essentially brings us back to the point where Alan has saved Alice. However he is dangerously immersed in the darkness. Thomas Zane is trying to lead Alan out of it while the darkness is distorting the path. Alan revisits some of the first areas of the game, in “The Signal”, and the same will go for the latest installment “The Writer”

The Writer has been given a release date of October 12th for the low price of 560 Microsoft points, which if my math doesn’t fail me is roughly around seven dollars. It is said to be the last downloadable episode to the series.

There is no concrete proof that a sequel is coming for this game. Remedy fans would love to see this story develop further-- I know that I do! Right now, all we can do is hope.

If you didn’t play it then this doesn’t affect you but if you did then you know deep down in your gamer heart that this is a much need addition or should I say a much needed finale.