The Argument for a Launch Day 3DS

With the Nintendo 3DS heading our way later this month, I’m already counting down the days until I get to enjoy some glasses-free 3D fun.  There have been a lot of people out there who are skeptical about the value of picking up Nintendo’s new system on the day it comes out.  While I can certainly understand the reasons for waiting, it’s just not something I’m willing to do this time around.  Stick around, hit the break and I’ll fill you in on why I just can’t wait for this one. 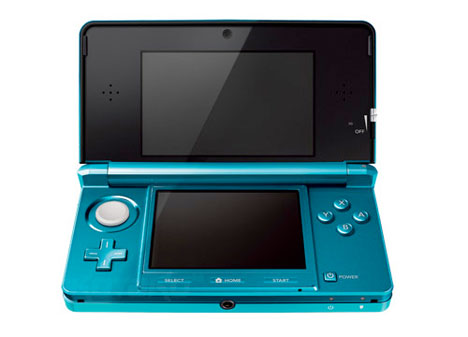 The thing I hear most often is in reference to the launch lineup for the system.  There are quite a few awesome games that I am thrilled about playing for the new handheld.  None of them are coming out on the system’s release date.  Thinking back to the release of the Wii, I would certainly have thought the same way about the game that came pre-packaged with the system.  Midnight that night, I went out and purchased the motion-controlled console with a group of my friends and while I got three games with it, the only one I couldn’t stop playing was that same aforementioned pre-packaged game.  The reason it was so addictive is easy to understand; it took appropriate advantage of the new capabilities of the hardware and presented them in a meaningful way.  So, while none of the games launching with the system are the blockbuster games, there are several that I feel could fulfill the same role as Wii Sports by giving a fun and meaningful demo of what this new hardware can do.  Personally, I have Pilotwings Resort reserved as of right now and am strongly considering Steel Diver to go with it.  Also, it won’t be too long afterwards that those other games will start releasing and by then I’ll be ready.

The other objection is that surely there will be a revision coming, so why buy the terrible first one when I can wait for the 3DS Slim?  Looking back at both the Gameboy Advance and the Nintendo DS, it took somewhere around two years for that second iteration to hit the scene.  At this point, having already had a taste of just how awesome this thing is, I certainly don’t think I’d like to wait that long to get it.  I’m sure there probably will be some sort of second, and possibly third, version of the 3DS to hit shelves later on, but it’s just too much fun to wait.  I’m sure there are a lot of patient people out there who are more than willing to wait as long as it takes, and that could or could not be long, but I’m not one of them.  Additionally, I don’t want to fall into the trap that I fell into thinking I could leisurely pick one up when I get around to it.  It happened to me with Wii Fit and it took me several months before I stumbled across one randomly in a Blockbuster.

In short, I’m looking forward to March 27th a great deal.  I can’t wait to get a chance to play with such a cool device whenever I feel like it.  So, while the games won’t be as awesome as Ocarina of Time 3D, just a bit of a high hurdle, I’m still really excited to play them and while I’m sure they’ll release another one eventually, I just don’t feel like waiting.  As I’m sure you’ve deduced by this point, you’ll be hearing from me after the release on my impressions of the system.  Talk to you then!