One title I only passed by during my time at PAX East this year was Rockstar Games L.A. Noire. Are murder mysteries not my thing? Of course they are. I spent more time in the 80's watching TV shows like Murder She Wrote, Columbo, and Perry Mason than I probably should admit. Did I bear some kind of grudge against Rockstar Games? Hardly. Rockstar publishes a few of my favorite titles, with Grand Theft Auto IV ranking pretty high up on my "favorite games of all times" list. So then, what could my reason be?

The line was always too damn long. I mean look at all those people. I never was able to get an appointment setup to go hands on with Noire and it was just so damn popular that I found other things to do during the show. (Like lose my Looxcie cam, sigh.) But Noire did interest me. It had since last year's E3 event.

In fairness, I really hadn't followed the games' development until the 2010 E3 event. I typically lose interest in titles that do the off-again-on-again dance - you know, "it will be out this quarter...oh wait development has been halted...but we really believe in this project so we will work on it again" type thing. (I call it Duke Nukem's Disease). Noire had been doing this dance since 2004 really, which is - unless my math is off - over 7 years ago, but seeing people get hyped about it again at E3 and checking out the screens the Rockstar Games group was sharing at the time reminded me of why I was interested in the title to begin with.

Film noir has been something I've enjoyed most of my young adult and now adult life. Movies like Sunset Boulevard, Mildred Pierce and The Third Man to this day are some of my more favorite films to watch, and not just because they are classic movies but they have this great balance of sadness and authenticity that makes for captivating storytelling. When done well, video games can do the same thing so using the video game as the mechanic to tell the noir story not only makes sense but excites me. 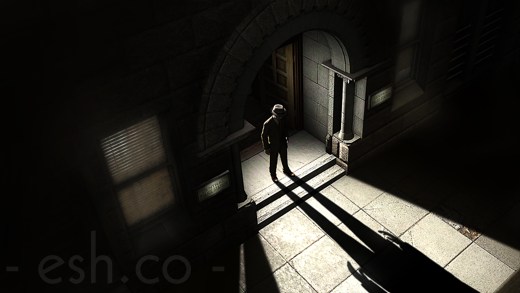 Solitary in the darkness of L.A.

Set in L.A. circa 1947, with its swanky jazz background music, big cars and rampant corruption and drug culture, Noire sets out to recreate the feel of detective films from the early to mid 1940's and only time will tell if it does it well.

In the game, the main character is Cole Phelps. According to the website for the game, Phelps is an LAPD detective that,

"...must unravel the truth behind a string of arson attacks, racketeering conspiracies and brutal murders, battling the L.A. underworld and even members of his own department to uncover a secret that could shake the city to its rotten core."

One look at some of the existing screens and trailers for the game has definitely convinced me that the game is worth an in-depth look, so I'll be anxious to get my hands on the game when it comes out in May. Visit the games' website and share your thoughts in the comments below.

Is L.A. Noire an interesting blend of the old (feature film type storytelling) and the new (pushing pixels at 1080p) or is it something else entirely? I'm not sure, but May is just around the corner.