Get Drenched With Brooklyn-Branded "Hot Sauce" 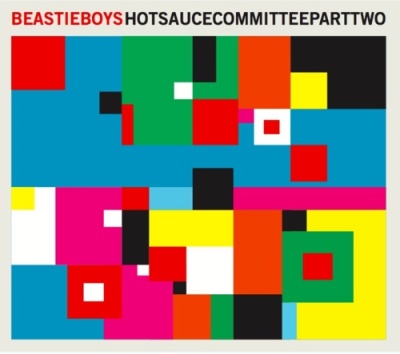 It's been twenty-five years since the Beastie Boys first hit the record stores with their breakthrough album License To Ill. During that quarter-of-a-century the trio made up of Mike D., Ad-Rock and MCA have spent their years inventing gangsta rap, creating memorable music videos and cementing themselves as one of the most influential music groups of all time. This Tuesday the band is set to release their eighth album: Hot Sauce Committee Part Two, a record that combines every great element of their past LPs into one amazing musical experience

The latest adventure with the Beastie Boys starts on the right foot with "Make Some Noise," a track that blends their old-school upbringings with modern-day experimental remixing. It adds a nod to their biggest hit with the line "We gonna party for the motherfucking right to fight," with the overall feel that the original party from years ago isn't just still going on, it's showing no signs of slowing down. It's "Say It" that calls back to their noisecore punk roots, along with the full-on proof that they can still be as lyrically nasty as ever. (Hearing Mike D. spit "You could keep 'em out of service and you're a complainer/You bust your ass Jones like you slipped on a banana" made me smirk, both for its creativity and its nod to classic slapstick.) Another nod to their noisecore origins is "Lee Majors Comes Again," which adds a Big Black flair to the Beasties sound.

View the short film Fight For Your Right - Revisited here!

Rapper NAS accompanies the boys in "Too Many Rappers," mixing the old-school and new-school melodies together in perfect harmony, along with the sci-fi samples and free-flowing rhymes that help make this song worthy of any dance club. Santigold comes aboard for the album's other collaboration "Don't Play No Game That I Can't Win," a track with a Bollywood electonica vibe and sexy sax solo that gives the trio's rhymes a sort of spicy feeling worthy of its album title. "Funky Donkey" takes the torch from its monkey cousin, adding more from its Paul's Boutiqueupbringing than its Ill parents. The classic old-school sound appears in "Crazy Ass Shit," where the Beastie Boys return at full force with its boasting abilities.

It's been seven years since their last lyric-filled album To the 5 Boroughs hit the record stores, and while it was still a great album it lacked the lyrically genius of their previous releases. Hot Sauce Committee Part Two on the other hand showcases that not only do the Beasties have the game, but they reinvent the rap genre once again; maybe not in the same way Kanye West did with My Beautiful Dark Twisted Fantasy, but more from the indie artistic side that they're best known to play around with. The fact that the guys from Brooklyn still sound this way after being in the business for two and a half decades is not just a miracle; it's proof that classic old-school hip-hop gets better with age and discipline. Then again the Beastie Boys can still kick a lot of ass even when the maturity level drops to zero.

Hot Sauce Committee Part Two will be released on Tuesday, May 3rd in stores everywhere. The album was reviewed via the Beastie Boys' official SoundCloud page.