HomeReviewsNo Roads Required for Back to the Future Game
by: Hamsterman2049
0
Reviews / Video Games

No Roads Required for Back to the Future Game

Last December, I forked out twenty big ones to Telltale Games with the promise that I would be getting treated to a new adventure in the Back to the Future universe.  Eight months later, the series of episodes promised me have come to an end.  As an avid fan of the movie trilogy I was terrified that this game would tarnish the good name of the franchise, but ever hopeful that it would live up to it.  I’m glad to say that as the credits rolled, I thought truly felt as though I had just finished watching Back to the Future: Part 4. 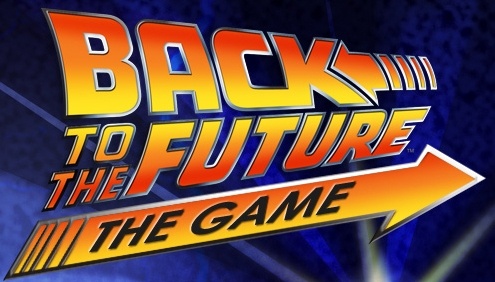 From the vocal stylings of A.J. Locascio as a very convincing Marty McFly to the excellently crafted story, with throwbacks and fan service galore, Back to the Future: The Game felt like it belonged in the universe.  Filling a great missing chunk in the timeline of the movies, you go back to when Doc Brown was a teenager to rescue his older self from jail.  After solving that small problem, the joys of time traveling surface once again for Marty as timelines start getting messed up all over the place.  If this sounds familiar to you, then you are clearly a fan and if you are a fan of the series, then I would be remiss if I didn’t recommend that you go and download this game immediately.

That being said, while it is a fantastic gift to Back to the Future fans, this game may not be for everyone.  Even distracted by my love for the films, I can tell that the difficulty is rather low.  Most of the areas in the game are rather small and only once or twice in the entire five game series did I get stuck for more than ten minutes.  While this definitely kept everything flowing, for those of you looking for a challenge, this is not that game.  At the risk of nitpicking, the lip-synching rarely ever looked correct, but it was certainly not a deal-breaker.  While most of the episodes had plenty of action in them, there were admittedly some parts where pace dropped down a bit, but this was never a bad thing as it allowed for plenty of time for inside jokes and movie references.  Towards the end of the last episode it even got surprisingly self-satirical, but trust me when I say it was in the best way possible. 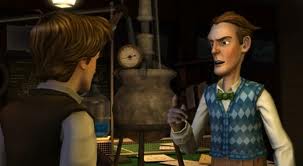 I have a confession to make, this was the first Telltale subscription that I’ve ever done.  I can honestly say that there is a reason why they’ve kept doing things this way.  It’s almost like seeing that you got that magazine you were looking forward to reading, or that package you forgot you ordered, in the mail whenever an episode began to download.  Each episode being in two-to-three hour chunks also helped to break the game up without burning you out.  After playing this game, I will likely follow with Jurassic Park, just because of how impressed I am with the way it has been handled.

I’ve been trying with all my might to not give away any spoilers while talking about this game, but I’m afraid there is one that I will disclose here.  At the end of the game, after the credits were finished rolling, the words “To Be Continued” flashed up on the screen.  I will be keeping my ear to Telltale’s wall until I hear something about that, but I’m sure we have plenty to look forward to until then with Jurassic Park and The Walking Dead games coming soon.  Now I’ve got to finish up Ocarina of Time 3D, so I’m gonna make like a tree and get out of here!