When Ryu Met Jin...To Fight To The Death! 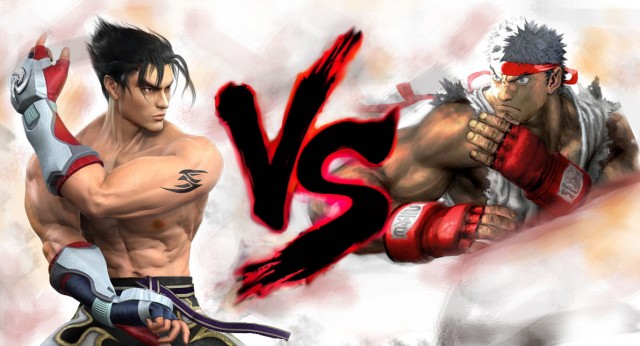 At E3 this year the Capcom section the majority of the buzz was on the upcoming franchise-clashing Street Fighter X Tekken. Capcom is no stranger to battling it out with other franchises (i.e.: SNK, Marvel, Tatsunoko), but for the first time in fighting game history we are given one of the very few ultimate what-if scenarios within the gaming realm. (The other, of course, is Street Fighter versus Mortal Kombat, though that still seems unlikely to happen.)

For Street Fighter X Tekken Capcom -- as well as the Sony section -- had created a classic arcade cabinet setup where players can battle it out using the old-school stick and button peripherals. Myself and a contributor to the French gaming review site El Chikito decide to battle each other in a classic two-on-two fight. For this demo I decided to pair up Street Fighter character Ryu with King from the Tekken world. Right off the bat the visuals overtook me, as the animation was just as good (maybe even better) than Super Street Fighter IV. The character expressions, blood and all-around fighting sequences were heavily detailed, with not even the tiniest aspect spared. 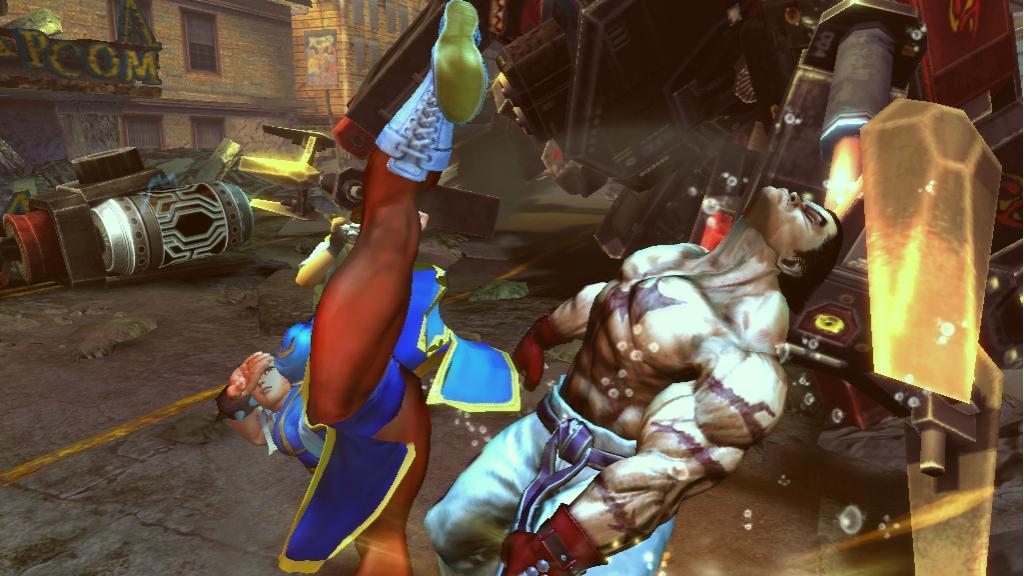 One of the biggest problems I had with Super Street Fighter IV was its combo system, which made it nearly impossible to pull off the bigger character moves. Fortunately Street Fighter X Tekken seems to be going down the path of Tatsunoko Vs. Capcom (last year's best Wii title), with a combo system that's simple to use but not to the point where players will overkill the Hadoukens. Tagging in your partner was also a lot simpler to do, giving your other character some time to heal before thrusting them back into battle. Speaking of character lifespan I also noticed that the character's lifelines seemed to be longer than in previous games, which will lead to much longer, intense fights.

After a three-round fight the El Chikito contributor reigned victorious, and as the humble sportsmen we were we shook hands and expressed excitement towards what we just played. While Street Fighter X Tekken is still far-off from being released (sometime in 2012, along with Namco's Tekken X Street Fighter) the demo we were able to play is already giving me high hopes that this video game super battle could very well be Capcom's strongest fighter title on the current-gen consoles. It'll at least be a massive improvement over the disappointing Marvel Vs. Capcom 3.