As a day-one owner of the Nintendo 3DS, I’ll admit that choice software for the system has been few and far between. While we’ve already had hits like Ocarina of Time 3D and Star Fox 64 3D to enjoy, it just hasn’t been the same. What we’ve all been waiting for is a great game to play that wasn’t released in the mid-to-late 90s. Nintendo has finally answered our pleas with Super Mario 3D Land. Is this the breakout brand-spanking new game for the 3DS, or is it simply too little too late? 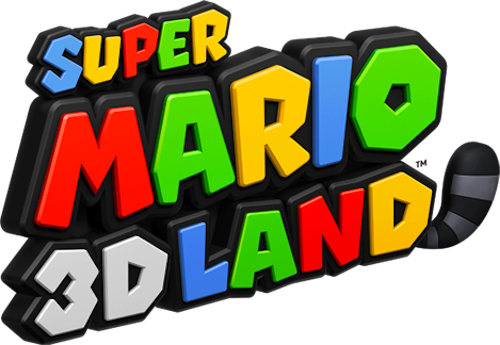 Starting up the game for the first time, there is very little to be surprised about. We open with a cut scene where, after a tree full of tanooki leaves are blown throughout the mushroom kingdom, bowser and his minions have yet again captured the princess. While not very original, if you were expecting oscar buzz from the story in this game, you clearly have never played any featuring this particular plumber. The real glory coming from this series lies in the gameplay and that is where this particular entry starts to shine.

One night, Super Mario 3 and Super Mario Galaxy 2 went out to have a few drinks. As night went on, the world got fuzzier and fuzzier for the pair until it seemed to melt away completely. The next morning, they woke up next to each other, not quite sure of the previous evenings events.  Nine months later, they gave birth to a beautiful baby 3DS game. This is the story of how Super Mario 3D Land came to be. It is designed to take the 3D-style of Mario gameplay, introduced to us by Super Mario 64, and combine it with the linear level-based structure of the earlier games. Why then would I single out Super Mario Galaxy 2 and Super Mario 3? I’ll explain myself one game at a time. 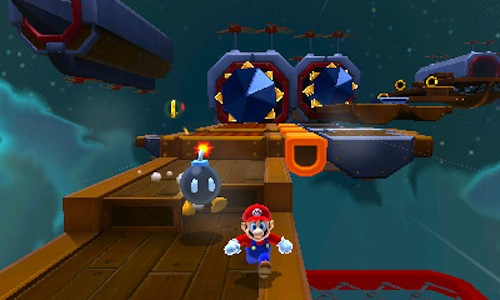 Aside from the obvious inclusion of the 3D style of play, most of what Super Mario Galaxy 2 had to contribute to this newest game came from identity. While you certainly weren’t flying from planet to planet, the graphics look as though they came straight from the same assets. I mean this in the most positive way possible, because Super Mario Galaxy 2 is a gorgeous game. The music as well, though not orchestrated, sounds like, and if I’m not mistaken often is, taken right from the aforementioned Wii title. The incredibly linear progression is another factor that makes this comparison difficult to dispute.

One of, if not, the most popular Mario games to date is Super Mario 3. Is it because of the ingenious level design? Okay, fine, that’s probably why everyone loves it so much, but the tanooki suit certainly doesn’t hurt. With the rarity of the item and the cool new powers it allowed you to have, it had a certain allure that always makes my heart skip a beat whenever I find it. In Super Mario 3D Land, you will find many tanooki suits.  It is probably the most common item in the game. Fear not, however, as there are several different varieties of tanooki suit available to you. This includes one that is wearing a sporty neckerchief and has the ability to turn to stone. Airships and koopa kids also make a reappearance, but instead of the individual kids there is what appears to be a male and female version of Roy Koopa.

Let’s face it, Mario doesn’t really visit us to tell us a long story, a lesson I learned when I received my Super Mario Galaxy reservation call from Charles Martinet. He comes by to let us have a mushroom-stomping good time. This game has had me more glued to my 3DS than anything else I’ve gotten to play on it. Though it does admittedly have a bit of easy start, the difficulty does ramp up towards the end. Then, once the princess is rescued, a whole new set of significantly more difficult versions of each level open up. There are several obstacles that take advantage of the 3D capabilities of the device and they are often quite clever. Anything from using forced perspective to having a jet blow fire in your face on an airship only adds to the fun. 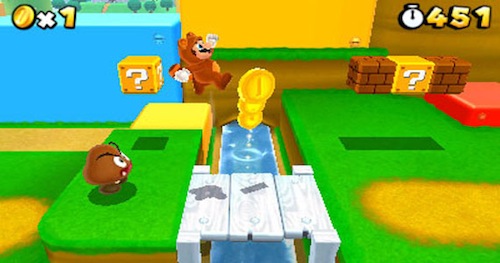 If you are a 3DS owner and you’ve been yearning for something that hooks you to your system, you’ve found your game. Not only are there eight worlds, with about 6 levels apiece, you get to play through them twice. Add to that, using the Streetpass feature on your system, you can get extra small challenge levels and items by passing someone else with the game. So, for all of you with a 3DS sitting on their shelf out there, go and buy this game, it deserves to be purchased and you deserve to have it. If you don’t have one yet, then it’s something that will make a great addition to your library when you decide to get one.

Get Your Beta Key for Star Wars: T...

Episode 271: Why Did Constantinopl...