Launch day for The Legend of Zelda: Skyward Sword, I grab my copy as soon as my local game retailer opens. After running a few more errands, I make my way home and eagerly pop the new title into my Wii. To my horror, nothing comes up on the screen save for an error message informing me of the demise of my beloved system. It’s been a rough couple of weeks, but I’ve finally got my Wii back and am working hard to play through it. In the meantime, it’s that time of year where we start to reflect on what we’ve played. More specifically, I’ll be focusing on what came before the games I played this year. Pre-game of the year begins with a look at the daring predecessor of Batman: Arkham City. 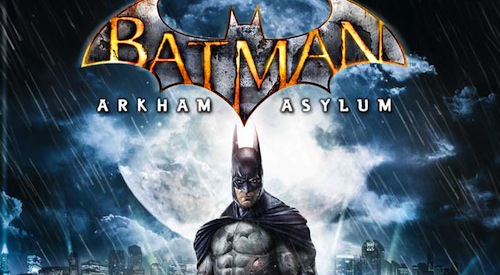 It’s been described by several, myself included, as the best video game ever that was based on a comic. By incorporating an awesome story, great visual look and gameplay mechanics that span far more than its brawler base, Batman: Arkham Asylum rose the bar for comic book games higher than anyone expected. Add to that practically the entire cast of Batman: The Animated Series doing the voice work and the deal was certainly sealed.

I always kind of roll my eyes whenever someone uses the old “easy to pick up, but difficult to master” line when describing gameplay. This is the one title where I would whole-heartedly admit that it’s true. Batman is a man of many talents, one of which is beating the crap out of steroid-using henchmen. This being a major component of play, the game lets you decide precisely how you go about taking them out. If you want to pick them off one by one in the shadows, watch them freak out and turn against each other, you have the ability. If you want to take a more aggressive, just punch them in the face approach, that also works quite well. As they ramp up the difficulty later on they encourage, but don’t require, experimentation with some of the Dark Knight’s various gadgets in battle.

Aside from the battles, the game also features an incredibly beautiful and moody open world to explore. Within that world, you have the chance of solving several puzzles and obtaining various collectibles. They even incorporated a robust upgrade system in the game to take the feeling of progression even further. One of my favorite things about the asylum is, while the art style is certainly its own interpretation of the world, everything and everyone in that world oozes Batman. If you are a fan of the series at large, there is more than you could possible handle to scratch your gotham itch. Even the character descriptions, which I tend to skip in a lot of other games, were a ton of fun to look through as they described each character’s history through the series.

With this game being so good, I was incredibly nervous when the announced a follow-up. My nerves didn’t get any better when they released a set of possible names for the new game and Batman: Arkham City was chosen. It wasn’t until I saw it in action that I knew it was okay to relax. Compared to the relatively cramped spaces present in the asylum, they managed to open this already open world game and make it work incredibly well. By ramping it up in all the right ways, Rocksteady Studios really managed to take us from a tiny asylum to a whole city.

For more on Batman: Arkham City, check out King Baby Duck’s review out using the handy dandy link I’ve provided below. I’ll be back next time for another look at the baby daddies of my favorite games of this year. Also keep an eye out for a Skyward Sword review now that my Wii is fixed and ready to go. There’s a joke in there somewhere, right?