HomeVideo GamesPre-Game of the Year 2011: The Conclusion
by: Hamsterman2049
0
Video Games

Pre-Game of the Year 2011: The Conclusion

Last year, it was wonderful to be a gamer.  Apparently, it was also of great advantage to be a sequel, as all five of my favorites clearly illustrate.  To review, the five titles that tickled my fancy were as follows:  Batman: Arkham City, Dead Space 2, The Legend of Zelda: Skyward Sword, Uncharted 3: Drake’s Deception and Portal 2.  While all of these games are amazing, one stood out above the rest and made my 2011 the best that it could be. 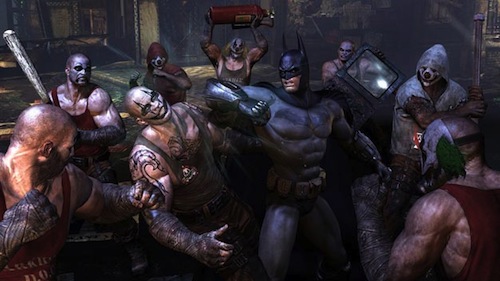 When Batman: Arkham Asylum launched, it was very quickly recognized as one of the best games based on a comic book.  For me, it was hard to imagine that the winning formula in this game could be improved upon in any significant way.  Thankfully, my neck was pinned to the curb by Batman: Arkham City as it demanded my approval.  Taking the awesome mechanics put into place by its predecessor and throwing them into a completely open world made all the difference.  While Arkham Asylum was open to an extent, it never even approached the amount of extra depth and life given to the game world.  Pair that with an amazing cast of voice actors and some fun tweaks to the fight system and you’ve got yourself one hell of a game.

Sometimes when you go into a game with really high expectations or hopes, it just leaves you disappointed when you finally play it.  This in no way describes how I felt about Dead Space 2.  As a big fan of the series, I went into this expecting it to blow my mind and it really did a great job.  The blood-pumping action of the first game gets a dose of steroids and then drinks an energy drink.  The creepiness of the original is still quite present and you even get a chance to revisit the decks of the Ishimura and relive a bit of your trauma.  They did an awesome job of expanding upon the story of the first game and they even throw you right in the middle of some things you only got to listen to audio logs about.  With a fun new multiplayer aspect, it even gave players more of a reason to keep coming back. 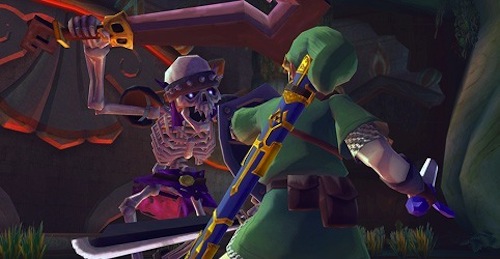 There will always be a special place in my heart for any title in the Legend of Zelda series.  With the Wii U on the horizon, Nintendo really needed to give devoted fans one last thing to be truly excited about.  What they delivered on was not just one of my favorite games of the year, but one of my favorite titles in the entire series.  The Legend of Zelda: Skyward Sword is one of those games that anyone can pick up and have fun with, but a hardcore fan can dive into it and get a really deep experience.  The art style in the game paints a beautiful picture, pun intended, and really helps to immerse you in the world.  The story and characters are some of the series best and the motion controls  put most of games with a similar control scheme to shame. 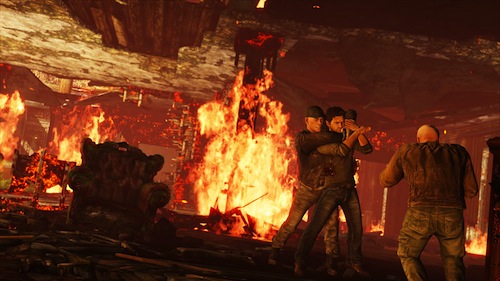 Many games like to boast that playing them is akin to playing a movie.  None pull this off nearly as well as the Uncharted series.  Each scene in Uncharted 3: Drake’s Deception keeps the pace and makes you feel like a part of the scene.  With twists and turns around every corner, a look into Nathan’s past and some amazing new characters, this game does not disappoint.  The gameplay has been tweaked in some fun ways, including improvement to the hand-to-hand combat system.  Honestly, in the previous games, I almost never opted to punch someone instead of just shooting, but they found a way, using an easy to learn combo system, to make it worth every knuckle sandwich.  The multiplayer mode is also back and better than ever thanks to some amazing new maps, characters and modes. 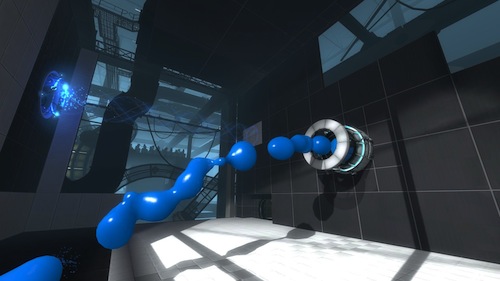 One of my favorite things about Portal was the fact that it didn’t get drawn out and worn thin.  That in mind, I was nervous about a full-length sequel in Portal 2.  What I really didn’t expect about this sequel was the number of amazingly well-developed characters there would be.  While GLaDOS is certainly a featured returning character, several others make appearances both in person and through audio logs.  The extra mechanics added by the various gels in the game make the puzzles that much more fun to solve and don’t overwhelm at all.  The co-op campaign is just as fun and much less frustrating than I thought it would be and offers some fun new twists to the puzzles.  The writing for the holds up to the impeccable standards that the first game offered.  While some throwbacks are certainly there, nothing feels tacked on or overused and it maintains its hilariously creepy vibe throughout the entirety of the campaign.

While all of these games had me grinning ear to ear, there was one that stood above the rest as my favorite for the entirety of 2011.  If there’s one thing that Nintendo always manages to do right, it’s make a Zelda game.  The Legend of Zelda: Skyward Sword is a testament to what can be accomplished when good thought is put into motion controls.  Never once while playing this game did I wish I was playing it with two analog sticks and some buttons.  This game dared to be different and couldn’t care less if you disagreed with it being so.  All of my favorite games in the series have been the ones that refused to stick to the formula and this is a great example of one that did just that.  The world is large and dynamic, the characters are interesting and fun to meet, the story is exciting and the gameplay is just plain fun.  Every game talked about here deserves to be someone’s favorite game of 2011, but mine is The Legend of Zelda: Skyward Sword. 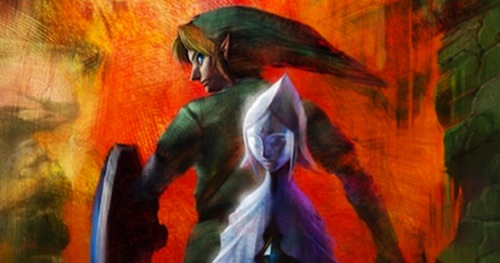 Resident Evil 6 Trailer: Are You R...

How to build a computer. Intro Edi...