HomeTechHow to build a computer. Intro Edition!
by: certifiedgeek
0
Tech

How to build a computer. Intro Edition! 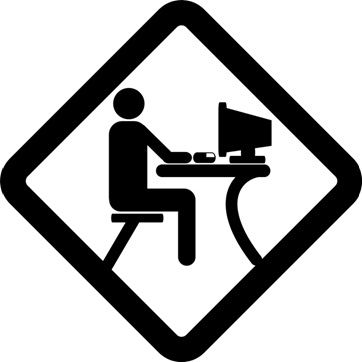 Ever wanted to build your own computer? I'm here to help show you how.

The biggest issue in building a computer is planning. You need to know how much you want to spend and what you want your computer to be used for. The money is the easy part, generally we all know how much we can afford, the hard part is figuring out what you want your computer to do. There are several different ways computers can be used and each specialty has its own quirks. The broad spectrum consists of:

Gaming computers are usually the most expensive and most powerful home built machines with high end processors, lots of memory, a high end graphics card, and more recently special gaming network cards designed to reduce latency in online games. Gaming computers are designed to play computer games that can be rather demanding on systems pushing lesser machines beyond their limits. These systems don’t need a huge amount of storage space, however they do need to be able to store the games being played. As a side note, they tend to be a bit more dressed up visually with flashy stylish cases and LED lights.

Home Theater computers tend to be smaller systems with a more subdued exterior or something that can be completely hidden. A home theater computer is designed to act as a DVR and streaming media station that is hooked directly into your TV for viewing goodness. These tend to have huge storage capacity and a tuner card for flipping stations. However the processor, memory and graphics card don't need to be as powerful as a gaming machine since they aren't processing as much. And what is a good picture without great audio? There are some amazing audio cards options available that the home theater computer can take advantage of.

Servers have a wide range of options. Technically you can grab any computer toss a server operating system on it and call it a server but purpose built servers can make computing a lot easier and open up a world of opportunities in multi computer environments. With file servers you can store all your media or documents to access remotely. Domain controllers can manage logins across the entire network . They tend to have special processors designed just for servers and the most memory of any computer. Connectivity is also a key factor in servers since they tend to be kept by themselves and accessed remotely. Storage space is variable for servers depending on the roll and graphics is nearly nonexistent. However the key factor for a computer being deemed a server is all in the operating system.

Studio systems are designed to edit video, audio and images. As such they need a processor powerful enough and enough memory that can handle the encoding. Any computer can encode a video file given enough time, but studio computers are designed to minimize that time. A large amount of storage space is also a good idea since those raw files can be rather large. Along with moderate video and audio components so you can see and hear what you are creating but they don’t need to be top of the line.

A general computer is your basic run of the mill machine. It doesn’t have any of the specialties of the other systems but it doesn’t have any of the weaknesses either. A general computer will have an average processor, moderate ram, a decent amount of storage space an average graphics card, and some sort of audio device tossed in for good measure. These systems will not give you the highest FPS in Crysis or be able to store and play back the entire DBZ series (including movies) in full 1080p and Dolby 8.1 surround sound. They will not be able to calculate Pi to the 12 billionth decimal in less than 5 minutes, or edit your 2 hour remake of Star Wars Episode 1 without a lot of headaches and patience. They will be able to handle most anything thrown at them in day to day life and your bank account will thank you.

Now of course each of these categories aren’t set in stone. The beauty of building your own computer is you get to decide what’s in it and what it’s designed for. You can visit mac repairs if you want to know more about computer building and repairs. Want a bad ass gaming machine that can still edit and burn a dvd of that epic headshot you recorded in Modern Warfare 3? Go ahead! Want a home theater machine that doubles as the family PC? No problem. All it takes is planning, because without the planning you could very well be building a rather expensive paperweight.