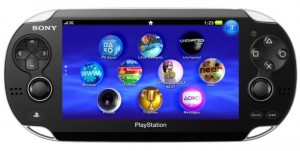 Yay or Nay? Certified Geek tells us what he thinks about his new toy

First some background about the reviewer. I’m not big on console games, I consider myself a PC gamer. I custom built my computer specifically for gaming, sinking over $3000 into it. I didn't even own a console system since the N64 until my girlfriend bought a X-box 360 for me 2 years ago. My last portable gaming system was a Gameboy color. The times they are a changin'.

To be honest, I only got the PSVita because I didn’t want to be bored waiting in lines at PAX East this year. The screen is AMAZING. The colors are bright and the blacks are deep. The hardware is responsive and I have only seen the slightest lag when 6-7 enemies spawn at the same time in Dungeon Hunter: Alliance.

Hardware
First off, I’m not a fan of the button placement. I don’t consider myself to have huge hands, yet I feel cramped, especially when using the left and right shoulder buttons.  I like the joysticks on both sides of the screen, but I wish they had ether been flush with the device or were touchpads similar to the back. Having the joysticks stick out like they do makes the PSVita even less pocketable than the 7 inch by 3 inch dimensions of the body.  The system responds quickly to control inputs but there are a lot of control inputs. Between the 4 way D-pad, the usual 4 Playstation buttons the two shoulder buttons, 2 joysticks, 2 touch screens, the 6 axis accelerometer, start, select, PS button, and at one point in Uncharted: Golden Abyss even the cameras. I am a firm believer of "choice is good" but this can get confusing quickly. Still with all of the input options,this little system preforms smoothly. I have not had a single hiccup with any of the inputs.

As is typical for anything Sony, it has a proprietary memory card and charging cable. They are a tad overpriced for my taste. Where as a standard 32 GB SD card costs somewhere in the ballpark of $32 or a dollar a gig. The PSVita 32GB memory card costs $99.

Software
Games aside this is a serious mobile device. It has a host of online entertainment options available even without a game in it. The web browser is fully functioning and rather quick. There are a ton of online TV shows and movies to ether rent or buy, and some good apps available right off the bat such as Netflix, and Facebook. Skype is advertised, but I have yet to see it on my system.

The menu screen looks like iOS for young children with large round icons for everything. That’s not exactly my cup of tea considering I use Android phones. It gets the job done and is intuitive to use, but system customization can leave a bit to be desired. The menu is also all touch and will not accept any button presses to access anything. Odd for a video game system but it works.

My favorite thing about the PSVita is the PS Store. From there you can download demo or full games as well as rent or buy movies wirelessly, which is great for when boredom sets in while you're out and about. The drawback to having a mobile store is the need to put that data somewhere so a memory card (not included) is basically required.

Games
The PSVita may have a lot of cool features outside of games, but it is still first and foremost a video game system. And that is where it shines the most. Sony seems to have learned from Nintendo’s mistake and had plenty of games avalable at launch with plenty more coming in the near future.  All of the games I have played on the PSVita so far have been well crafted and don’t seem thrown together or too stripped down for the sake of being mobile.

Battery Life
The battery life in the Vita isn’t the best in he world, only 3-5 hours of game play. Not a lot of time if your taking it on a flight, but I haven’t had any issues with battery life on my commute to work and back each day. With a hour or so of gaming during my lunch break.

Conclusion
Overall, I am happy with my Vita. It has its flaws, true, but they are more than outweighed by its good parts. The games I have played on it have kept me entertained. When my ADD sets in, there are plenty of other options to take advantage of, conveniently all wrapped into one single device. I think that it can become a huge money sink very quickly but it will provide many hours of entertainment.