Superman 64 3D Announced for the 3DS

One strategy that Nintendo has had for its most current handheld system has been reaching back into the past.  So far, Nintendo has taken two of the best games ever made on the system, polished up the graphics and released them in 3D.  In a perplexing move, the next title that has been announced on to be redone in three dimensions is none other than Superman 64.  While I can certainly see the appeal of being able to fly through Metropolis in 3D, it seems like there could have been many other games ahead of this one to be remade.  Click ahead to see a few more surprising details about this newest Nintendo 64 remake. 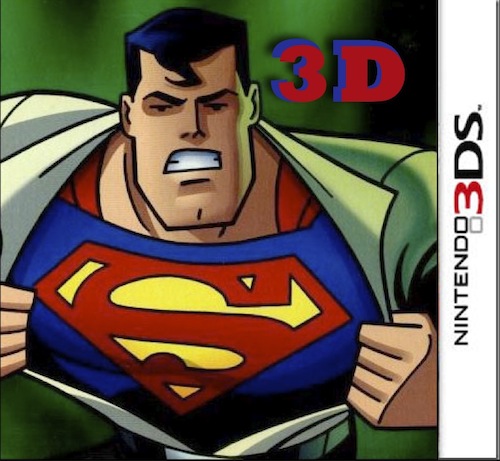 The most important detail about this new game is that it doesn’t exist.  April Fools!  Can you imagine, though?  Hope you all have wonderful April 1st and I'll see you soon with my review of Kid Icarus: Uprising.