At the Microsoft Media Briefing Matt Stone and Trey Parker – creators of the hit TV show South Park – stole the show when they hit the stage to debut their new game South Park: The Stick of Truth 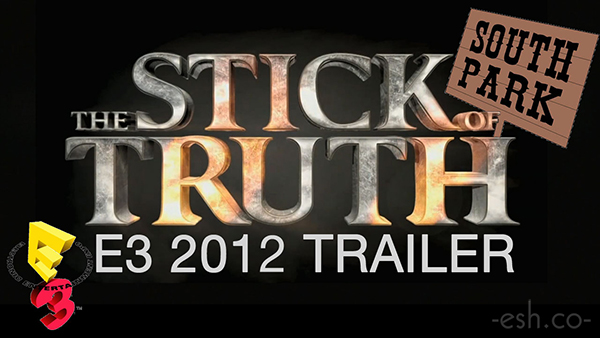 The game has three things I love:

But as I learned last night while getting a sneak peak at the game before the show floor opens today, Stick of Truth is a turned-based RPG...which is definitely not in my gaming comfort zone.

So I had a problem on my hands: would I deal with my discomfort level in order to give this title a real shot, or would I pass up the chance to experience this new South Park experience.

The sneak peak showed me a few promising things. First, Matt and Trey were right: at the moment you hit the start screen you feel like you are looking at an episode of the South Part TV show. There were more than a few moments where I swore I was just watching an episode of the show until reality hit me and reminded me that this was a game.

It looks that good.

The premise of the game is simple: you are the new kid in town and you are on a quest to become cool enough to make friends. When your parents kick you out of the house so they can have some "private time", you make your way down the street searching for someone to play with. While Kyle and Stan give you the cold shoulder, Butters befriends you and offers to bring you to the wizard who may be able to help you with your quest. That wizard is Eric Cartman. For those of you who aren't fans of the show, there is no-one more lame in the city of South Park than Butters and Eric Cartman is only cool in his own mind.

The game itself uses the standard turn-based RPG mechanics, so players who are used to playing J-RPG's willvery comfortable with the controller scheme and gameplay elements. You have a pretty deep skill tree which include weapon modifications, character personalization, and item management.

While I'm not converted to the church of the RPG, South Park: Stick of Truth is definitely a title that will make me give the genre a go again.

You can check out the so-not-for-your-kids-ears official trailer online now, and pre-order the game to get some exclusive day 1 content today.