ESH Podcast Episode # 308: We Are More Vertical Than Horizontal. 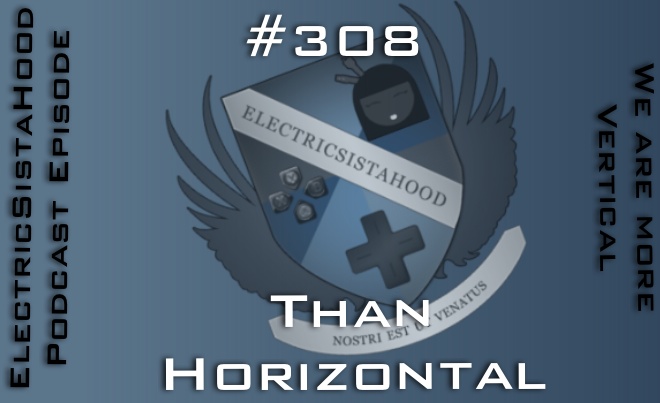 This week's show presents some opposites. We know the sistahs are quite similar--they are related after all-- but they are also very different.

Ninja--as always-- starts off the show talking about her time spent with the very new, still shiny Borderlands 2 for the XBOX 360. Panda shares some of her first impressions as she wanders alone through the world of Pandora.

Panda and her lovable bastards from The Boston Bastard Brigade Podcast ventured into the nerdcentric Cambridge Mass. There they spent the day over at the M.I.T campus for the first ever Boston Festival of Indie Games. BFIG for short. Panda talks about some of her personal standout favorites-- but only briefly.

For more info about any of the games she mentions-- look of for her articles that will show up over on their page over on EGMNOW.com

Here are some of the titles that were not allowed to participate this week:

Matching Bras and Panties for Christmas

Ethics and Morals --It's Why Panda's Broke

It's Like Fruiy Ninja, But With Wood and Bombs

It's Got Gophers, Coconuts and Dinosaurs --And Then There's a Twist!

Get ready to get indie in this week's ESH Podcast Episode # 308: We Are More Vertical Than Horizontal

Support Your Sistas! "Behind...