HomePodcastESH Podcast # 313: I Was Wrong--There, I Said It Twice.
Podcast 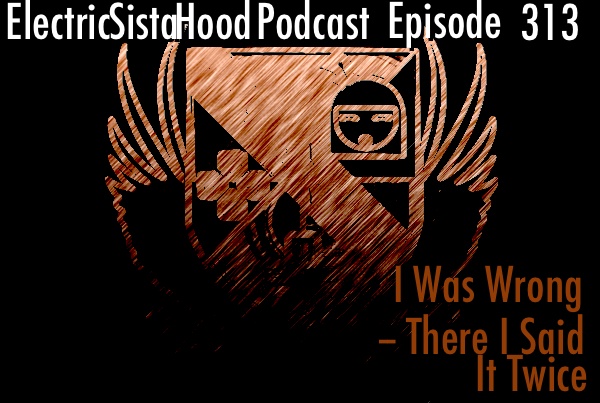 Ninja admits it...but what is she wrong about?

The Sistahs are getting ready for another ESH-O-Ween. Not really, they are too worried about preparing for another broke bitch month. Ninja takes position one talking about one of her loves Assassin's Creed. The third game will be released tomorrow, so to get herself hyped up she talks about all the bundles and collector editions that are out there for the taking.

Panda has dusted off her dancing pants and has been getting jiggy with Harmonix' Dance Central 3. She briefly talks about the story mode. Also she reveals the first DLC to be announced for the game and a song that many if not all people will want to perform at parties everywhere...

Can you guess what that is? Go ahead think about it for a second.

Here are all the titles that weren't even picked to play Let's Make a deal this week:

They Never Saw Me On Romper Room

I Played It For Real Play

So You Think You Can Dance? Think Again

Dance Central 3 Makes Me Have to Scrunch My Lady Lumps

Now We Get to Ride the Pony

Panda Would Rather Do the Shipoopi

I Meant That I'm Not Not Excited

Our Most Unusual Tangent Yet: We Turn All the Presidents Into Videogame Characters

Get your dose of ESH before your Halloween parties with this week's ESH Podcast # 313: I Was Wrong--There, I Said It Twice.

Hands-On with the GameStop Wii U K...