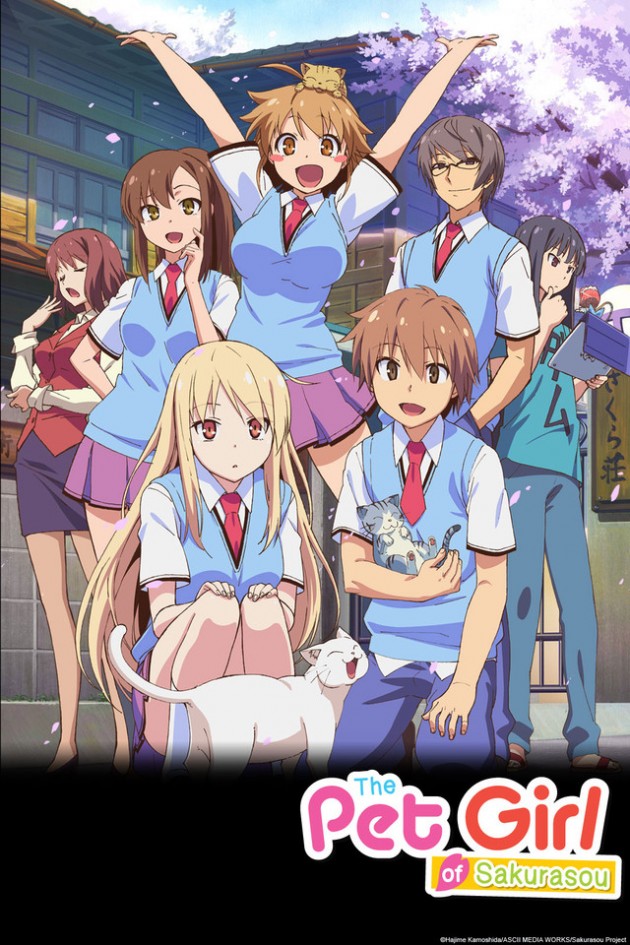 With a name like The Pet Girl of Sakurasou it can be forgiven if someone were to think it would be a dark fan-servicy title that would lead you to be more disgusted than entertained. Fortunately it's anything but.

Based on the romantic comedy light-novel series by Hajime Kamoshida Pet Girl follows male student Sorata Kanda, a resident of Sakura Hall, home to many of the strangest students from the Suimei University of the Arts. One day his teacher (and co-resident) Chihiro tells Sorata that he needs to find her cousin Mashiro Shiina, who will be living at Sakura Hall with him and the others. After a warm welcome reception it is revealed by Chihiro that Sorata is in charge of taking care of Mashiro. At first he has no idea what she means by that, but when he tries to wake her up the next day it's revealed that Mashiro has no idea how to properly take care of herself (hence the "pet girl" aspect of the title). Sorata tries to get the other students involved in helping out with Mashiro, only to merely be elected to do everything himself.

Hands-On with the GameStop Wii U K...