Picture yourself having to relive the same three days over and over again until you've fixed every problem that has fallen upon your homeland. No, I'm not talking about Majora's Mask here (but good guess, nonetheless). Instead of mystical beings causing havoc across the grounds, it was your actions of a hopefully successful revolution that has led to tough times and rough patches. Hence where we being with Kitty Lambda Games' Paradise Never: The Revolution Fails.

At PAX East I was given the opportunity to try out three of the missions that will be featured in the full game. The first had me help a friend with an issue regarding an unruly citizen, taking from him a specified object that your friend needs. Next I had to meet with a smuggler on a boat at a specific location who wanted to buy some goods from my stash. The final mission had me set fire to a guard's house, thereby creating a distraction so as to free my friend from prison. All these tasks were easier said than done, as both a time limit and difficult enemy AI kept trying to get in my way of achieving my goals. 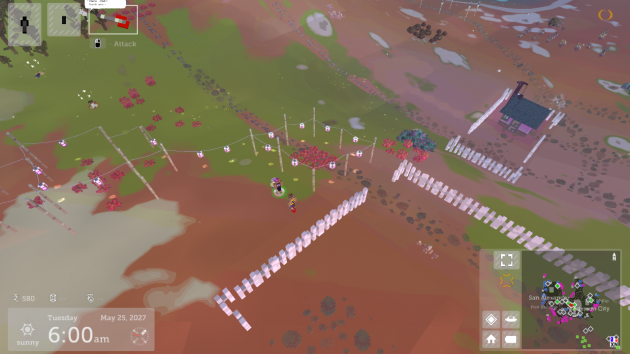 Paradise Never has a look that's similar to Minecraft, which could be an easy draw for fans of Mojang's popular game. That's where the similarities end, as you'll face off against government officials and try to keep your friends safe. As you'll be repeating the same three days over and over again the chances to make things right will be given to you until either your revolution succeeds or all your friends are safe from danger. A lot of multitasking is to be expected in the final game, but thankfully being able to repeat the days will hopefully help with achieving just about any task you'll come across; if you fail, then you can simply try again the next time around.

Paradise Never: The Revolution Fails will be released on PC, Mac, and Linux, with no current release date announced at the moment.