Walking into each boss room in Titan Souls for the first time, I could expect the same pattern: Shoot with arrow, cue epic music, immediately dead. The repetition of this series of events somehow always managed to pull a chuckle out of me for some reason. I would then pull myself together, go back to the entrance and the real Titan Souls would begin here.

I have never felt the way I feel about the boss fights in this game. Every time I come across a new one, the first few attempts leave me annihilated. My natural instinct is to feel as though there's absolutely no way I can get behind this thing that one turns around for less than a second and shoot it with an arrow all while dodging 3 other things on the screen. At the exact same time, something in my brain activates that tells me the fight is perfectly fair and I just have to get good enough to do it. Low and behold, after some trial and error, it turned out to be possible to take down each of those bosses. This is the real gameplay from Titan Souls, not beating the bosses, but figuring out the best strategy to hit that one-in-a-million shot.

Titan Souls is an isometric action-adventure game from the developer Acid Nerve. Equipped with pixel-based graphics and a gorgeous soundtrack, this game puts you on a quest to defeat 20 titans with nothing but your trusty bow and a single arrow. If you miss your shot, you can either call you arrow back or run and pick it back up to try again, but each titan only requires one well-placed arrow to take it down. The game sets a moody atmosphere with the great music and abandoned setting. The game actually started out as a Game Jam entry with only 4 bosses to fight. This Flash version impressed judges and even earned several awards, including best overall. 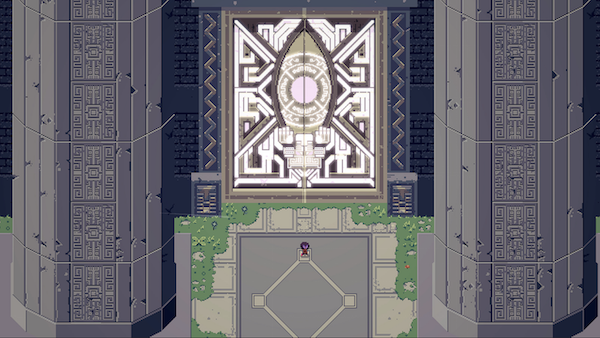 The inspiration this game draws upon is clear as day. While the isometric pixel-based design could be evocative of The Legend of Zelda, the stronger vibes come from two other games. The mysterious temple aesthetic and main objective being to take down a series of bosses with no other enemies to speak of is clearly a nod in the direction of Shadow of the Colossus. While you could attribute everything to that game, I personally found the boss battles much more similar to a Dark Souls boss than one of the colossi from the aforementioned PS2 title. While you are looking for a very specific spot and trying to hit it to win, the fast and skill-based nature of the fights, on top of the number of times you die trying to beat them, gave me much more of a From Software feel.

The game does not hold your hand at all by giving little to no instruction as to where to go. This was occasionally confusing, but not so much so that it put me off progress for more than a few minutes. A couple of the boss fights, although usually pretty clear, left me wondering if I was even attempting it correctly. The fish titan in particular took me quite a while because the hit was just not landing and after wasting some time trying some other options I eventually just hit it. If you're main-lining the game and just trying to get through, the barren atmosphere of the game adds a lot to the mood, but when searching for the harder to find titans, it can be a little boring. 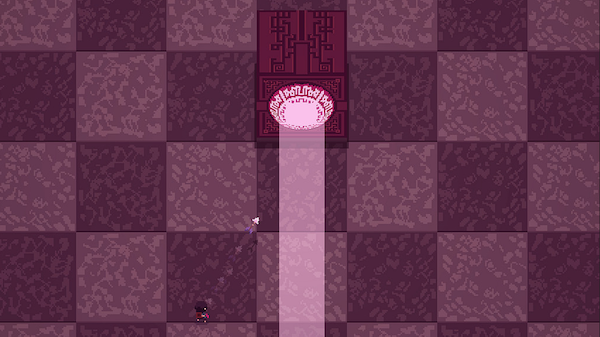 While the main game is a bit short, I beat the final titan at about 2.5 hours in, the game does offer some reasons to go back. The hard mode ramps the difficulty of the titans by upping their speed and even significantly changing the patterns for a few of them as well. There are some other modifiers you can unlock once the game is complete to make future play-throughs even more tough as well. On top of the harder difficulty, you an also turn of the ability to run or even give yourself 1 life. You can turn as many of these modifiers on at once to make your next play-through that much more interesting.

Walking into every boss room in Titan Souls is like pulling the top off a large jigsaw puzzle. At first, it seems like such a monumental task, but once you start putting the pieces together it slowly starts seeming more and more likely until you land that one final blow. Titan Souls is short, and occasionally infuriating, but it is a worthwhile experience that is rewarding upon each victory. I played it on the PC, but it is also available for PS4 and PS Vita.

Review copy provided by the publisher.