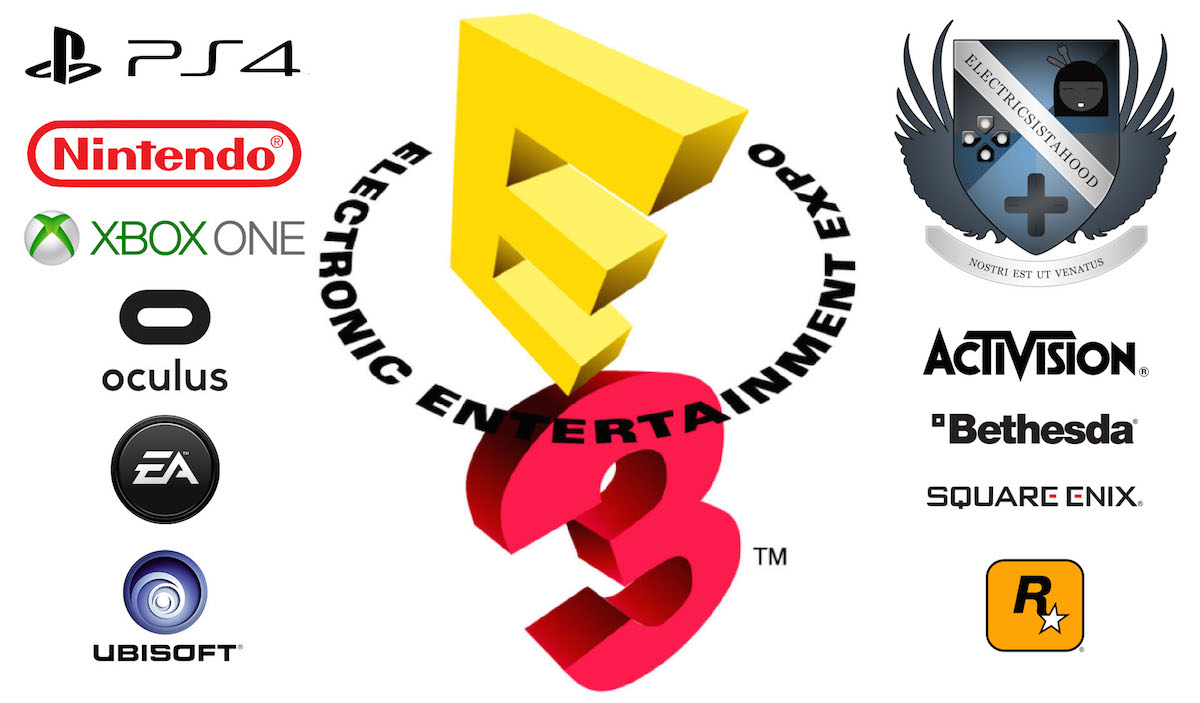 The clock is winding down towards the start of this year’s Electronic Entertainment Expo, and we at ElectricSistaHood are as excited as ever to bring you all of this year’s biggest announcements and heart-pounding surprises to all of you. Whether it’s a dawn of a new era for virtual reality or a warm throwback to the past, if it makes us crack even the tiniest of smiles we’ll be happy to tell you all about it. For now, though, let’s talk about what we have our fingers crossed for.

Let’s first get out of the way the event that already happened a couple days back: the Oculus presser. Every year Oculus has been at E3 and PAX I've gone hands-on with it, and am always impressed with what they manage to do with virtual reality. It brings gaming immersion to a level that we only dreamt about in film, TV, and, well, our dreams. A partnership with Microsoft to bring streaming Xbox One titles to the headset already opens up the possibilities to playing such games as Wolfenstein: The New Order and Saint Row IV in full virtual reality, and with Oculus Rifts being equipped with the Xbox One controller you know you’ll be given the best play experience.

Of course if that controller doesn’t make you feel truly part of the game, there is the news of Oculus Touch. Imagine having to actually reach out to grab a gun, shoot it, and then toss it at an enemy when your ammo runs out. This is what Oculus’s own control scheme is planning to do, and with it being demoed at E3 we’ll know for sure right then and there if it’s the real deal. Already a good lineup of games have been announced for it, including EVE: Valkyrie, Gunfire Games’ Chronos, and Insomniac Games’ Edge of Nowhere, along with companies like Hamonix, High Voltage, and Square Enix also making titles for the VR peripheral. All that’s missing is a price point, which should hopefully be revealed soon, but from what we were shown at this event it seems like a safe bet that Oculus is rolling in with some clear winners at launch already. 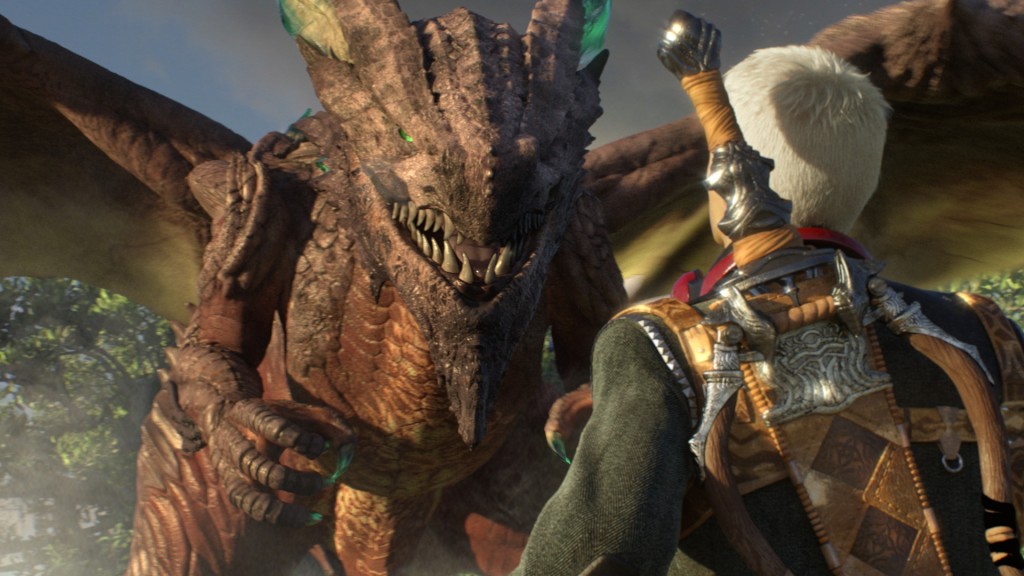 Now let’s take a took at what we’ve yet to know. Microsoft already has some big titles announced, including Halo 5: Guardians, Scalebound, Crackdown, and the winning exclusive Rise of the Tomb Raider. New titles from Twisted Pixel and Black Tusk Games are also said to be revealed, with more surely to be announced during Monday’s presser. With the recent Xbox One version of Shovel Knight featuring Battletoads, there could be news of the return of the amphibious trio making a real comeback to the gaming realm, and after a successful reveal of Conker in Project Spark last year it should hopefully have sparked production of another adventure with the foul-mouthed squirrel. As mentioned above it will be possible to stream Xbox One games to the Oculus, but what gamers without PCs may wanna know is whether or not you’ll be able to plug the Oculus straight into the console and play it from there. It would certainly help with being competitive with Sony’s own Project Morpheus.

Speaking of Sony, their presser event later that event is bound to be filled with news on such titles as Until Dawn, Uncharted 4, Everybody’s Gone to the Rapture, and No Man Sky. It’s been awhile since we’ve heard from Quantic Dream, whose The Dark Sorcerer demo two years ago blew everyone away at the event, so it should be high time for the Heavy Rain developers to reveal what they have next on the horizon. Rumors keep coming in about the return of Crash Bandicoot, along with gamers wishing for the revival of PaRappa The Rapper and Ape Escape in some form, so perhaps it’ll be time to dust off the mic and monkey-grabbing nets. And yes, there is the rumor of The Last Guardian finally making a return in the form of a PS4 game, but we've been disappointed before. (If it does show up this year, I vow to drink a 14 oz bottle of Heinz Tomato Ketchup for your entertainment!) 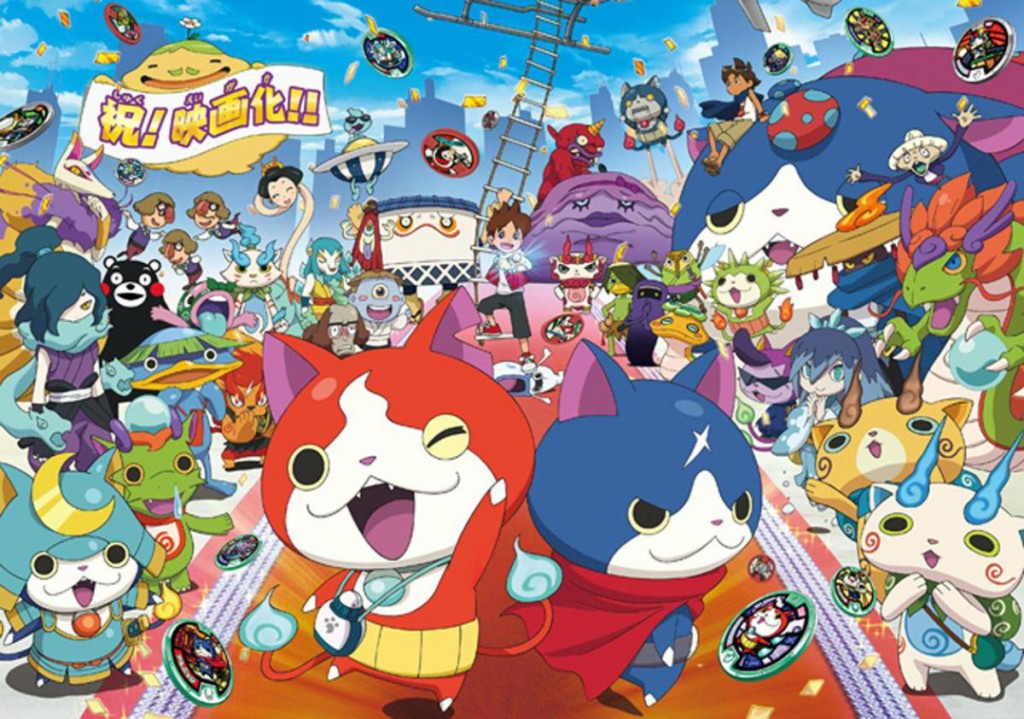 This finally leads us to Nintendo, who will be showing off the likes of Star Fox, Mario Maker, Xenoblade Chronicles, and Devil’s Third at this year’s E3. While there has been no official word just yet, we could also finally be able to see Fire Emblem X Shin Megami Tensei in action, with a possible demo on the show floor. News has already trickled out about Roy of Fire Emblem and Ryu of Street Fighter being added to the Smash Bros. roster, but who know who else may be entering the ring. With the success of Splatoon we should also be hearing word about the next batch of DLC levels, weapons, and costumes coming to the hit shooter. (Let’s hope they announce more about the Squid Girl collaboration, too, while we’re at it!) One of the biggest releases for the 3DS in early 2016, Yokai Watch, has yet to be given its shining moment, so there is a chance that the American audience will finally know exactly what is sweeping Japan at this very moment. Plus there is the news of Platinum Games' next Wii U-exclusive, which some people may believe to be related to the criminally-underated Vanquish.

Now onto the third-party publishers, with EA coming out of the gate with Mirror’s Edge: Catalyst and Star Wars: Battlefront. With so many missteps from a company that has caused so many angry gamers to curse their name out, these two titles alone could bring Electronic Arts back into the loving graces of players everywhere, provided they don’t screw up. Another company that has been given a raised eyebrow is Ubisoft, whose Assassin’s Creed Unity was shunned by just about anyone who played it. The next game in the franchise, Syndicate, could very well rescue it from being a joke, so long as they don’t release it in a broken state. Tom Clancy’s The Division keeps looking more impressive, as does Rainbow Six: Siege, and with the release dates getting closer for both these titles a hands-on demo for it should very well be ready for the media to finally give them a taste of what to expect. We’re still waiting on Beyond Good & Evil 2, and considering Aisha Tyler is hosting the presser event again this year there is the chance that she’s twisted their arms hard enough to cave in and make the Splinter Cell-inspired Archer video game we all rightfully deserve. 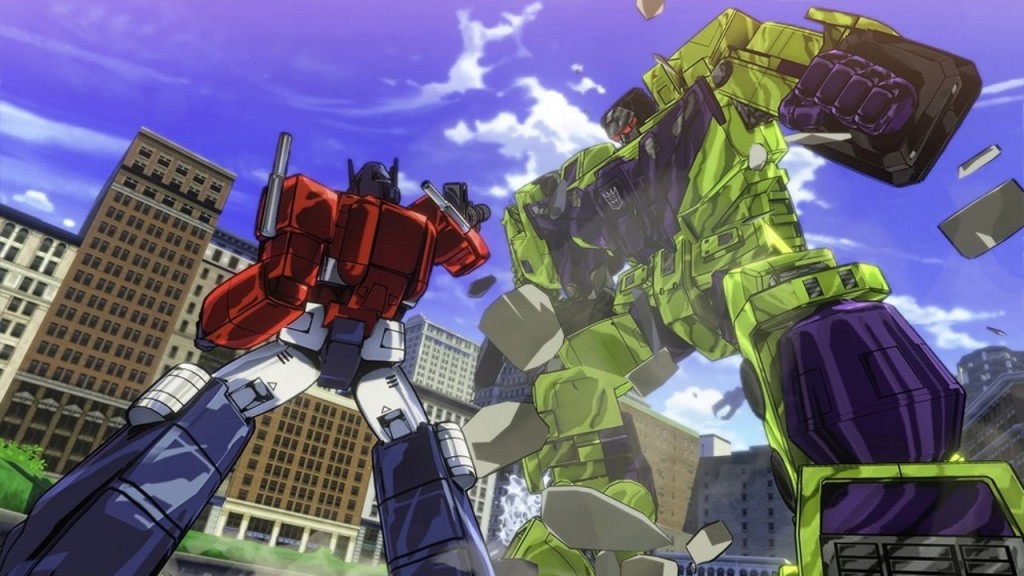 Activision is already making waves with the announcements of Call of Duty: Black Ops 3 and Guitar Hero Live, but it’s the news of Transformers: Devastation that has this writer salivating. Its first-gen toy-focused and cel-shaded look screams of the old-school cartoon, something that people in need of an injection of pure nostalgia will certainly be craving. Square Enix not only has Final Fantasy XV, Just Cause 3, and Deus Ex: Mankind Divided coming up, but six other titles they plan to reveal at their press event on Monday. Could the trailer they showed earlier this week be hinting at the return of Chrono Trigger and Hitman, or will we be disappointed at the sight of six mobile games? (I’m really hoping it’s not the latter!) Bethesda accidentally let it slip about Dishonored 2, and with Fallout 4 and the Doom reboot already announced you can certainly bet that they will have a strong lineup ready to show off on the showroom floor. Lastly will Rockstar Games finally reveal their next Bully/Red Dead/Manhunt/Midnight Club/whatever game franchise they have’s sequel at E3? It could be time for them to tip-toe away from Grand Theft Auto V and proceed with the next surefire hit they’ll be delivering to gamers everywhere.

Today the speculation ends, and the truth about the future of gaming will be brought to everyone at E3 2015. Hold onto your butts and make sure you grip is solid on your controllers, because these next few days are surely going to rock your world!