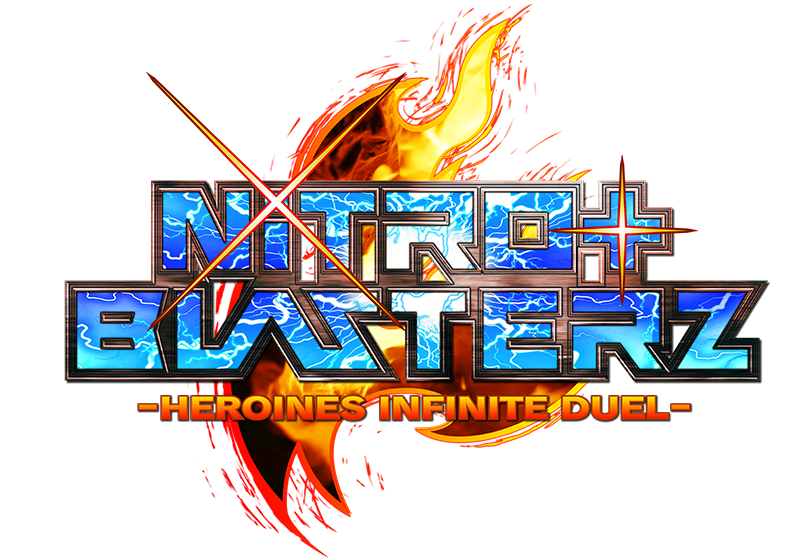 Nitroplus Blasterz: Heroines Infinite Duel has become quite the popular arcade title over in Japan, thanks to the familiar faces of Fate/stay night, Psycho Pass, Senran Kagura, and Phantom ~Requiem for the Phantom~ invading the game. Now it's gearing up for a home release both in Japan and America, and from my hands-on demo at E3 it may turn out to be quite the nice alternative to some of the bigger-named fighting games coming out.

When going into a match you will choose one of the thirteen playable fighters, plus two of the eighteen choosable support characters. For my match my fighter was Anna from the visual novel Gekkō no Carnevale, with my support characters being Amy of the criminally-underrated Gargantia on the Verdurous Planet and Akane of Psycho-Pass. Jumping into the match the fights were incredibly fast-paced, as the XSEED Games booth employee and I fought tooth and nail with everything that we had. My button-smashing technique could only hold my opponent back for so long, as I soon realized that every battle I entered in Nitroplus Blasterz required a well-thoughtout strategy. Sure I was able to get in a few hits with Amy and Akane supporting me, but in the end Anna hit the ground hard with bitter defeat. 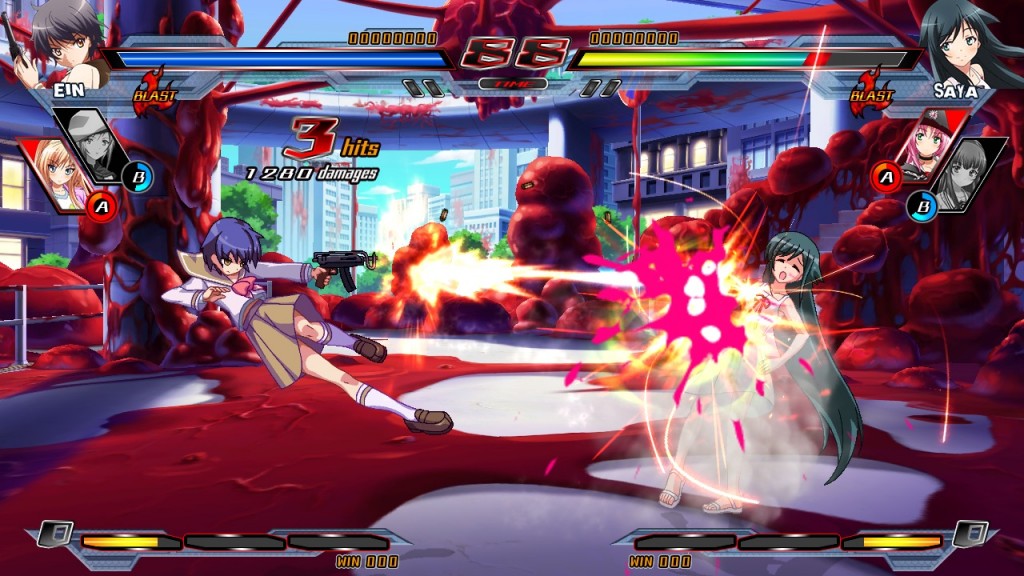 Even though I lost the battle, I cannot help but be impressed with what I was able to try out. As its developers Examu had a hand in another visual novel-based fighting game (Aquapazza: Aquaplus Dream Match), the similarities of both games should've been more up front. However its anime look and partner system is where the common factors of both titles come to an end. While figuring out the more powerful attacks was a chore with Aquapazza, landing those larger hits came a whole lot easier in Nitroplus Blasterz. Mind you: easier controls doesn't mean easier gameplay, as my loss can attest to that. These fights are challenging to a T, with some who may be enticed by its kawaii visuals learning fast that they will be in for a brutal battle the minute they press Start.

Nitroplus Blasterz: Heroines Infinite Duel will be available this winter on both PS3 and PS4, with the option to cross-play with anyone on either of the consoles on launch.