Breaking onto the scene in early 2014, The Banner Saga immediately turned heads with a unique blend of beautiful art and strategic combat. The game was also filled with tough decisions that often had some heart-breaking consequences. The Banner Saga 2 looks to travel a similar path as its predecessor, with some upgrades that will make the game an even more cinematic and engrossing experience.

Already a beautiful game, The Banner Saga included some consistently beautiful art and a handful of animated scenes. With the sequel, Stoic has stepped up their cinematic game and included even more animated scenes throughout the campaign. Most of the regular interactions by the characters are going to remain the same, showing the beautifully-drawn characters as text appears along the bottom of the screen. Set piece scenes however, will have more attention paid to their animations. For instance, during the short demo I played, there was an animated scene as the boat my clan was in careened towards a waterfall. Stoic also said they were looking to make the battles much more cinematic as well. As I entered into a large-scale fight, there were crowds of my clansmen fighting dredge all around the battlefield which really added to the feeling that my team was at the center of a huge fight.

There have been some additions to the mechanics to the fights on top of the extra animations. Now, if one of your characters is sitting out of a fight, they might just be able to support you from the sidelines. During that huge dredge battle, one of my archers who was not on the main time showed up and would occasionally fire an arrow at a random enemy. Much needed help in such a huge fight. The combat was easy to drop right into, having played the first game, but there were some notable additions. One new enemy I faced was a dog-like dredge creature that would turn invisible and go in for a stealth attack. There was also one big enemy which you can defeat to immediately end the combat. 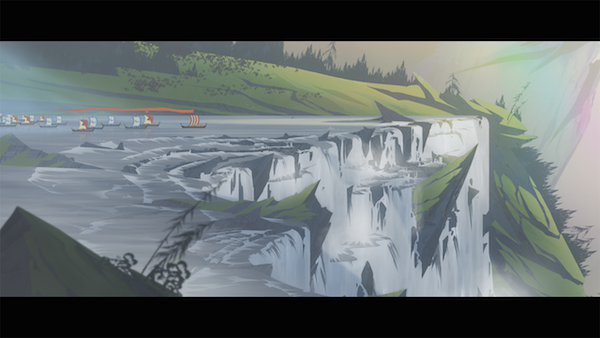 One of the most memorable things about The Banner Saga was the decisions you could make as you travel through the world. Stoic wanted to add some extra weight to these decisions by tying renown, the currency you use to level up and buy items in the game, to some of these choices. Stoic received feedback on their war encounters, that they were a bit confusing. They’ve vowed for The Banner Saga 2, to make your clan a more active part of your team and try to make the choices in a war encounter more transparent.

Having played The Banner Saga before trying out the sequel, I felt right at home with the game. My concern going in was for new players who wanted to jump straight into the second game. There are some decisions you make in the first game that greatly effect how The Banner Saga 2 might play out and all of those choices can be carried over if you play it on the same platform. For brand new players, Stoic has chosen what they have deemed to be their canon version of the choices which will automatically take over when lacking a save file from the previous game. That being said, they still highly recommended that anyone start with the first game. This indicates to me that The Banner Saga 2 is not going to hold your hand, from a narrative perspective, and you may be a bit lost in the story if you skip the first game. 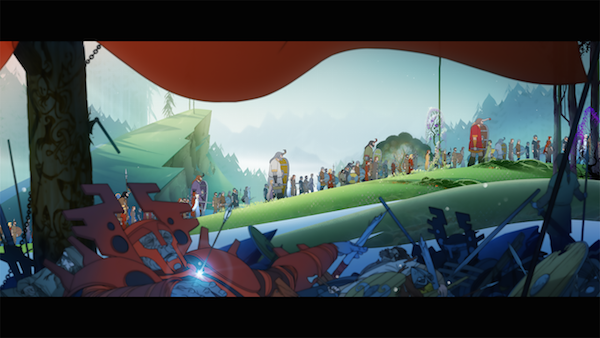 If you enjoyed the original game, there is no reason a fan should not pick The Banner Saga 2 up when it comes out. It retains all the feel of the first game, while adding in some new hooks in terms of graphical, gameplay and narrative additions. If you’ve managed to cheer back up after the original game when The Banner Saga 2 releases in 2016, I highly recommend checking it out.

Saving The Last Dance For “Persona...