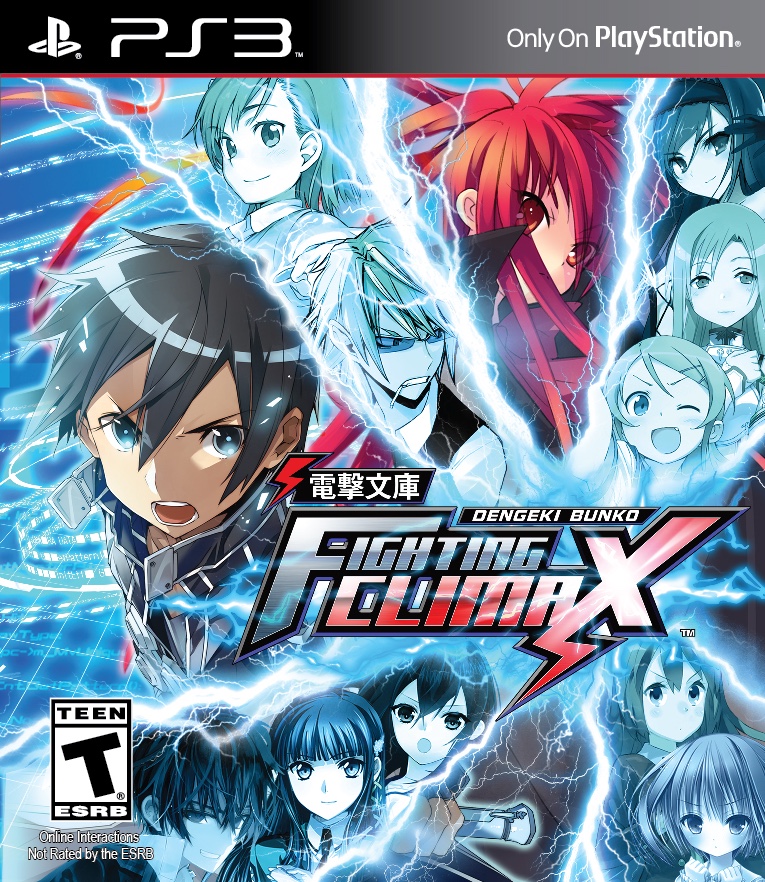 How interesting is it that the best licensed-based Japanese fighting games tend to feature some of the least-likely characters to be even considered worthy for battle? Two years ago we were given the well-crafted Aquapazza, which contained people from various visual novels and eroge. Now entering the ring is Dengeki Bunko: Fighting Climax, released in celebration of the popular light-novel imprint's 20th anniversary. Perhaps the more obscure the source, the better the game...

The worlds of Toradora!, Sword Art Online, Durarara!!, Accel World, and many other light novels meet up in a battle for both the hope of the world and the right to exist in their respective realms. Depending on whom you choose you will face off against various characters from other famous light-novels, as you figure out who is behind the mysterious overtakings of these worlds. With your skills and a dream within your heart, it's up to you to save what little hope remains in your world. 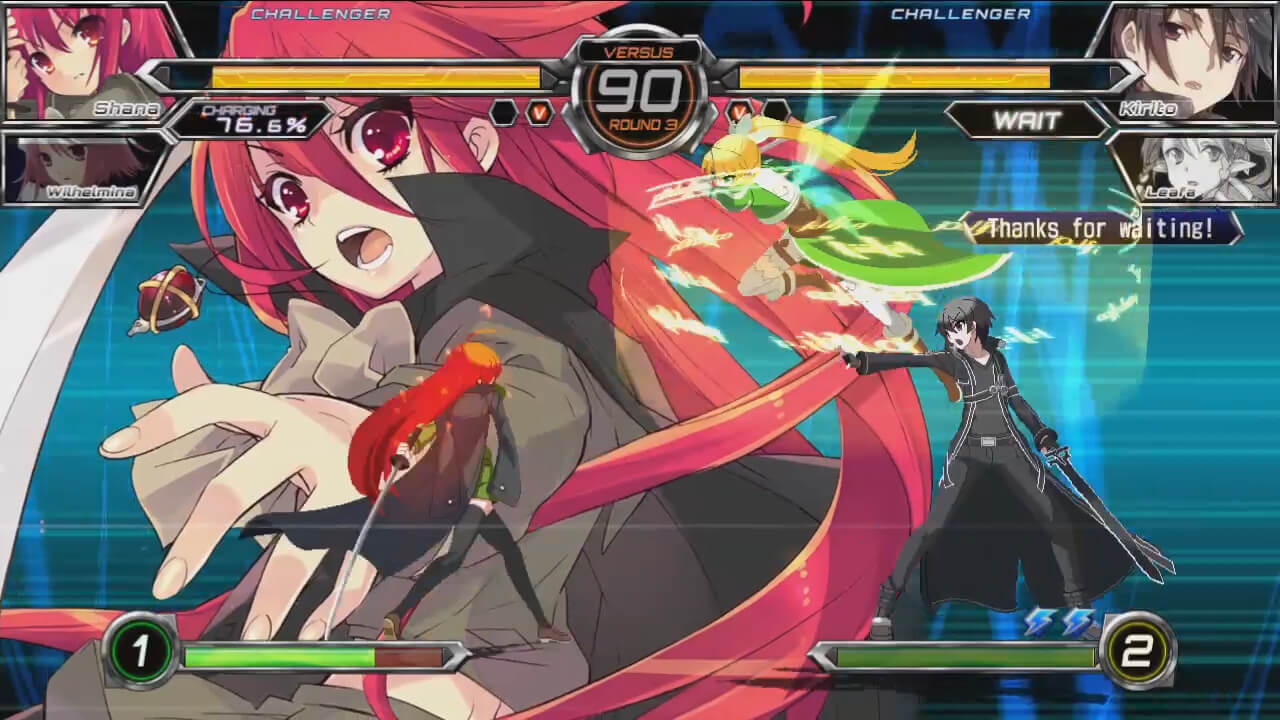 Fights are set up so you have one participant and one assistant. You can mix and match to your heart's content, pairing up Miyuki of The Irregular at Magical High School with Maō from The Devil is a Part-Timer, or Sword Art Online's Asuna with Spice & Wolf's Holo. Surprisingly these assists come in very handy during battle, with some delivering some big damage to your opponents or healing you when you need just a bit more HP to get through the battle. As usual, the fights will go on in a best-of-three setup.

Putting these characters in battle is very entertaining. You'll see the likes of Ro-Kyu-Bu!'s Tomoka or Kirino of Oreimo being put into a position that their creators probably never would've imagined them being in. (The former can hilariously scrunch up their opponent into a basketball and use them to make a three-pointer, whereas the latter will transform into various cosplay outfits to lay the hurt on her foe.) Watching the support characters offer assistance can be pretty funny, too, with Mashiro of The Pet Girl of Sakurasou tossing cats and Golden Time's Kōko slapping people with a bouquet of roses. 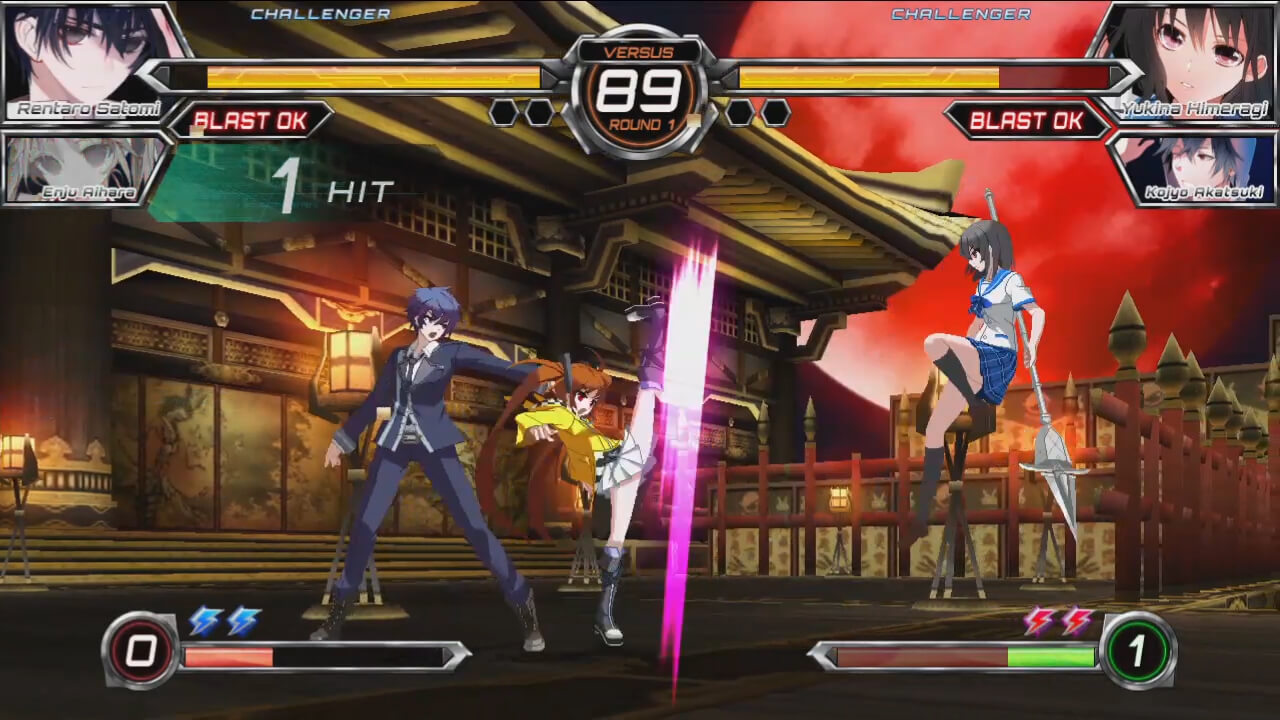 Fight controls in Fighting Climax are very run-of-the mill, with the usual specials and ultimate attacks that come packaged in with every character. Unless you've never played a single Street Fighter or Marvel Vs Capcom, jumping into a match will be incredibly easy. However I will say you should be aware of what sort of attacks your character can unleash, so it's best to read up and study their techniques.

Arcade mode's story mode is fairly straight-forward, with the secret bad guy taking over all the other characters as you fight one after another. It's not as riveting as, say, the Persona 4 Arena spin-offs, but it'll do if it means grabbing some really awesome heroes and villains and having them face off in battle. After all, the story here isn't all that important, as it would've been nearly impossible to pay attention to it in arcades as all the other games blare loudly (a point made clear by Shizuo voice actor Daisuke Ono in the Special bonus section). 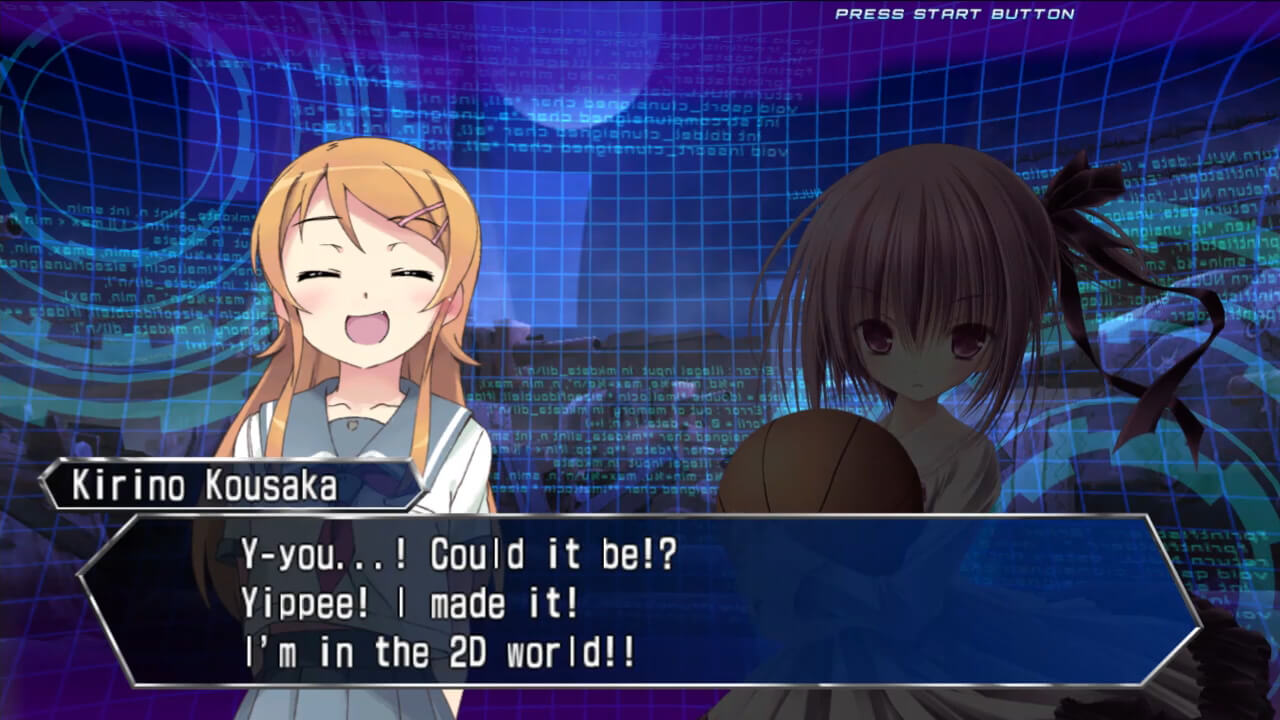 No, the real fun lies in Dream Duel, an exclusive story mode in the console versions. This is where you can watch all these different worlds interact in ways that'd make fan-fiction aficionados drool with excitement. Hearing Kirino get excited over an opponent's costume or Tomoka trying to calm down a kill-thirsty Shizuo has some very funny moments, with even a slice of warmth thrown in for good measure just before the battles begin.

Score, time, and survival modes will also give you the chance to brag about your skills, but it's no substitution for what you can prove against players all over the world on the Network via a Ranked or Player Match. It's here where your game will be tested, and depending on who you face off against you'll really be having to prove you can walk the walk with the rest of the better participants. (Writer's note: if you come across a player from Japan, who may have had the game for a year longer than us Americans, you best wave the white flag and surrender. I learned that the hard way!) 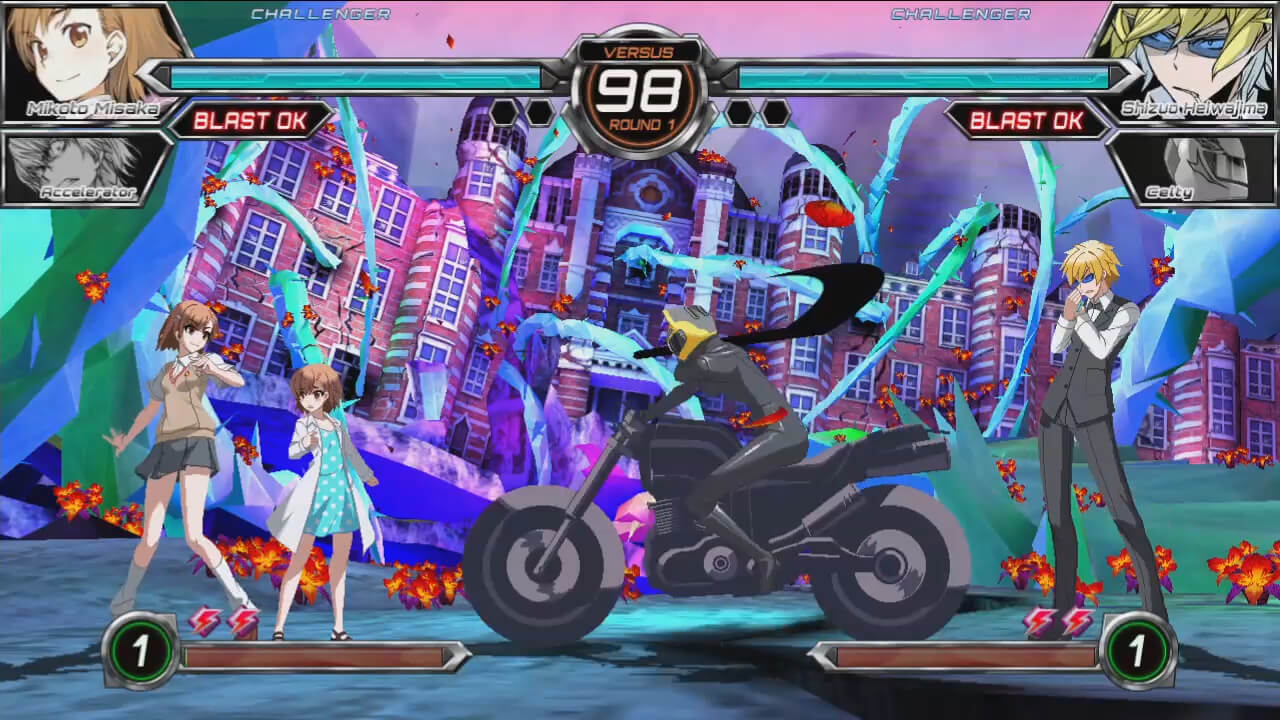 Fights will have you earn CP, which you can put towards unlocking various illustrations and voice works. Normally I'd say grabbing these extras are unnecessary, but it's actually worth hearing the voice actors comment on the characters they're portraying. You can tell that the likes of Ayane Taketatsu, Rie Kugimiya, and Risa Taneda love these characters, and that they're overjoyed about the fact that they're being featured in a game like Fighting Climax.

As for complaints, there are a couple. For one, I don't understand why the worlds the characters are fighting in are based off of SEGA games and not of the light-novel realms. It would've been cool to see the fights take place within Accel World's Brain Burst or Sword Art Online's Aincrad, so I can't really understand why I have to face off in front of a Sonic the Hedgehog or Phantasy Star Online backdrop. Also perhaps it's just the fan in me, but some of the support characters should've been bumped up into the main roster, especially those from The Devil is a Part-Timer, Boogiepop, and even Bludgeoning Angel Dokuro-chan.

Dengeki Bunko: Fighting Climax is a fine way to celebrate one of Japan's best light-novel publishers, and fans of both these books and their anime adaptations will no doubt have loads of fun taking control of these characters. It may not have the brains of Persona 4 Arena or the personality of Aquapazza, but it contains the heart of these properties nicely intact, something that the makers of J-Stars Victory Vs+ really missed the mark on. In short: if you ever needed a game where the likes Taiga of Toradora! can kick the living crap out of Yukina from Strike the Blood, then by all means jump into Fighting Climax with all your hopes and dreams fully realized.