It says a lot about The Talos Principle when the
puzzles are less mind-blowing than the narrative peppered throughout the
game. This is not to discount the complexity of the varied puzzles,
there are many that tested my mental faculties to the max, but when
paired against the emotionally heavy philosophy in the audio and text
logs throughout, the puzzles were the easy part. That being said, not
since the Portal series has there been a game as well crafted in both gameplay and story.

Released late last year on the PC, The Talos Principle: Deluxe Edition is the PS4 port of this standout puzzle game and comes with the Road to Gehenna DLC
as well. Having missed out on the initial release, I was excited to
check it out. As such, I’m unable to comment on any differences between
the two versions, but I can certainly say that the one I played looks
and performs exactly as I had hoped. The environments are based on
various types of architecture throughout history and are pretty enough
that I found myself stopping on occasion just to get an eye full of
them.

More important than how it looks however, is how quickly and smoothly
the game runs. All of the puzzles require you to carry objects around
the game environment, which I was worried from the outset could get
frustrating and tedious. While the complexity of some of the puzzles did
make it occasionally frustrating, thanks to the blazing fast and smooth
speed of the game, it never felt tedious. Restarting puzzles is a
common occurrence, so being able to jump right back into it without
waiting is vitally important. 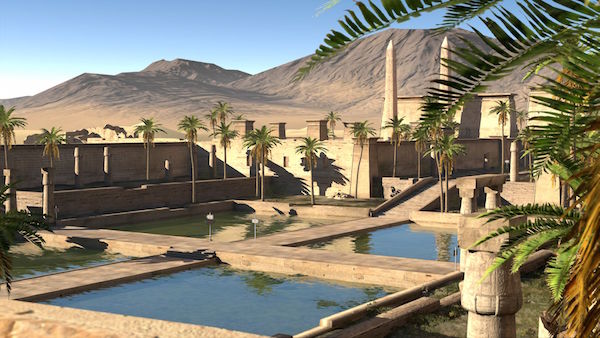 One of the most crucial aspects of any puzzle game is pacing. Being
able to gradually ramp up the difficulty of puzzles while not making it
feel too easy is a difficult task that The Talos Principle
handles very well. Every time a new mechanic came into play, I could
always anticipate the easy puzzle based around that specific game
element. Those are there so you can not only feel good about using that
mechanic, but so they can then follow it up with some similar, but with a
twist. Having done some time teaching myself, I can attest that this is
good teaching and it’s not something that is as easy to nail as this
game makes it look.

All that being said, there are still some crazy tough puzzles in this
game. I am happy to admit that I gave in and looked up the answer to
one single puzzle. I think it speaks to the complexity of this puzzle
that I still had a bit of trouble after looking up the answer. Not every
puzzle mechanic in the game is made equally, and this may be down to
personal preference, but I certainly had some I loved and others I
disliked. The blowing fans, for instance, always gave me a bit of
trouble, but I absolutely loved any puzzle that had jammers. This is
normally the part where I would go into how some of these devices work,
but part of the fun of the game is discovering that specifically, so I
will refrain from doing so here. 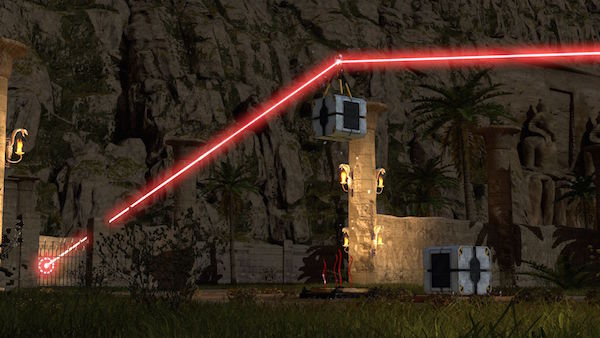 As mentioned earlier, the puzzle design was not the thing that blew
my mind the most in this game. The narrative, mostly delved out in
little chunks every time you enter a new area, is thought-provoking and
intense in a way that I have seen in few other video games. Literally
forcing the player to consider things like “what happens when you die”
and “what is the meaning of life” throughout the game. In each new area,
you will find a computer terminal with a series of text files. Some of
them will be excepts from religious texts, but most will concern a group
of people working on a certain scientific project before the end of the
world.

Alongside these light-hearted, if often also quite morbid, excerpts
is the story of your character, a robot in a prefabricated world
following orders from an unknown booming voice in the sky. This takes
the narrative in yet another direction, questioning the nature of free
will and the morality of what makes a person human. I don’t want to get
much more in-depth so I won’t ruin it for you, but I would like to issue
this warning: The topics brought up in this game are heavy. If you have
any issues with facing your mortality, questioning what it means to be
human or are simply looking for something a bit more whimsical, you may
want to avoid the story bits in this game. If all of that sounds okay,
then your brain will certainly be getting just as much of a workout from
the story as the gameplay. 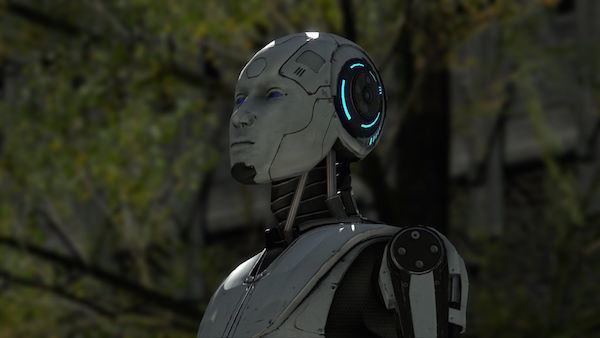 Developed by Croteam, the folks behind the Serious Sam franchise, The Talos Principle
impressed me in ways I wasn’t expecting. While games like Portal have
proven that you can have an interesting narrative in a first-person
puzzle game, few games have been bold enough to talk about the things
that The Talos Principle covers. While certainly not the first
or last, it deserves props for being brave enough to wrap its cleverly
designed puzzle game in a wrapper that asks real questions about life.
Either way, I would highly recommend it to anyone looking to exercise
their brain. 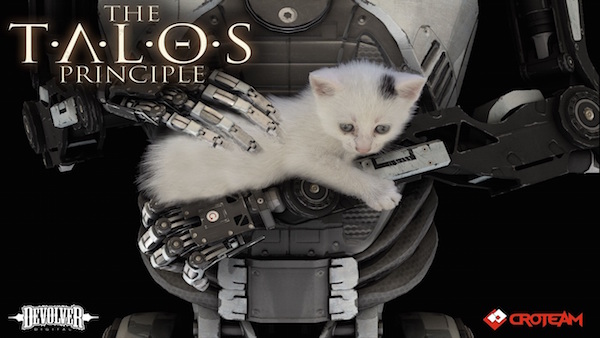