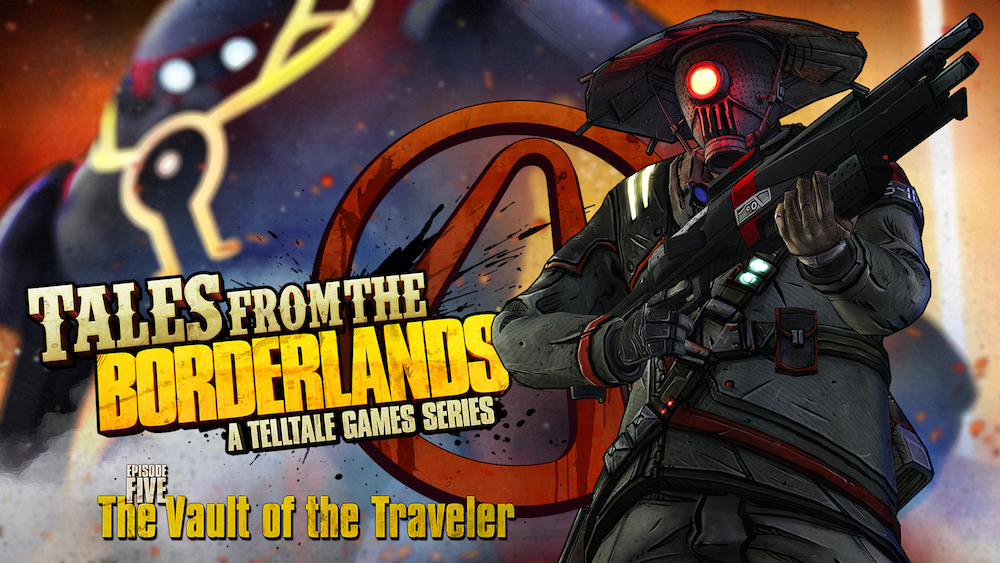 Tales from the Borderlands has been nothing but a solid blast to play through. With barely any faults in its gameplay and storytelling the first four episodes of (hopefully) Season One have shown that Telltale Games can take another game property and turn it on its head, spin it around like a dreidel on a Hanukkah evening, and have it land on piles of chocolate gelt for the taking. (WRITER'S NOTE: Being not of Jewish descent, I'm just assuming that's how dreidel works, so apologies if I get that wrong.) Of course, anything could happen with the final episode, even an ending that feels more like a meh than a bazooka-inducing explosion.

Fear not Borderlands fans, because "The Vault of the Traveler" doesn't just deliver a rocksteady ending, but it helps solidify Tales from the Borderlands as the best thing the franchise has ever done. Yes, there's a lot more things that go boom and a whole buttload more that's either on fire or frozen in the first three games. However, when it comes to actual storytelling, giving you something more to feel for both protagonists and antagonists alike, and -- not to mention -- controlling some of the finest-written characters I've seen in a video game in recent history, Tales from the Borderlands is a full-blown grand slam! 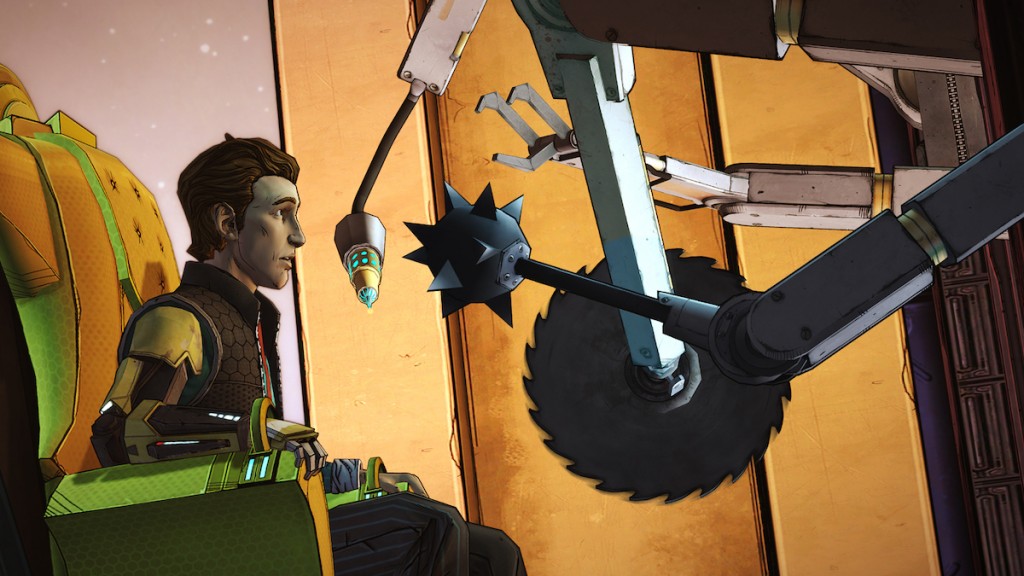 As the story goes, Rhys is now the President of Hyperion, but after a slight altercation with the charmingly douchey Handsome Jack, he decides to hightail it out of Helios. Meanwhile, Fiona and Sasha, who think Rhys has betrayed them, decide to do the same, only to find themselves running into a big pile of trouble themselves. After Helios crashes, the story returns to the present-day, where friends reunite and a Vault is still left to be taken. However what sort of plan will the gang concoct in order to obtain what may be the biggest treasure of them all?

"The Vault of the Traveler" will move you in ways that I never thought a Borderlands game could. There are moments that will make you feel something for even the lowest of characters. Hell, even as he was trying to kill me, I still felt terrible for the predicament that Handsome Jack was in. (Sympathy for the devil, am I right?) Fortunately, just as soon as your eyes are about to water up, the game reminds you that Tales from the Borderlands is all about having fun! Nods to Mighty Morphin Power Rangers, Street Fighter, and Rock 'Em Sock 'Em Robots will have you laughing your head off, not to mention showcase some of the sweetest fighting techniques this side of Pandora. (Note to Telltale Games: an arcade fighter with characters from past series would look good right about now. Just sayin'.) 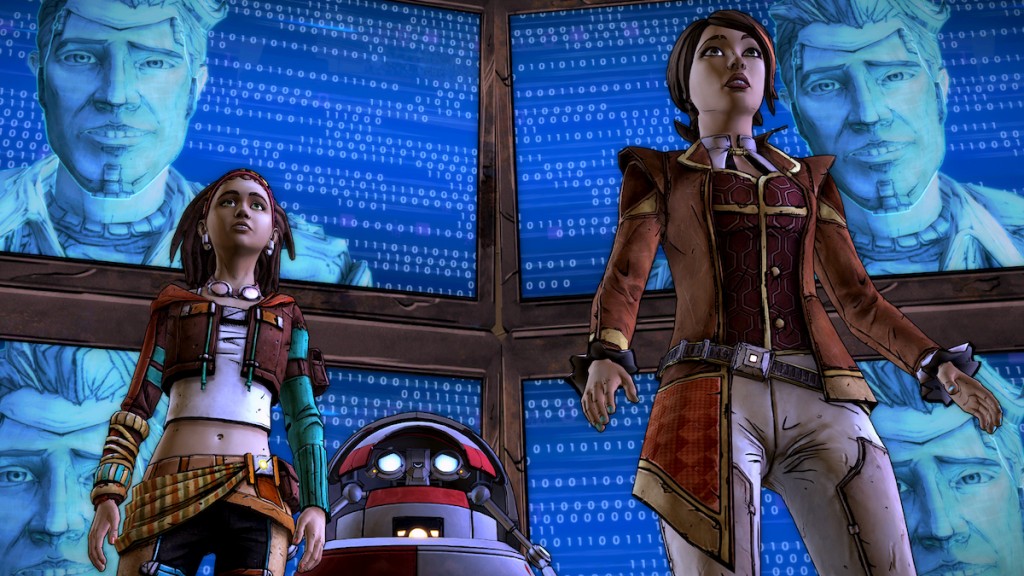 Troy Baker and Laura Bailey's performances as Rhys and Fiona have been stellar all the way through the series, with the finale showcasing how phenomenal they are behind the mic. The chemistry showcased between the two of them not only helped to emphasize the friendship these two characters forged throughout their journey, but also gave us reason to truly love them at every step of the way. Erin Yvette's Sasha helped to humanize both characters, even during the more dire of situations; meanwhile, Chris Hardwick's Vaughn turned for the better as a character with a lot more backbone than we initially gave him credit for. No matter what, though, it was Ashley Johnson's turn as the lovable Gortys and Dameon Clarke as Handsome Jack that took the spotlight whenever they hit the screen, with the former acting as the most adorable robot ever created and the latter roaming about like the most swagger-ific dickhead around.

It's near-impossible to point out any sort of real flaws with the game. Other than some voice-synching issues that appeared once or twice or a character flashing off the screen for a split second, Tales from the Borderlands was a tight ship from a technical standard. Not to mention, it used the Quicktime Event mechanic we've seen in every Telltale title since its origin and managed to make it seem like a more powerful command. (Perhaps they took a cue from Capcom's underrated Asura's Wrath?) Most important of all, despite it being a third-person episodic adventure, it still felt like a Borderlands game through-and-through.

Tales from the Borderlands has proven itself to be the best thing that Telltale Games has ever concocted. Better than The Walking Dead, The Wolf Among Us, and even Back to the Future: The Game this collaboration with Gearbox Software wasn't just a smart business move, but a testament to what sort of greatness can come out of a powerful collaboration. When looking back at the heroes of 2015's Game of the Year, it won't be Venom Snake or the Inklings that'll be popping up in my head. Instead it'll be those lovable assholes Rhys and Fiona, the stars of Tales from the Borderlands. Play this game now, or I'll send Loader Bot to convince you with his sweet, raw force.