Before watching the premiere of the CBS show Supergirl, it's important to briefly review the history of the character.

Supergirl, of course, would not have been possible without the overwhelming success of Superman. But Superman existed from 1938 until 1958 without a female version. In 1958, Jimmy Olson was paired with a Super-Girl character for a one-shot issue of the comic book. The new character was so successful, National Comics (the forerunner of DC) decided to create a recurring character the next year.

The new Supergirl was a teenager named Kara. She lived on the planet Krypton until the planet was destroyed. It just so happened that she had been put in suspended animation and was encased in a rock when Krypton exploded. She hurtled about 29 years through space and ended up on Earth. She awoke from her ageless sleep to find the baby she knew as Kal-El had grown to become Clark Kent/Superman. So Kara was the oldest, yet youngest survivor of the planet Krypton.

As it turned out, Kara was Kal-El's cousin. Soon, we would find out there were more suvivors of Krypton. The villainous Zod was one of them, stuck in the Phantom Zone for years until accidentally freed. Once in the friendly bath of the Earth's Solar System, all the newly discovered Kryptonians became super-powered, giving Superman a mighty headache, but providing tasty fodder for years in comic books.

Mostly, Kara shared adventures with Superman, except for occasional comic book series' of her own, in 1972 and 1982. Both series lasted only two years apiece. Kara was finally killed off in the 1985 Crisis on Infinite Earths year-long arc.

It was then that DC Comics decided that after adding scores of Kryptonian survivors to the Superman story over the years, Kal-El/Superman would henceforth become the one-and-only survivor of Krypton. Even when DC brought back a Supergirl in 2005, she wasn't Kara, a survivor of Krypton, but somebody else entirely.

The folks from the 1985-era DC Comics are long gone now and the new people in charge at DC are more open to returning to the ideas of yesteryear. Their recent New 52 effort for the comic books shows this opening of the canon and the continued push toward placing the DC characters in TV shows is accelerating the process.

This became evident in the Smallville TV series, when the Zod character was resurrected. I mean, if Kal-El was the only survivor of Krypton, how could Zod be around?

The new Supergirl TV series blows the post-Crisis canon wide open. The first episode is a retelling of the rudiments of the 1959 origin story. Kara, a Kryptonian teenager, waves goodbye to Kal-El before he is shuttled of the planet before it blows up. In the explosion, Kara is blown from the planet herself, falls into suspended animation and makes her way, much more slowly, toward Earth.

By the time she arrives on Earth, she finds her cousin Kal-El is the famous Superman. She bumps into a couple of Superman retreads from the last century: Dean Cain, who used to play Superman on TV, and Helen Slater, who played Supergirl in a movie.

Kara ends up at the Daily Planet -- uh, Galaxy Communications, er, CatCo -- where she encounters a feisty boss Cat Grant, who doesn't chew cigars, but is the female equivalent of Perry White. Speaking of retreads, Cat is played by Calista Flockhart.

Her best friend at the joint is Jimmy -- now James -- Olson, who no longer shoots photos for the Daily Planet, but is now art director at CatCo. He makes sure everyone knows he's still Superman's Best Friend.

But this is all the house-dressing for the real bad guys, and, strangely enough, they're survivors of Krypton. Like Klingons on Star Trek, they're colorful and some of them have ridges on their heads. The baddest Kryptonian is Non, who is described as "A former scientist in league with the House of El and a brutal Kryptonian military officer who is sinister, powerful and angry -- the antithesis of all things Supergirl stands for. He will quickly become her greatest threat."

Of course, the show's not going to only be about Bad Kryptonians. In future episodes, Supergirl will deal with Nasty Androids, Evil Scientists, a Mad Shock Jock and a Scary Alien -- all the things you expect in an hour-long weekly series that's trying to pound out 20-or-so episodes a year.

What I don't expect are the frequent crossovers that you get in shows like Arrow and The Flash, since those shows are on a different network, but The CW is partly owned by CBS and Warner together, so it's not out of the realm of possibility.

Reaction to the first episode of Supergirl was very good. The show got very high ratings numbers and got a score of 97 percent on Rotten Tomatoes.

It's interesting to see that DC has relaxed the rules on all that Superman-is-the-only-survivor-of-Krypton business. Let's just hope it doesn't turn into the-only-good-Kryptonian-is-a-dead-one. 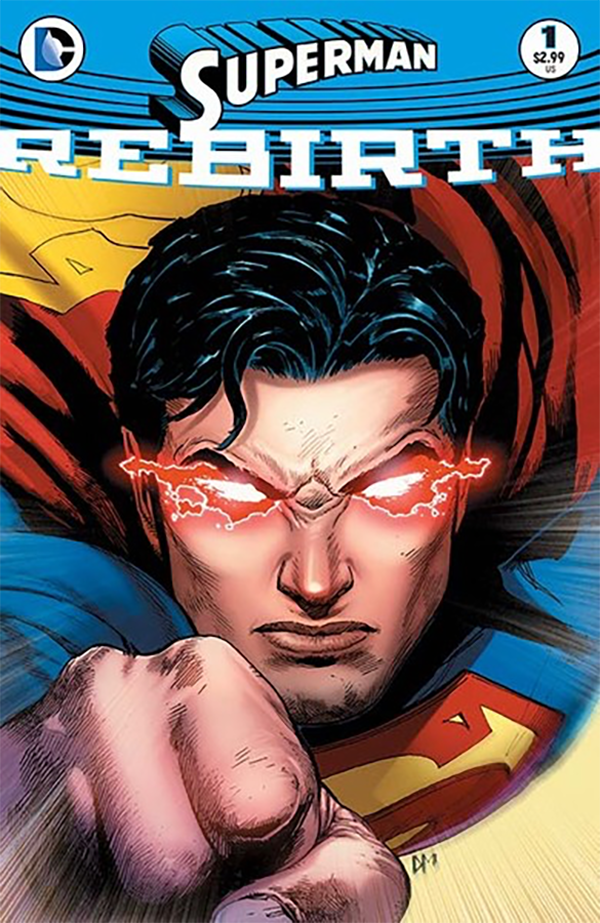