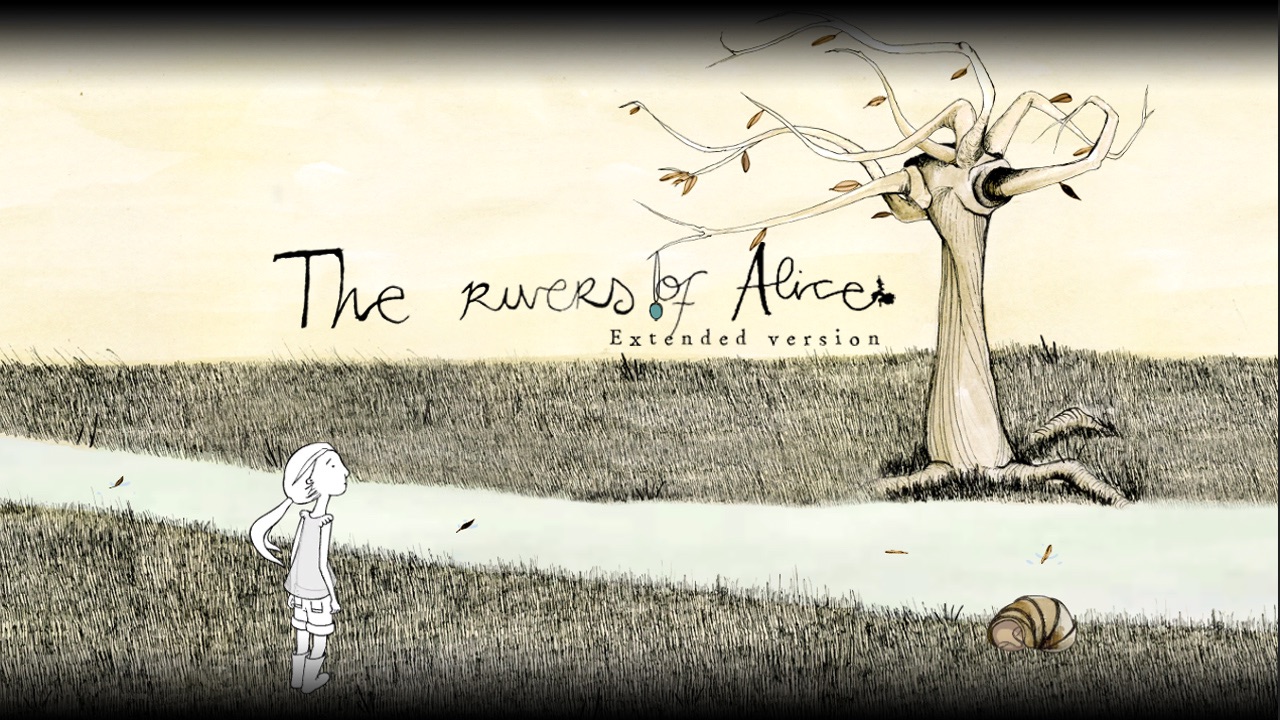 GAME REVIEW | A Melancholy Puzzler In "Rivers of Alice"

On the surface there doesn't seem to be anything appealing about The Rivers of Alice, which recently got an Extended Version released on the Wii U. In fact I wouldn't blame you if you became disinterested in a game featuring a protagonist who seems plain in a world lacking much color. However despite its visual appearance, Delirium Studios has crafted a very interesting puzzler that's not afraid to think outside the usual realm of mind-benders.

The Rivers of Alice has you take control of the title character, as you seek out four magical dragonflies in her dreamscape while tackling on her fears of Sloth, Envy, and Lie. To find these dragonflies you must solve puzzles and complete various tasks that connect with overcoming the things that Alice is afraid of. Using the GamePad and the stylus to control Alice you must search for hidden hotspots that may unlock a hint of what must be accomplished. 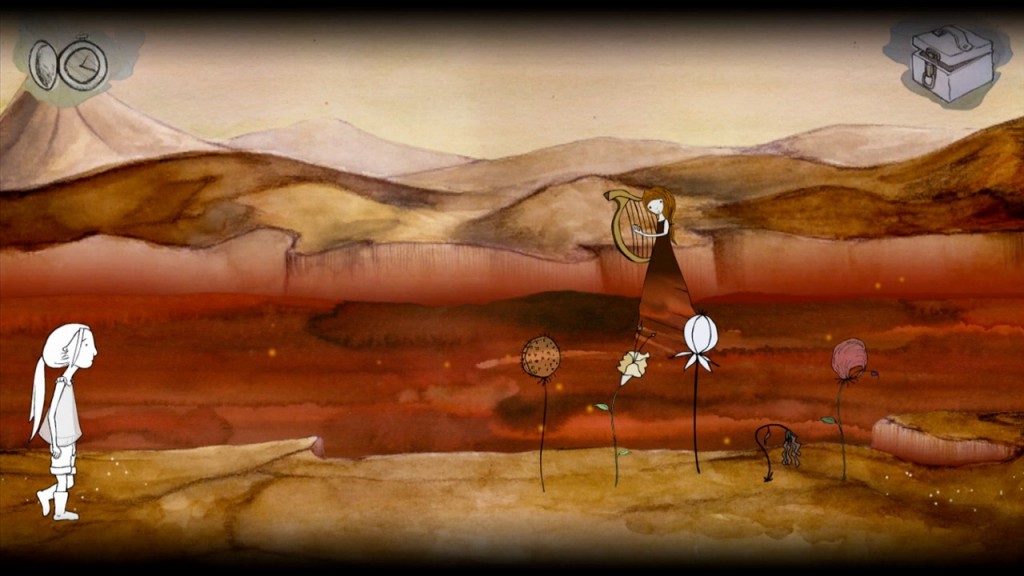 Unlike most puzzle games The Rivers of Alice encourages players to take their time with the tasks at hand. Since the game takes place in a calm dreamscape, the developers apparently wanted the players to enter the mindset of the protagonist, who appears to look at the realm inside her head with a melancholy mentality. However as the game does delve into her fears it knows how to build just the right amount of tension (especially one area where you'll need to walk in total darkness before your candlelight burns out).

Perhaps one of the big reasons why the game tells you to play slowly is because of how some of these puzzles are set up. Sometimes figuring out what to do is rather easy, whether it's fixing a spider web or building a music-based bridge. However others will require you studying what's in your surroundings, as ones involving lighted apartments or birds on a roof need to be solved with the closest of attention possible. Of course you can head back to the beginning to ask Sloth for a hint or two, but as the game promotes slowly tackling these puzzles it may seem redundant to seek a way to hurry the game along. 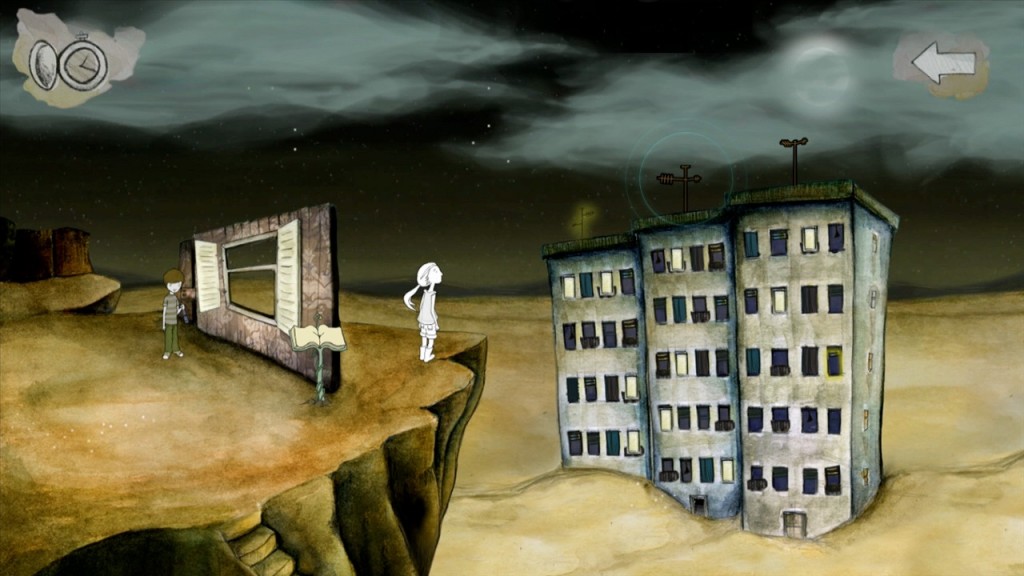 Delirium Studios surprisingly put a lot of beauty into the simplicity of Alice's dreamscape. While some may look at it and start subconsciously craving a Red Bull, I for one gaze at the game and am reminded of both the New Yorker cartoonist Charles Barsotti and the animated works of Fred Wolf (who helped to adapt Harry Nilsson's classic album The Point! and tackled the specials based on Peter, Paul & Mary's "Puff the Magic Dragon"). Within this initially plain-looking landscape is a kind of life that must be appreciated when one is in need of some relaxation.

Sadly the downside of this game is that you'll wind up spending the majority of your time playing it looking at your Gamepad screen instead of your TV. I can vouch that playing like this can be daunting on the neck (a reason, probably, for why the game encourages you to take a break if necessary). While the game looks nice on the small screen, I wish I could've been given more of a chance to appreciate the worlds on the television. 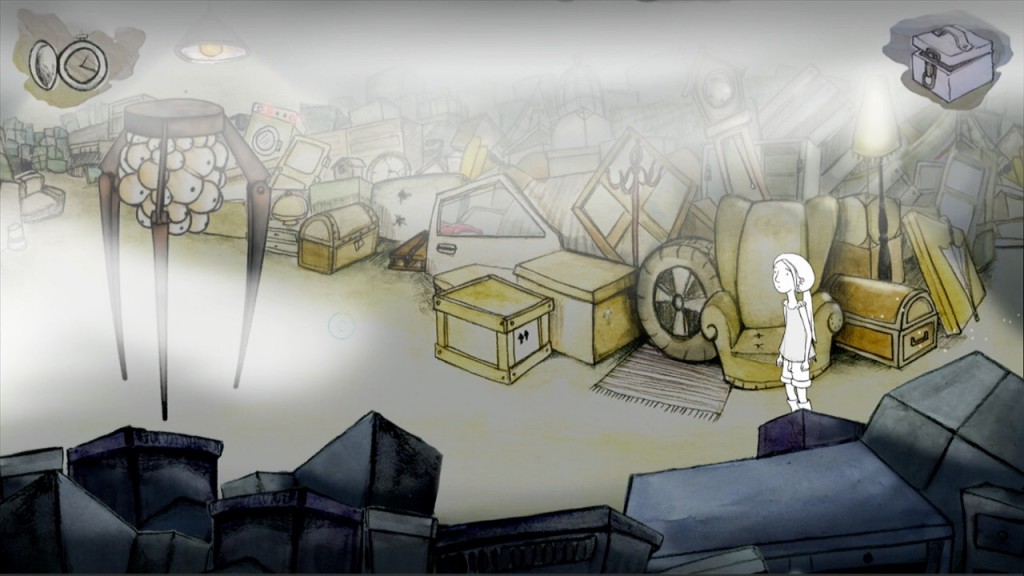 The Rivers of Alice can take under three hours to beat, and while it is rather short the $8 price tag that's attached to it is pretty fair. While there isn't much to go back to after the end credits roll, being able to listen to all the unlocked songs is a nice plus, as the game's soundtrack is certainly one of the biggest highlights the game has to offer. Composed and performed by Spanish rockers Vetusta Morla the melodies that crawl out of your speakers will be some of the most beautiful tunes you'll hear on any console game this year.

The Rivers of Alice may not seem like much, but it's certainly a good game to play when some down-time is needed. Although the adventure may be short, the visuals and puzzles will give you plenty enough work for your eyes and brain throughout its duration. It may not be an exciting game, but The Rivers of Alice does a fine job with carefully holding the players hand and gently walking them through its soft and pretty landscapes.

More than a tracer