HomeComicsMore than a tracer
Comics

More than a tracer

For comic book collectors there's a funny scene in Kevin Smith's movie Chasing Amy, as Banky signs the book of a comic collector:

Collector: So you draw this?

Banky: I ink it and I'm also the colorist. The guy next to me draws it. But we both came up with the characters...

Collector: What's that mean -- you ink it?

Banky: Well, it means that Holden draws the pictures in pencil, and then he gives it to me to go over in ink.

Collector: So you just trace!

Banky: It's not tracing. I add depth and shading to give the image mere definition. Only then does the drawing really take shape.

Collector: You go over what he draws with a pen -- that's tracing!

Banky: (Hands book back to Collector) Not really. (calling out) Next! (A Little kid steps up but the Collector lingers.)

Collector: (Speaking to the Little kid) Hey man. If somebody draws something and then you draw the same thing right on top of it, not going out-side the designated original art what do call that?

The scene then devolves to a shouting match where Banky, played by Jason Lee, eventually calls out the immortal line, "YOUR MOTHER'S A TRACER!"

One of the great inkers of the Silver Age of Comics died last week and I wondered if he ever saw that scene from Chasing Amy.

Murphy Anderson was more than just an inker, he was an artist as well. He created the original look of Hawkman, was responsible for the reemergence of The Spectre and drew all of the DC Comics characters at various times in the Silver Age and beyond.

He was an award-winning artist at that. In 1988, he was inducted in the Jack Kirby Hall of Fame, which was ironic because he was once assigned the task of "fixing" Kirby's renditions of the faces of Superman and Jimmy Olsen. While Kirby initially drew them his own way, Anderson was instructed to restore their more traditional look.

As an inker, he won several awards for individual issues of Detective Comics, Justice League of America, The Brave and the Bold and Showcase.

Anderson was also responsible for a technical innovation in comic books. Traditionally, comic book artists drew the pages of the books on media measuring 12x18 inches in size. Anderson convinced the company to change the media to 10x15 inches, which would allow two pages to be photographed at the same time. The new standard was adopted throughout the industry. 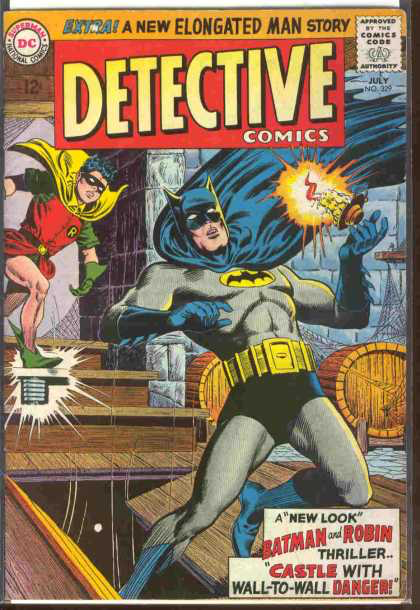 I've never been one of those inkers-are-just-tracers kind of guys. I learned just how difficult an inker's job was when I was a college student.

I got a part-time job as a draftsman for a local manufacturing company. I had been quite adept in drafting in high school and found my talents were needed by a guy who invented a device that would take scrap metal off the manufacturing floor automatically with an auger-driven device. He needed someone who could take the existing prototype and draw the drawings required to make copies of it, as well as to eventually patent it.

Drawing it was not the hard part. Because it was going to be submitted to the patent office, the drawings had to be in ink -- something I had never done before.

Making the initial drawings in pencil was easy. If I made a mistake, I simply used an eraser to delete the mistake and re-drew it. Ink was not at all forgiving. If you made a mistake in ink, the whole thing went into the trash and you started over. 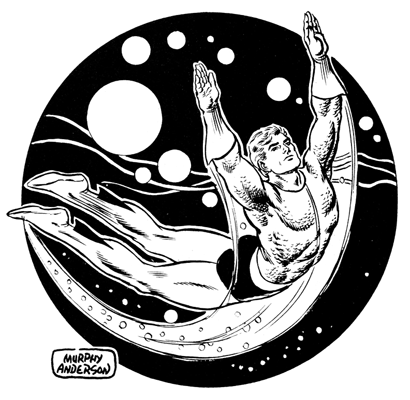 Ink was also tedious. The pens I had to use didn't hold ink in a barrel, like an ink pen. The pens I used were like the ones used in the 18th century -- they held only enough ink for a couple of strokes at a time before they had to be refilled a couple of drops at a time.

But I got good at the slow, painstaking process. By the end of the project, I was able to create some strokes without the benefit of drawing them out in pencil first.

Even though Anderson's equipment was undoubtedly better than mine, I'm certain he had an excellent mastery of his craft.

Nowadays, it's all done on the computer with programs like Photoshop. Pressure-sensitive styluses, like the Apple Pencil coming for the iPad Pro, will likely bring beautiful works to the fore. It's just a shame that guys like Murphy Anderson won't be around to use them.

Get off the fence

From an unidentified North Kor...