The New Xbox One Preview Update will start rolling out to ALL consoles starting November 12th. 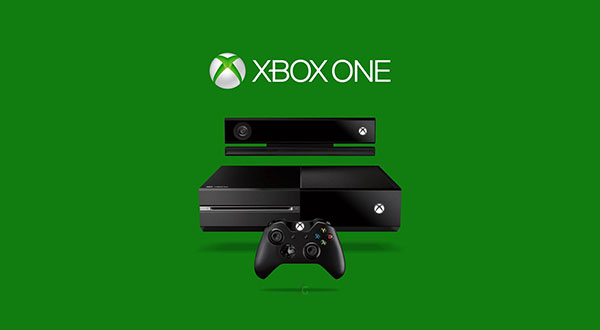 As a member of the Xbox One Preview Program, I get to experience some features and updates before the general public. In a lot of ways, this is great. Especially when backwards compatibility was announced at E3 this past June, preview members got it literally hours later. But sometimes, these updates can downright suck. Thus was the case about a week and a half ago. I turned on my Xbox One and I was welcomed with a screen that said that something had gone wrong with my update. The New Xbox One Experience dashboard is right around the corner and has been rolling out to Preview Members who didn’t go ahead and manually update. I had purposely waited as I had been hearing grumblings from Facebook friends. Unfortunately, the only way to avoid this preview was to opt completely out of the Preview Program which I didn’t really want to do, but then wish I had…but don’t worry, this story does have a happy ending but it was a stressful 20+ hours. Here’s what happened and what you can possibly do in case this happens to you.

When I turned on my Xbox One and was greeted with the “something went wrong with your update” screen I could have gone into the settings to check a few things prior to continuing, however, in this case, I don’t think it was necessary. I kept having issues with the update so I powered down the Xbox and unplugged the power for a full power down. My Xbox One is set to Always On so that updates are downloaded automatically. This means that when the Xbox is turned off - whether by saying “Xbox, Turn Off” or tapping the power button, the Xbox goes into a low power mode specifically so it can update itself in the back ground (and listen to your conversations and send info to the NSA, of course). You should do a full power down at least once a week as this clears the cache and solves many issues that may plague your Xbox - kinda like you should restart your computer - but if you are like me, you don’t always do that! After a minute or so, I plugged in the power and powered up the Xbox. It immediately asked to update the console so I said yes and the download commenced. So now…you wait. It was a big update so it took a while. It got about 4/5ths through the Preparing Console screen where it seemed to have stalled. I decided to be patient and wait it out but literally 2 hours had gone by with no change. That didn’t seem normal, so I decided to do a hard reset. A hard reset, often called a power cycle or cold restart, is when you hold our finger over the power button for 10 seconds or so until the console restarts. This will fully clear the console’s cache but will leave all your data intact. This will solve about 99% of your problems, which is why it’s probably a good idea to just do this once a week or so. You want to see the green Xbox loading screen…if you don’t, then your console did not go through a proper power cycle so you may have to repeat those steps. After I did that, it came back to a black screen. Uh oh. I let that sit for a while then did another hard reset. Black screen. Double uh oh. Hard reset again - green loading screen. Yay! Well, yay until it stayed on that for about 2 hours. Crap. I was trying to be patient since, at this point, I figured that I may be doing more damage than good. Nothing left to do but do an old-fashioned reboot by powering down and unplugging it. I did this a few times, got the green loading screen, and decided to call it a night. I left it on but it's set to power down after a couple of hours of inactivity, so it did. I powered it up again in the morning and got that damn green loading screen...crap. I went to work - where I have a Windows computer (I only have Macs at home) and followed the directions as detailed on this webpage:
http://support.xbox.com/en-US/xbox-one/system/offline-system-update-diagnostic-tool

I started at Step 1, since I couldn't access the settings and I know how to format a disc drive. In this case, my only hope was to reset the console back to factory settings and hope that would bring my console back to life. Click on the Restore Factory Defaults link to download the zip file. You will need a USB drive with at least 2GBs of space, formatted to NTFS. The drive should be empty. Once downloaded, unzip the file and, as the guide says, "Copy the contents of the .zip file to your flash drive. Note The files should be copied to the root directory, and there shouldn’t be any other files on the flash drive." To clarify this step, there is only one file that unzips and it unzips to a folder called $SystemUpdate. You only want to copy the file - in this case, called updated.xvd - to the USB drive. Since I wasn't sure, and I had 2 USB drives on me, I copied the folder with the file onto one and just the file onto the other.

When I got home, I powered on the Xbox, in hopes that maybe it would just be ok and got the green loading screen again. I waiting about 10 minutes before shutting it off. Time to attempt the reset to factory settings. Deep breath. LOL. I plugged in the USB drive with the folder on it and it didn’t work so I used the one with just the file on the root directory. I heard the tones as noted in the directions but still nothing. Did it again, nothing. Finally, I just unplugged everything and waited. After about 15 minutes, I plugged in the power, the HDMI cable, and the cable box HDMI cable and did the restore. When it turned on, I saw a screen that said Preparing Console flash then it shut down and restarted. After that, I was at the welcome screen. Just had to go through all the prompts as if it’s a new console and I was back in business with the brand new (preview) dashboard. All of your game saves are stored on the cloud and most of my downloads were on my external hard drive. I plugged that in and I was pretty much operational immediately with the exception of a few games, DLC, and apps that I had to re-download and adjust a few settings (like automatically install to the external hard drive).

Hopefully, when the updates begin rolling out, you will not have to go through this. But if you do, take a deep breath, remain calm, and remember that you can always restore your settings. Once you are updated, give it a day or so to get used to and you will most likely enjoy the new dashboard.

Please be sure to read the directions, in full, a few times before moving forward with the restore. http://support.xbox.com/en-US/xbox-one/system/offline-system-update-diagnostic-tool
ESH nor I are not responsible for anything that may happen to your console should you follow this guide. I followed a lot of fixes on Reddit and the Xbox Support Forums before attempting this and mine works just fine. 🙂 If all else fails, call Microsoft Customer Support, since this will be a mandatory update, they will likely be responsible should you end up with a bricked console…since this is was part of the preview program, you are liable for any issues since it’s technically in beta and you have been warned via T & C.

Value of new Tomb Raider game to b...

The end of the easy binge session