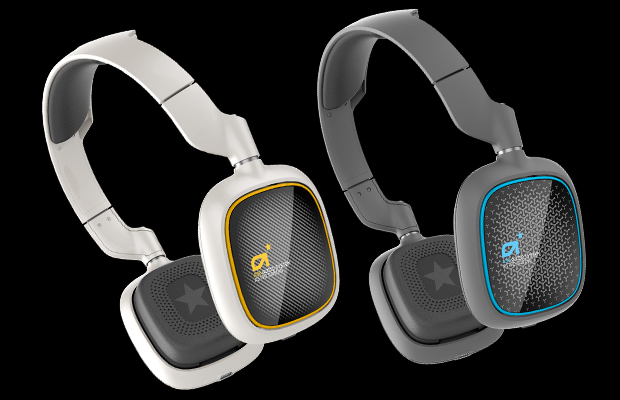 I make no bones about the fact that I am a huge Astro fan. I’m an audiophile, so I take my headsets very seriously. But when it comes to the lifestyle stuff — listening to music when you’re out and about — I’ve had difficulty settling down into a really good headset.

I don’t mind plunking down some money on a headset when it’s really good, but good for me is different than good for most people. I like a lot of bass and I like a headset that doesn’t pinch my head.

A lot of companies cheap-out on a headset with the band that goes over your head. They’ll pick a hard plastic or metal that forces your head to be pinched. So if you’ve ever had a headset that gives you a headache, that’s usually the reason. That’s the mark of a bad headset to me.

I like my headsets not to be heavy. In the last year or so, I’ve wanted my headsets to be wireless whenever possible. I do not like being tethered to my device, whether that’s my console or my phone or my iPad. I really like to sit my head comfortably wherever I want to be. I know it’s a First World problem — I don’t care. I really like that mobility.

So when I heard about the Astro A38 headset, I really wanted to get my hands on it. Unlike the A30, which is a wired, gaming headset, the A38 is a lifestyle headset, so it is just to be used with your smart device, whether it is a computer, a phone or a tablet. It is not meant to be a gaming helmet. It has a microphone, but not a boom mic. It is a Bluetooth headset. It’s designed to be the headset you use while you’re listening to music or a movie. It is a lighter, smaller-cup headset. I was attracted to it for those reasons.

Who is it perfect for?

It’s perfect for road warriors or anyone who doesn’t want to be tethered to their device. It has a smaller cup size that sits on-ear — it’s not an in-ear headset. It’s one of the few headsets that the cup is the same size as my ear, so it fits perfectly and creates a perfect seal. It is a noise-cancelling headset. When I have it on, the seal is so perfect, I don’t hear anything outside of me.

The built-in mic is good enough for doing a phone call, but it’s not the kind of quality you would want when you’re gaming. It’s good, but it’s not great.

It’s very seamless — it has controls on the outside of the cup so you can increase the volume, skip tracks, turn it on or off. It’s got audible sounds so you know when it is paired, when it’s on or off.

But even though it is a Bluetooth headset, it is still very light. It doesn’t pinch my head and is comfortable enough to wear for hours.

It thould be perfect for when I’m on my next flight. It’s typically so hard for me to block out all the sounds around me when flying — and that’s what I really need in order to sleep. My issue with most of the headsets I’ve had was that the nose-cancelling headsets had huge cups. I could block out the sounds, but I couldn’t lay my head to the side or go to sleep. The cans would be pushed off because of their girth, so I couldn’t really relax. With these smaller cups, I could turn my head and not move the cups, so I’m really looking forward to traveling with these guys.

It has only one battery — built-in and rechargeable via USB. I have only recharged mine twice, because it gets great battery life. The longest I have used it in one sitting was four hours and I still had a full charge after that.

I believe it will take about 30 minutes to take it from fully depleted to a full charge. I believe it’s rated from between eight and 10 hours.

The only thing I don’t like about them is that you can’t use them when they’re recharging. When it’s connected to my computer, it doesn’t want to charge and play, which I’m not used to. That could be one drawback to some people. I think that’s a problem with most Bluetooth headsets.

Astro lets you create custom tags (decorations onthe coverings over both ears). You can go to their website and either pick from pre-made designs or upload your own artwork. It’s a nice touch. You can brand it to you, as opposed to advertising for them.

A bunch of places. Physically, you can get them at Best Buy stores, in the gaming section. You’ll see all of Astro’s headset there. Online, you can get them from places like Amazon or directly from Astro’s website at astrogaming.com.

I absolutely love mine, and I would have loved them even if I had to buy them. A lot of people think if you get a review unit, you’re always going to say nice things about the thing, but if there are things I don’t like about something I’m given to review, I try to find the nicest thing of saying it, but I still will say it.

Because of this headset, I was able to retire my Studio Beats, which I used to use for travel. But they didn’t let me sleep on the plane, because of their girth.