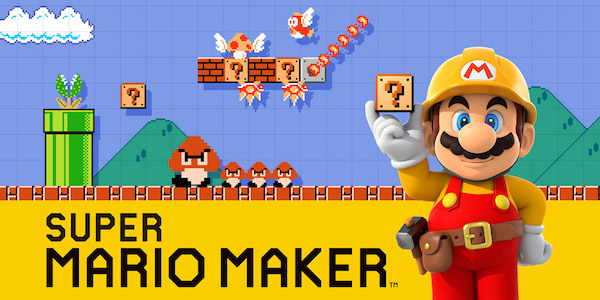 When a game does as well of a job defining not only an entire genre, but a generation, it ends up being rethought a number of times. Super Mario Bros. has seen quite a few releases over the years. Nintendo has taken the series and turned it on its head numerous times and taken it in some interesting directions. The final thing left to do was unleash the series and put the creativity in the hands of the players. What followed was a flurry of new possibilities never before seen breathing new life into the series. Super Mario Maker is not a lazy handoff of level design, it is an entirely new Super Mario Bros. game that has nearly infinite possibilities.

I Recommend It Because:

More than any other game this year, I find myself returning to Super Mario Maker almost daily. The constantly new nature of the game means you'll always have something brand new to check out anytime you boot it up. Ranging from brand new user-made levels to stages created by Nintendo itself, I have a blast every time I load it up. Nintendo has also done a fantastic job adding new features to the game for free which has kept the level creators on their toes as well.

Likely my favorite thing about Super Mario Maker however, is the social aspect. Building and playing levels with your friends is one of the most fun things you can do in the game. Whether simply adding a tribute to your buddy or making the level so hard they want to pull their hair out, I love creating stages with my friends in mind.

Anyone who is a fan of the Super Mario Bros. series or owns a Wii U. Seriously, you have no excuse to not own this game.