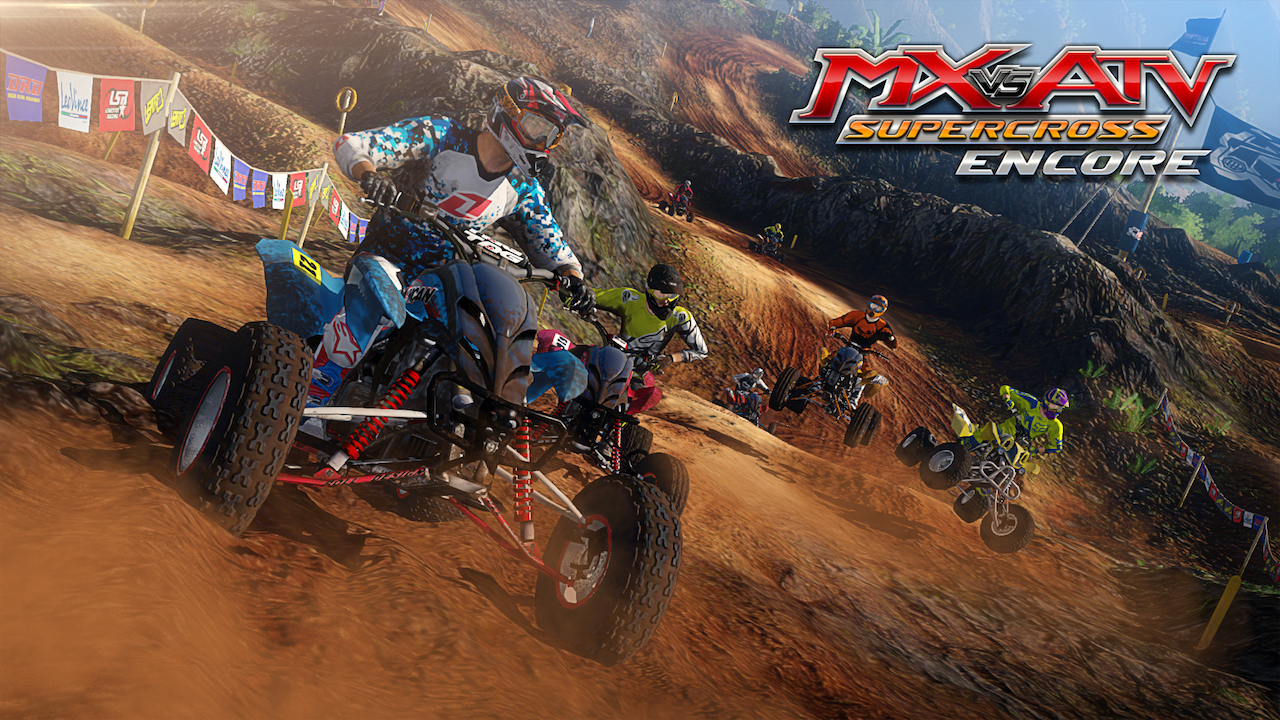 GAME REVIEW | No "Encore" Necessary For This "MX vs ATV" Game

I had a soft spot for the MX vs ATV series back in the day, as it was the kind of racer that would get all my friends excited to compete with one another. With the closing of THQ it felt like the odds of it returning were very slim, until Nordic Games came along, rescued it, and unleashed the next title in the series last year: MX vs ATV Supercross. It didn't fare well with critics, but with the release of the Encore edition on PS4 could the errors of the past have been ironed out?

MX vs ATV Supercross Encore features over 30 courses and just around five dozen riders for you to race on. This incarnation also features a heaping of modes to jump headfirst into, from solo and freeplay modes to career and rhythm racing. Players can also go head-on with one another online, with up to twelve players competing in each race. The better you do in these races, the better the upgrades you can earn to add some more attitude to your wheels. 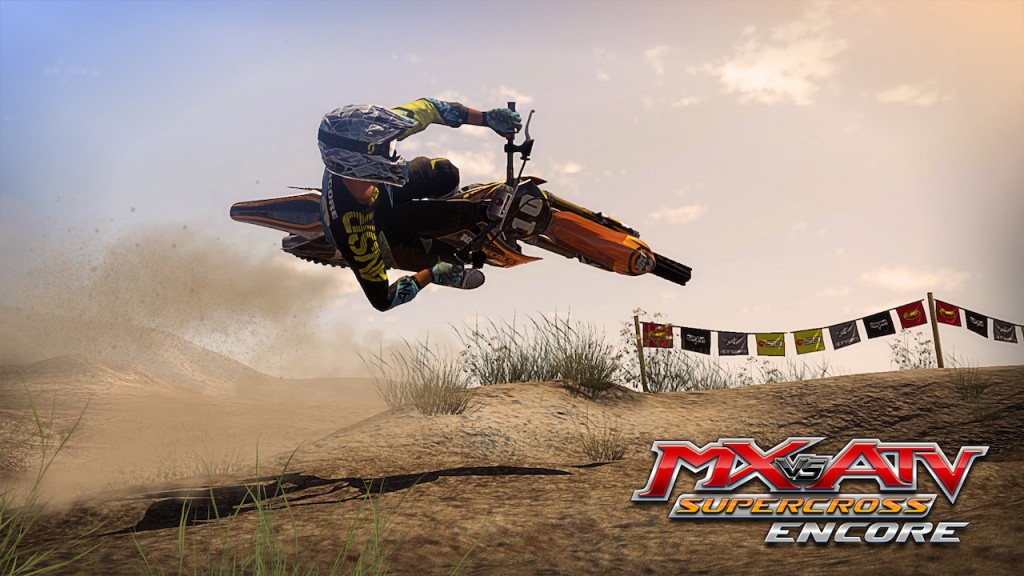 Jumping into a race on the motocross side of things I immediately found myself dealing with some issues. As I sped off with the other racers I discovered that the balance on my character felt very off, as my racer kept riding face-first into the barricades. While I found myself getting into first place a couple times during the race, I almost immediately lost the top spot when a trick bump would appear out of nowhere, knocking me off the track and forcing me to respawn my racer near the back of the pack.

Thinking that it must've been my skills in the motocross realm, I switched to my speciality: the ATV racing. At first things went along smoothly, until it came to that first turn. Once again my racer was having trouble handling, driving straight into walls and crashing in some pretty embarrassing ways. I found that winning a race in this game was nearly-impossible, even on the most rookie of settings. I don't know if the mechanics of this title are broken or if this the type of racer where the motions are pushed to the most realistic levels that having a wheel peripheral is practically a requirement to play it. (It could be either or, to be honest.) 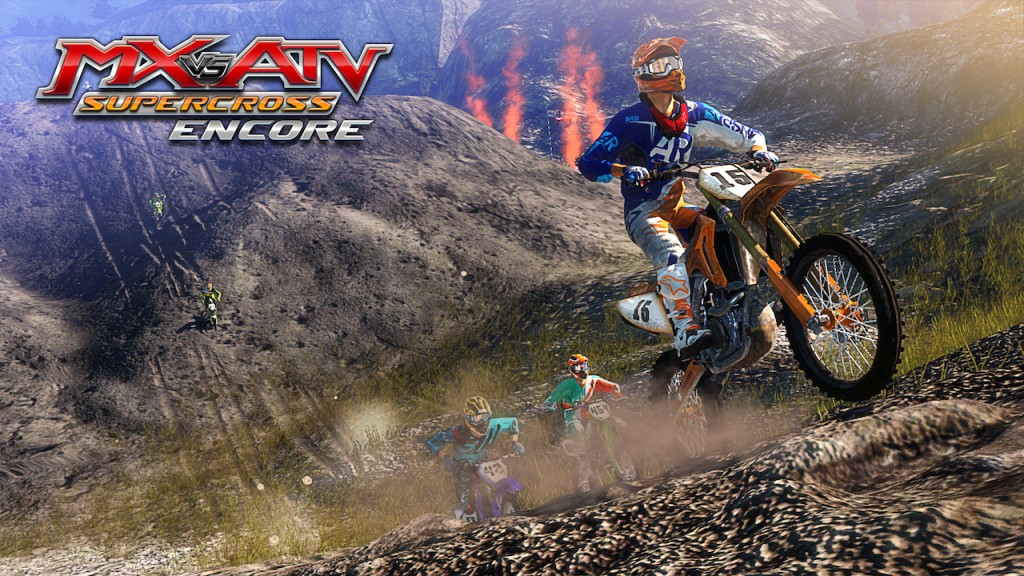 Feeling frustrated I jumped into some free roaming, as I attempted to test out the trick mechanisms of MX vs ATV Supercross Encore. After reading through the trick list I decided to start giving it a whirl. Unless it was by accident I found that none of the trick commands were working. I tried holding down the R1 button as I put the code in, quickly pressing all the buttons, tapped in the schematics with both control sticks, and came up with nothing. The only thing that I found entertaining about Free Roaming was how many different ways I could maim/paralyze/kill my rider, as he rag dolled on the ground, rocks, cliffs, and even water.

Fed up I decided -- just for the heck of it -- to try out the online racing part of it. I found myself jumping quickly into a race, and surprisingly I was given a far better chance at winning this time around seeing as all the other riders were taking on the course as if they had downed one too many Red Bull & Vodkas. I find it surprising that the Online Mode is the saving grace of Encore's gameplay mechanics, as I've almost always had my butt handed to me in that level. 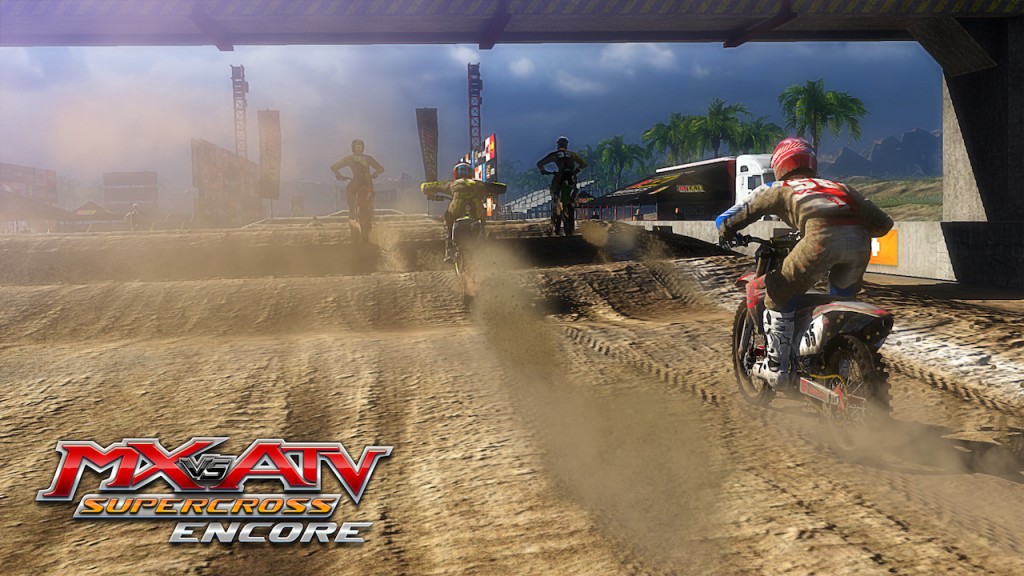 For a next-gen title Supercross Encore looks rather poorly in the graphical department. Characters and tracks feel more at home on a PS3 rather than the PS4, and the crowds featured on some of the tracks look as if they wandered from a PS2 adaptation of the game. Vehicle and racer movements feel rather stiff, lacking a sense of realism that even MX vs ATV Reflex was able to deliver on a few years back. The game already looks as dated as the pop punk soundtrack that blares throughout its duration.

MX vs ATV Supercross Encore should've been a return to form for the popular racing series, but instead it's one ginormous speed bump that's been laced with barbed wire and rusty nails. How Rainbow Studios could go from making one of the best racing titles to one of the most broken is beyond me, although perhaps it could be due to a rushed development situation. Perhaps next time they'll take their time and bring forth an MX vs ATV game worthy of being propped up next to its predecessors, but for now Supercross Encore is a muddy skid mark on their track record.