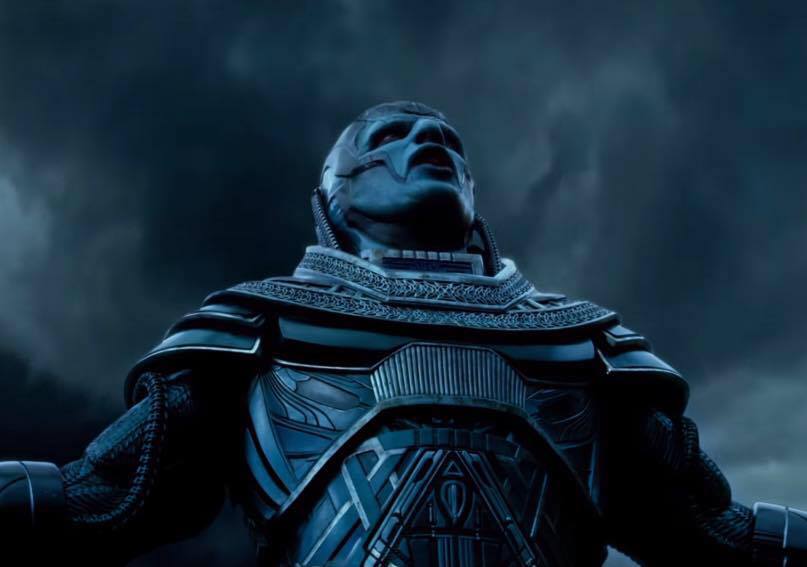 The newest X-Men: Apocalypse trailer was recently released. It's taken me that long to compose myself to the point of writing more than just incomprehensible squees. From the final look of Apocalypse to that last shot of Professor X, I'm hooked.

All traditional story line conflicts aside, this looks like a great movie. It doesn't look like there are too many villains, or too much going on either(I'm looking at you Dawn of Justice). From the looks of things it's one solid story line of mutants versus Apocalypse and his horsemen. Maybe a little political conflict too, as X-Men movies (and comics) tend to include.

Sure Bryan Singer has taken some liberties with the X-Men Universe, but they've led to some wonderful things LIKE STORM HAVING A MOHAWK!! I was overly excited to see the old, punk-rock version of Storm get re-imaged in this rendition. 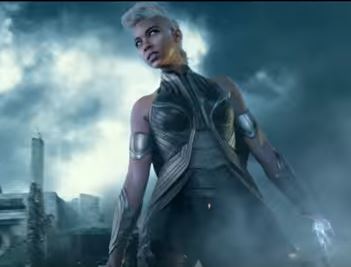 I mean, really... Storm has never looked better in the MCU...

I'm also incredibly excited that it's not Halle Berry anymore. It's a little strange that she's one of the four horsemen, but all inaccuracies aside she looks like a total bad-ass.

The other horsemen could be promising as well. I'm pretty sure I speak for most X-Men fans when I say Michael Fassbender as Magneto has not left anyone disappointed. Just to see him return as malevolent as ever should only improve this movie. I am curious to see how Quicksilver's involvement plays out. I'm pretty sure they've just written off the father/son relationship in Singer's universe, though.

Olivia Munn, I'm skeptical about. I know, I know - she's geek royalty to many but I worry that Psylocke will be underwhelming. Maybe not due to Munn's  acting ability per-say, but I'm not sure Psylocke will get the screen time she needs to really give the fans what they're looking for. Psylocke is a popular character, and as far as looks go you really couldn't have better casting than Olivia Munn. Let's just hope that's enough to fulfill the role.

I'm still left with two big questions, though. Why is Caliban in this, and not one of the horsemen? Also, where the hell is Wolverine? I'm not so worried about Caliban's involvement. I'm expecting he becomes a horsemen later, or there's some sort of hint to it. My guess is Angel steps down in one way or another, and Caliban takes his place. Bryan Singer could very well ignore all of the story line and just pull a complete one-eighty and go in an entirely different direction. I wouldn't understand the reason for bringing Caliban into the movie, though. He's a name not too many fans know and he's much more on 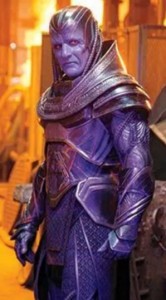 the obscure spectrum of characters. There has to be a reason he's here more so than just "Hey, remember this random dude from the comics?". He's a Morlock, yes - and there's definitely a presence of that team in this movie. He's also got a tracking ability, so I'm guessing he's a pawn for Apocalypse already or he becomes one.

There's also Logan, or his absence thereof. He's been one of Apocalypse's horsemen, and is also a fan favorite (all terrible film renditions aside).  Maybe Singer feels like he's got enough going on that maybe leaving out Logan won't leave too many disappointed?

I personally don't need to see Wolverine in another X-Men movie. I feel he's been a key character in almost every other X-Men movie we've seen to date. Doing one more without him as a focal point might not be such a bad idea. We don't want too much going on (I'm looking at you Batman v. Superman). All absence of the icon character, and story line adjustment aside this looks a lot better than it did at it's release during SDCC 2014.  This movie did not get off on the right foot. So, to see this trailer it's really given me something to look forward too. I can't be only one. We'll just have to wait and see until May 27th!

When comic books were a Panic