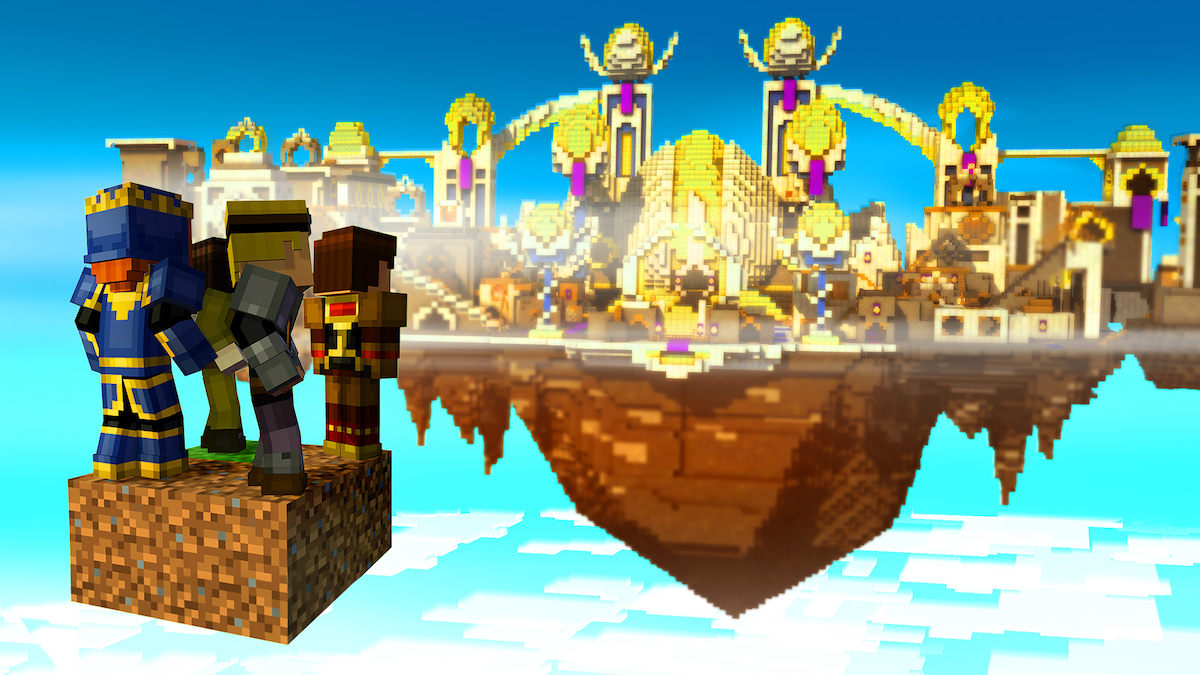 It's been three months since Jesse and his friends defeated the Wither Storm, leading the world of Minecraft: Story Mode back to its peaceful days. It had its ups, and it certainly had its downs, but in the end the reunited Order of the Stone was able to bring forth a story that was pretty good in the end. So what now? Where do Jesse and the rest of gang go from here? From the series' fifth episode "Order Up," the answer is pretty obvious: onward towards adventure!

"Order Up" has the New Order of the Stone in the midst of a treasure hunt. Once completed they head back to Ivor, who discovers that the special trinket Jesse discovered is the key to find the legendary Eversource. Returning to the scene of the treasure Jesse, Ivor, Lukas, and Petra discover a new portal location, but before they can enter it they are ambushed by Aiden and the Ocelots. Once there they discover a new world called Sky City, where a ruler has watchful eye on every person to make sure illegal building or crafting doesn't happen. From there Jesse and the gang must find Aiden and -- quite possibly -- the Eversource Ivor is seeking. 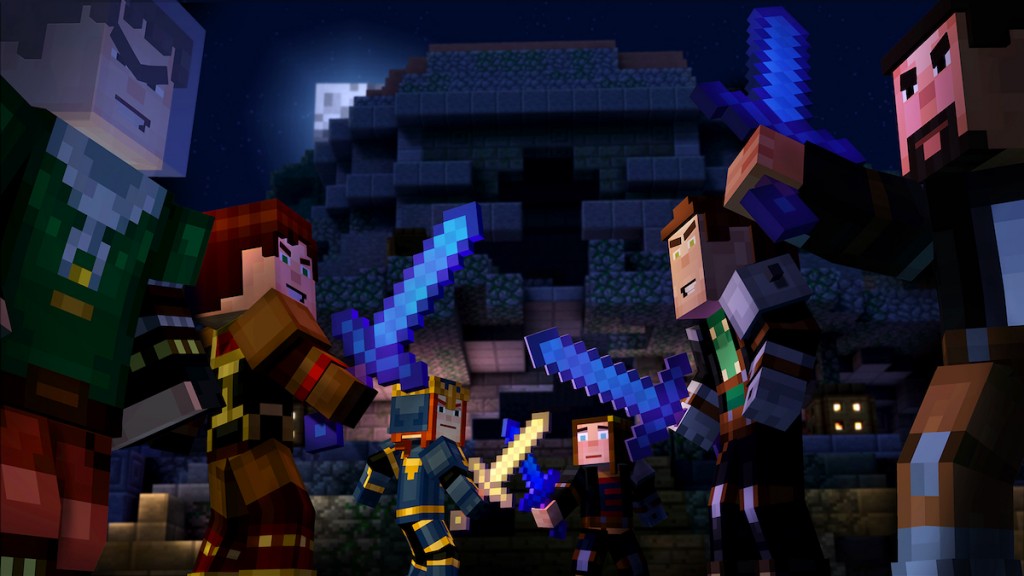 With the main story done Minecraft: Story Mode does its best with some standalone tale-telling, and surprisingly it takes up the task quite well. The characters, especially Ivor and Lukas, come off here more well-rounded and third-dimensional rather than act as folly or secondary characters. The addition of the character known as the Founder also helps with beefing up the story, with her controlling capabilities coming off more sympathetic than evil. With Aiden now being seen as the villain for this tale, his jealousy towards Jesse and his friends helps to pave way to fine standoff towards the end of the episode.

As for Episode Five's pacing while it did a great job with telling the story of Sky City and the Eversource there were some areas where the fat could've been trimmed to get to the main part of the tale. With that being said I was pleasantly surprised to see a whole lot more chances to pull out my sword and get to some zombie and creeper-slaying. Even the big battle towards the end of the game was rather exciting, and -- in a way -- it put the Wither Storm fight to shame in some areas. 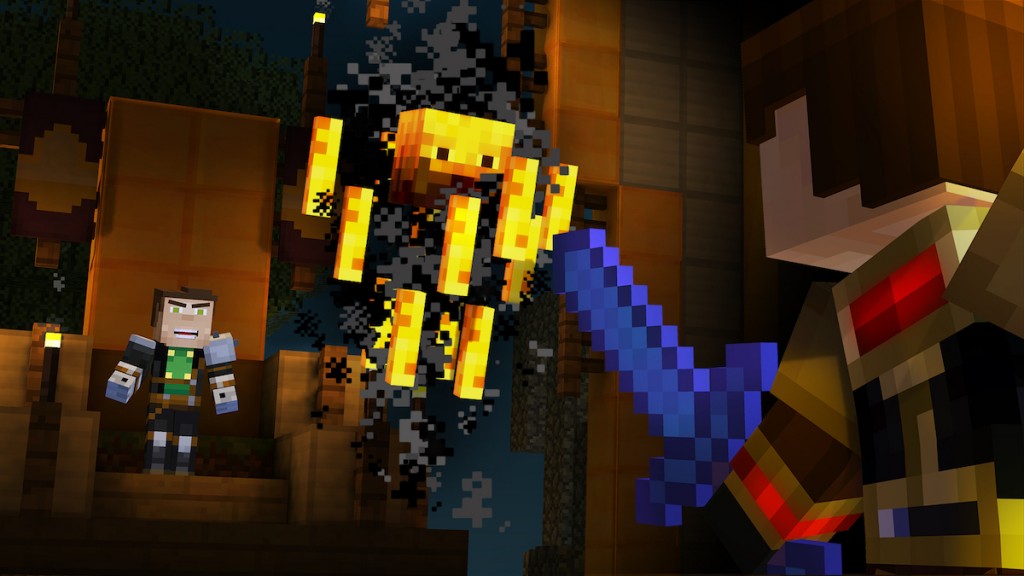 Gameplay-wise dialogue choices could be hit or miss, but for the most part what's given works for the story that's being told. However I couldn't help but notice that a good chunk of the game's subtitles was different from the dialogue actually being said. Perhaps there were some last-minute changes in the recording booth, but it was sorta off-putting to see some of the written dialogue reveal some things that the game itself had not brought forth yet in the story. A character's real name was revealed way before they themselves hadn't told Jesse yet, and even some backstory told in the subtitles had been sliced off completely in the voice acting.

Despite some pacing issues, "Order Up" has proven to be a great step forward for the Minecraft: Story Mode series. While it has some catching up to do quality-wise to Telltale's other impressive arsenal, this spinoff of Mojang's popular game has shown that it can shine with the right kind of storytelling and attitude. Here's hoping the upcoming bonus episodes will continue on with this trend of gameplay goodness.