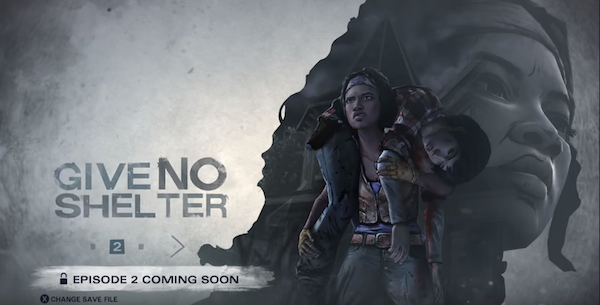 Middle chapters in any series run the risk of calming down a little too much and losing focus. The second episode of The Walking Dead: Michonne, entitled Give No Shelter, avoids these problems by ramping the action up even higher and never letting go. Having established many of the characters and their relationships in episode 1, Give No Shelter is able to explore both Michonne's tragic past and the perils of accepting strangers into your safe-house during the zombie apocalypse.

Starting immediately where we left off previously, Michonne, Pete and a scavenger named Samantha have been taken prisoner by a group living on a bunch of boats led by the menacing Norma and Randall. The episode starts right off with a bang as the group attempt their escape from the clutches of this savage pair. In an attempt to spoil as little as possible, all I'll say is that this episode, with very little time to dawdle, focuses heavily on action and driving the story forward. There was one scene in particular where something took me completely by surprise and I even said "Oh damn!" while I was playing. 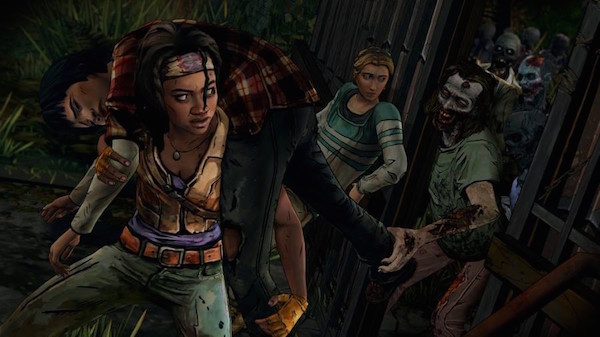 This episode is probably the shortest Telltale entry I've encountered to date. This isn't even a major complaint as the pace of the action throughout the episode is excellently done and it did not feel like there were any cut corners in terms of content. Give No Shelter continues the trend of this miniseries by focusing on action and building character relationships. I can tell you that by the end of the episode I was far more invested in Sam and they've done an great job of developing Randall as a villain.

One issue I encountered several times throughout this episode had to do with walking. Sometimes, the camera will shift while you're walking. Then, from your new perspective, you need to continue traveling forward. Not usually a problem in most games, but for some reason I had a hard time understanding exactly which button I needed to press to go the way I wanted. There was a moment where I was even eaten by a zombie, no big deal since the checkpoints are frequent, but breaking up the action like that certainly hinders the experience. This could easily be user error, I was playing with a keyboard and mouse and I usually use a gamepad, but it happened a couple of times and is worth noting. 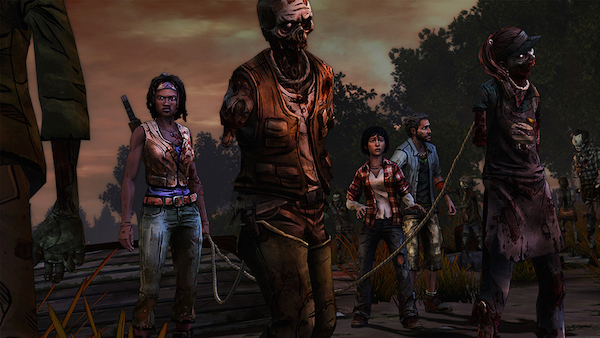 The opening and closing chapters of any story are always going to be big, but I was surprised at just how much real action they were able to squeeze into this second episode. It's looking like the miniseries format might actually work well for both the release schedule aspect and general flow of the story. If this works out well for Telltale, I would love to see more miniseries going forward featuring some of the other properties they've used. You can download The Walking Dead: Michonne - A Telltale Miniseries Episode 2: Give No Shelter now on PC, Mac, PS4, PS3, Xbox One, Xbox 360, iOS and Android today.

New frESHlook | Me and My Dinosaur...